The Shoe on the Roof 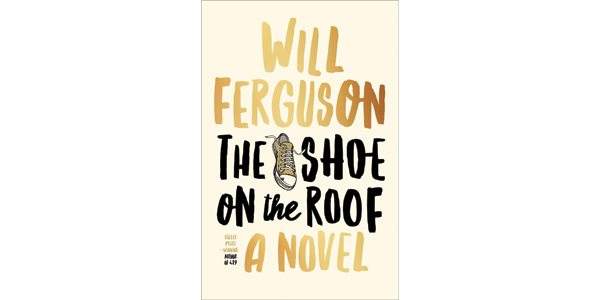 Is madness a choice? Can a person be “driven sane” through behaviour modification and tough love? Is a sense of oneness with God nothing more than a reaction to stimulation in a specific part of the brain? These are some of the questions posed by Will Ferguson in his latest, absurdly funny novel, which blends a boy-meets-girl, boy-loses-girl storyline with a deeper examination of religion and mental illness, and a wholly unnecessary murder mystery subplot.

Young Thomas Rosanoff is in love with Amy, a painter and avid church attendee. Amy decides to test their relationship by faking a positive pregnancy test, then dumps Thomas when his immediate response is that she get an abortion. Following Amy’s departure, Thomas goes a bit off the rails. In an effort to regain Amy’s trust and affection, Thomas – a doctoral student in experimental neurology at Harvard – sets out to cure her schizophrenic brother, Sebastian, of his belief that he is Jesus Christ. His method? Confront Sebastian with two other men (both homeless) who also believe they are the Messiah. They can’t all be God, so the goal is to make at least one of them admit he is not, and Thomas hopes it will be Sebastian who sees his delusion for what it is.

That Thomas’s experiment is doomed to fail is clear from the start, but Ferguson peppers his text with a few well-placed asides to the reader that let us know he is fully aware of the more preposterous aspects of his plot, and the fact that his protagonist is a bit of an ass.

Though more serious and troubling narrative elements (including Thomas’s own deteriorating mental stability) are laced throughout the first two-thirds, it isn’t until the final stages that the tone shifts more into tragedy, and we realize how skilfully Ferguson has developed Thomas’s character. At first, we’re regaled with pre-Amy scenes of Thomas as a horny college student using his increasing understanding of psychology to lure women into bed. By the time we’ve reached the book’s climax, we see him as a psychically damaged young man willing to go to extreme measures to hold on to the only woman with whom he’s ever felt a real connection.

The other characters are a mixed bag: two of the three Jesuses (Eli and a man Thomas dubs the Magician) are pitch-perfect in their dialogue and characterization, but Thomas’s father – an esteemed psychiatrist who subjected his child to constant surveillance and built a career on publishing his observations –is a standard-issue self-serving egomaniac.

The book is genuinely enjoyable to read, and there’s no denying Ferguson’s charm. He even manages to make fairly complex exposition about neurology and psychobabble interesting. There is a throwaway reference to rape fantasy that might prove troublesome; the fact that it wasn’t cut despite its lack of importance to the narrative is odd. But given certain characters’ ideas about religion (“God is an evolutionary relic … like an appendix or wisdom teeth, but with a higher body count”) and mental illness (“Sickness is physical. Crazy is how you act. Crazy is in your control”), it’s unlikely Ferguson is worried about a bit of controversy.