The Son of the House 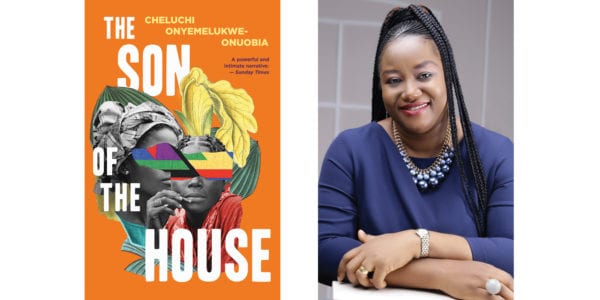 The debut novel by Cheluchi Onyemelukwe-Onuobia, who splits her time between Halifax and Lagos, is powerful and nuanced feminist fiction.

The Son of the House begins when Nwabulu and Julie, two women from different classes of Nigerian society, are kidnapped and held hostage together; from this narrative setup, the characters then share the stories of their lives with each other – and with the reader.

Part one opens in 1972 and immerses us in the life of Nwabulu, who has been a housemaid since the age of 10 and dreams of becoming a typist. We witness her fretful upbringing with her stepmother, who then sends her to Lagos to work in the house of a couple from their village. Young Nwabulu willingly departs as she has been told that she will be sent to school, but the promise is not kept. She is forced to endure rape by her employer and returns to her village in less than a year, only to be sent to work in the town of Enugu. However, “good things happened to me there – I went to school, I learnt to read, and I fell in love with Urenna.” Though she falls in love with the son of a rich family, and bears him a son, this relationship does not lead to marriage or happiness.

Onyemelukwe-Onuobia conveys the roller coaster of emotions that Nwabulu experiences with perfectly executed cliffhangers to her chapters. Nwabulu, now a businesswoman, unfolds her life story with the controlled pacing of an expert storyteller; the revelations of the past create immediacy and a strong forward momentum in this captivating page-turner.

Part two, Julie’s story, opens in 1973. Julie belongs to Nigeria’s upper class and is the girlfriend, then second wife, of a rich married man named Eugene. Because sons are prized in this patriarchal society, Julie adopts a son and raises him as her own. The child brings her purpose and recognition; she secures her own happiness in caring for him and simultaneously raises her status in the polygamous marriage. But her son, also a victim of kidnapping, has a shocking birth story that binds the two women well beyond their captivity and their exchanges in the dank hostage cell.

The final section of the novel returns to the events of the kidnapping with the chapters alternating between the two women. Onyemelukwe-Onuobia’s use of dramatic irony lends urgency to their storytelling, the reader anxious to discover what will happen when the truth about the intersections in their lives are revealed.

The Son of the House is a powerful voice-driven novel that draws from fables and Nollywood to create a moving portrait of female friendship, diverted dreams, and heavy grief.