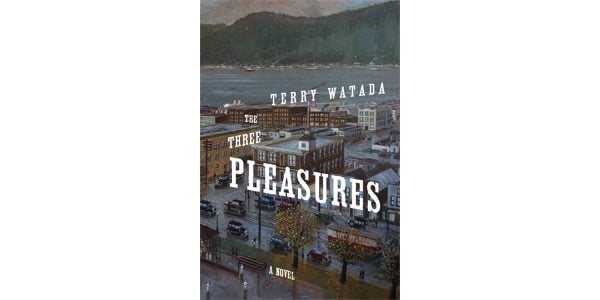 The internment of more than 21,000 Japanese-Canadians, most of them in B.C., during the Second World War is a known but largely under-acknowledged black mark in Canada’s history. Justified by the War Measures Act and the Japanese bombings of Pearl Harbor and Hong Kong, the mandatory evacuation of the Japanese-Canadian population from the West Coast of Canada to ghost towns and camps in the B.C. interior, farms in Alberta (where the men were subject to forced labour), and what amounted to concentration camps in Ontario is one of the most heinous examples of the abuse of power perpetrated by the government under the guise of protecting the citizenry (read: the white population) from the threat of “enemy aliens” during wartime.

In his latest novel, Toronto author Terry Watada employs the first-person narration of a young Japanese-Canadian named Daniel Sugiura to give readers an insider’s view of the happenings, from the weeks preceding the bombing of Pearl Harbor and the implementation of the evacuation through the end of 1945.

Daniel is the Canadian-born son of parents who came to Canada during the first wave of Japanese immigration between the late 19th and early 20th centuries. Like many of his generation (known as Nisei), Daniel feels no particular loyalty to his parents’ country. At first, his narration expresses typical generational conflict: while his mother and father cling to the ways of the old country and resist any kind of assimilation, Daniel considers himself Canadian first, resenting the fact that his elders expect him to speak Japanese (of which he has only rudimentary knowledge) and continue to blindly respect the tenets of honour that are so important in Japanese society.

With the formation of the British Columbia Security Commission and the edict requiring all Canadians of Japanese ancestry to register, the tone of the story shifts to more serious matters. Daniel – an English Lit major at the University of British Columbia – is convinced to join the staff at The New Canadian, an English-language Japanese newspaper helmed by Tommy Shoyama. Despite the fact that Daniel feels ill-equipped as a journalist, Tommy convinces him he is needed, and sends him out to begin covering the goings-on in their ethnic enclave, alternately referred to as Little Japan or Japantown.

Over the course of the novel – which combines real-life figures and events with fictional ones – Daniel’s job as a journalist (and Tommy’s mysterious connections) allows him to remain in Vancouver and travel between the internment camps, always with a “get out of jail free” letter in his pocket. It’s a handy device, but the fact that Daniel, a lowly and inexperienced writer, would be allowed such freedom of movement and access to high-ranking officials and important situations at times beggars belief.

Among the outsize figures Daniel encounters are the men who comprise the Three Pleasures of the book’s title: Morii Etsuji, the local mob boss, who is conscripted to act as liaison with the Japanese-Canadian community; Watanabe Etsuo, leader of the fishermen’s association in the coastal town of Steveston; and Etsu Kaga, a man loyal to the Emperor of Japan who becomes a leading figure in the rebellious Yamato Damashii Group. Though these men play important roles in how the removal of Japanese-Canadians transpired, they ultimately get lost within a huge cast of characters. Watada packs his narrative with men, many of whom appear only for one scene. Others – including Tommy and the Buddhist minister Reverend Tsuji – overshadow the figures the story is putatively centred on.

Events unfold in a linear but jumbled fashion: Daniel describes the initial accession of the Nisei and Issei (first-generation immigrants) to the registration and early evacuations, followed by growing unrest among the Nisei as their families are torn apart, the men sent to labour camps or to build roads or work on farms, while women, children, and the aged are shuttled off to camps and ghost towns without a means of supporting themselves.

There is a lot to digest in Watada’s epic novel. The forced evacuation, selling off of Japanese-Canadian property and businesses, splitting up of families, violence, racism, clashing opinions and powers within the community, and shifting allegiances should make for an engaging and informative story. But Watada’s reliance on a narrator whose voice feels indifferent and detached, even when he is apparently experiencing grief, anger, or passion, undermines the effect, as does the rambling, character-heavy plot. We don’t even find out what life in the camps was like until two-thirds of the way through the novel, when Daniel finally contrives to get himself sent to one. Readers will likely come away from the book with more questions than answers, and no clearer understanding of how devastating the internment really was to those who experienced it.