★This Is How I Disappear 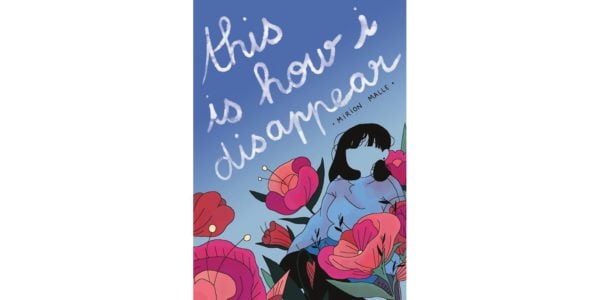 In This Is How I Disappear, Malle shows us the daily life of Clara, a young woman living a typical twentysomething life in Montreal, complete with a frustrating entry-level job, some artistic aspirations, occasional karaoke with friends, and the strangeness of dating apps. But for Clara, the struggles of this typical life are all coloured by her worsening depression, her increasingly frequent panic attacks, and the trauma of a sexual assault that happened years ago and continues to haunt her. This Is How I Disappear is not a happy book, as should be immediately apparent to anyone who caught the My Chemical Romance reference in the title, but like the album the song appears on, it is also a story about yearning for happiness.

We come to know Clara’s interior struggles through a series of tight, tense vignettes. Not very much happens in this book: Clara has an awkward conversation with her boss about her vacation time, or she leaves a party suddenly and won’t answer her friends’ texts. But while the action is low-key, there is dense emotional intensity, along with a good dose of wryness. Malle demonstrates that for a person living with trauma, the most mundane interactions and relationships can sometimes feel like a punch in the gut – or the psyche.

Despite the serious tenor of the book, the story unfolds with enough varied texture and breathing room to buoy the reader until the eventual glimpse of optimism that Clara finds among trusted friends. It is rare that an illustrator can so fluently provide both the gravitas appropriate to such heavy themes and enough visual verve to keep the reader from feeling dragged down by them. Malle’s text, co-translated by Aleshia Jensen and Bronwyn Haslam, is brought to life by some of the most accomplished, expressive, smart, and stylish black-and-white cartooning published recently. Malle’s line is simple; her forms are lithe and full of movement – no small feat in a book that depicts so much talking, thinking, and feeling. Her layouts, the deft use of extreme close-ups and abstraction, and her character design contribute both nuance and clarity to this challenging narrative. This Is How I Disappear is emotionally taxing to read, and that’s precisely why its aesthetic delights are integral to the work: the beautiful simplicity of the line, the figure, and the background draw the reader forward with Clara.

What Clara goes through is horrifying and will resonate with so many. Emotions and self-reflections, breakthroughs and setbacks, all presented through a montage of ordinary but impactful moments: Malle articulates a deep and moving study of depression and trauma. This Is How I Disappear is a story of vital importance beautifully told.