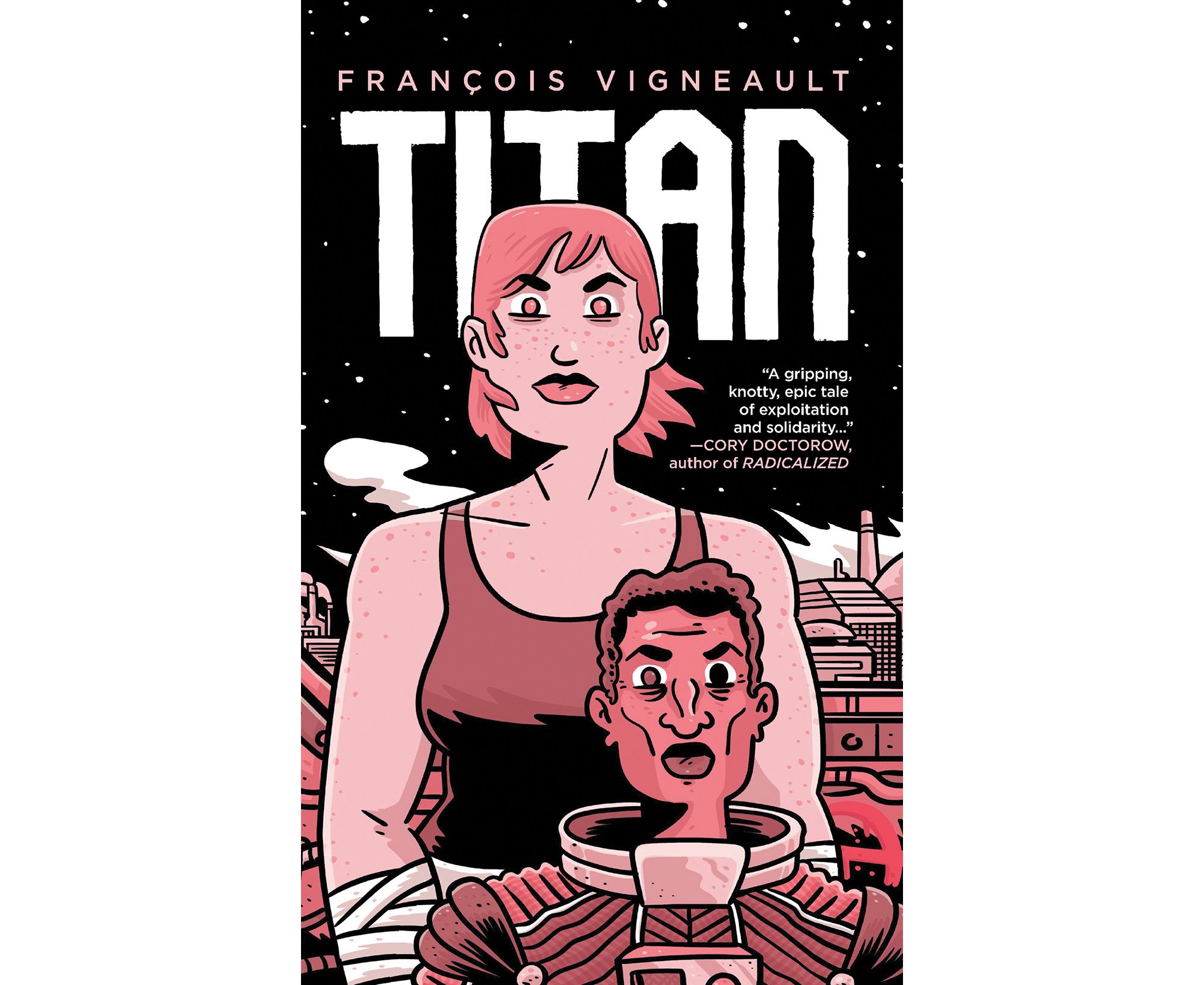 Old energy sources have become unsustainable. An alienated workforce agitates for systemic change. New technologies are manipulated to nefarious ends. And a world can no longer bear its own government’s kleptocracy. Science fiction is often about our present realities, and Montreal cartoonist François Vigneault’s stellar graphic novel, Titan, knits together contemporary issues with an expansive and fascinating vision of a future on a faraway moon. Coming from Portland, Oregon, comics publisher Oni Press (known for quirky hits like the Toronto-centric Scott Pilgrim series), this taut, suspenseful sci-fi book is a new English-language edition of work previously published in French by Montreal’s Éditions Pow Pow.

Set on Saturn’s eponymous moon, Titan follows manager João da Silva, sent to take charge of a remote industrial colony after its previous manager is incapacitated by a mysterious illness. Though da Silva and the rest of the colony’s management are from Earth, the larger workforce here are, well, Titans: giant humans bred for work on remote space stations, strong-bodied but unable to survive in Earth’s gravity. Da Silva is eager to get to work, and Phoebe, a Titan union representative, shows him around her station. We learn that the declining productivity is due not only to outdated and crumbling infrastructure but also to increasing tensions between the Titan workers and their Terran bosses. Despite their differences, Phoebe and João make a real connection, though working together is easier said than done. Propelled by secret allegiances, unexpected decisions, and a real sense of heart, Vigneault’s narrative unfolds as a fast-moving page-turner, but it is also a complex, visceral, even chilling exploration of the ways our identities, and our very humanity, are enmeshed with the larger political landscapes in which we find ourselves – for better and, sometimes, worse. 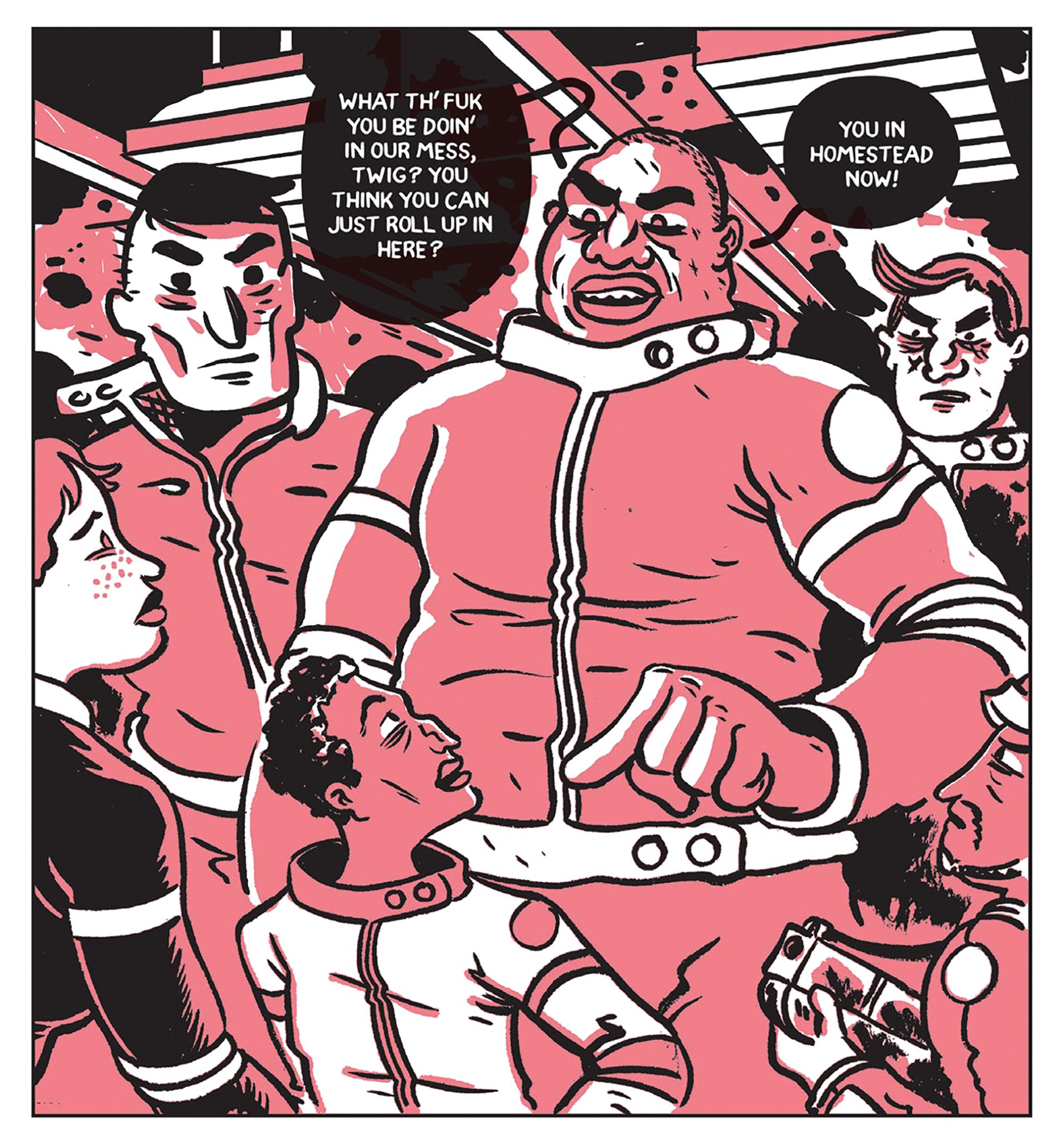 Vigneault’s cartooning is lively, conjuring a community on the verge of revolution in otherworldly red, black, and white. The accessible visual style is an integral part of his world-building, as is the dialogue infused both with 22nd-century neologisms and the various dialects of a society divided by class and geography. Blending elements of political thriller, hard sci-fi dystopia, and classic love story, Titan is a brisk but rich read. Vigneault has already accumulated quite a number of award nominations and wins in both Quebec and France, and his English-language graphic novel debut is not to be missed.