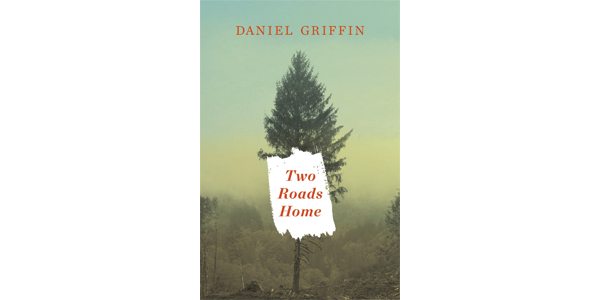 Set in 1993, Victoria writer Daniel Griffin’s debut novel follows a group of environmental activists on Vancouver Island who set off an explosion at a supposedly unmanned logging warehouse. The bombing badly injures a worker and sets in motion a chain of events with far-reaching consequences.

Pete Osborne, the staunchly idealistic 24-year-old who detonates the explosives, goes off the grid and soon finds himself in the company of a group of squatters living in the shadow of industrialization’s encroaching clear-cut sprawl. Pete’s activist comrades likewise go underground, their mission and ideals cracking under the strain of mingled guilt and fear. Meanwhile, Pete’s mother journeys to the West Coast in search of answers and her missing son.

Though slow to start, Two Roads Home effectively pulls together a ragtag cast of characters. These figures appear like a single entity from afar, but upon closer inspection, they splinter into nuanced individuals the way the forest splits into separate trees when seen up close. Activists, squatters, and parents are all united by a desire to keep the things they love untouched and pristine – a desire that grows unwieldy and complex as the repercussions of the explosion ricochet out into the world and illuminate hopes and values that reside well beyond the land being fought over.

Pete is an arrogant, self-righteous type with haughty, unexamined convictions. Though he deserves the comeuppance the bombing brings with it, he is also young and naive, and his character’s redemption arc is subtle yet realistic. Griffin’s novel offers no easy answers, but this is appropriate, given that the questions it poses are complex and thorny. The ultimate message of Two Roads Home is that the way we navigate between conflicting ideals and imperatives owes as much to chance and circumstance as it does to determination.