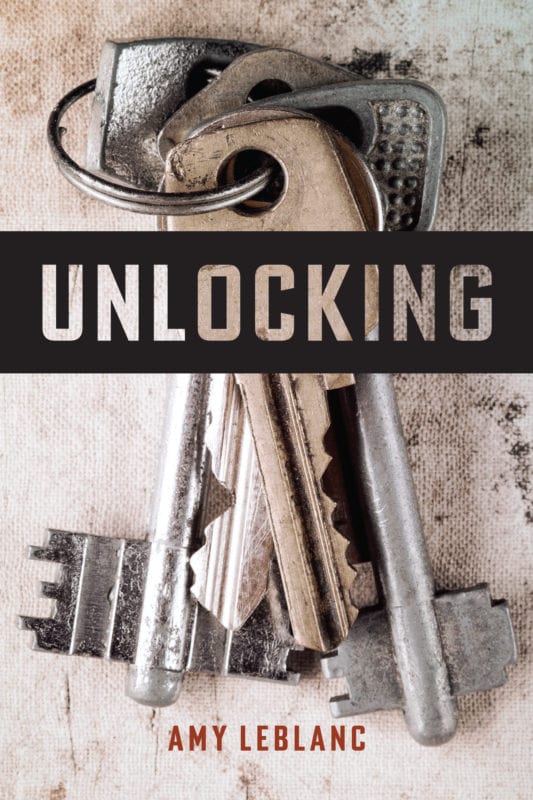 Though about 3,000 kilometres and a century apart on the map of Canadian literary places, Amy LeBlanc’s Snowton, Alberta, recalls Stephen Leacock’s Mariposa, Ontario – both little towns sketched with a fondness that’s not shy to knock the local citizenry down a few pegs. A place “ripe with whispers and furtive conversations,” LeBlanc’s town (population 3,039) also shares traits with those proliferating places found on the Hallmark Channel where inquisitive bakers, librarians, and novelists solve murders in their spare time. In Unlocking, her first book of fiction, LeBlanc showcases quirky plot lines and an enjoyably gentle sense of humour. But at barely 100 pages, the novella does not adequately address LeBlanc’s weightier themes.

LeBlanc’s clockwork plot is catalyzed by a suspicious death. Eccentric Euphemia Rosenbaum, long covetous of town secrets and a habitual snoop, has been biding her time. As Unlocking opens, she capitalizes on the juicy secret of her neighbour, Louise Till, the town council secretary who also runs the hardware store she inherited. Turns out, Lou has a collection of 166 keys – unauthorized copies she’s cut over the past two years that allow her access to the homes to which the keys belong.

Lou’s compulsion and crime (which is kleptomania adjacent) stems from grief: about the end of a marriage that kept her in Snowton – despite earlier dreams of being a poet – and the death of her parents from carbon monoxide poisoning. The latter was either a terrible accident or an inexplicable double suicide.

Ever “observant and patient,” Euphemia has a problem of her own. She has been informed her partner, Isabella, died of old age; the widow suspects foul play. In no time, she has blackmailed hapless, outclassed Lou (with her “unwashed hair, holes in her socks, and a cluttered mind”) into breaking into the homes of Euphemia’s suspects – comical figures, including a vain crime novelist and a couple with a property overrun by garden gnomes. All the while, Lou sulks and tries to keep another secret: since her separation, she’s been residing in the store’s storage room with her aged cat, Magician.

From a nosy nurse to Lou’s “new partner in crime,” LeBlanc shows a deft hand with light-hearted satire and farcical goings-on. The pairing of Lou’s reluctant and thoroughly amateur break-ins with Euphemia’s archness and mastermind pretences keeps the pages flipping.

Still, the proximity to a slight TV-movie script grows less appealing, and the easygoing comical pace doesn’t support LeBlanc’s ambitions to depict Lou’s complicated grief or her panicked search for a meaningful life. Once the crime is solved, LeBlanc offers a pat resolution for Lou that suggests the need to end the story rather than a logical resolution of the protagonist’s fraught psychological quest. Lou’s a captivating character; an extra 50 pages with her would have been time well spent.