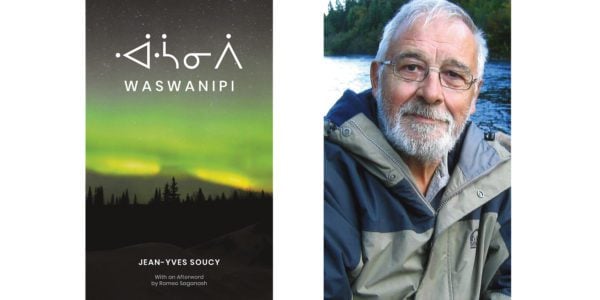 It was 1963 when a young Jean-Yves Soucy, the late Montreal-based writer, publisher, and journalist, arrived by floatplane for a summer job as a fire warden in the thick boreal forest of Waswanipi in central Quebec. In this slim volume, unfinished due to Soucy’s death in 2017, he returns to this time in his life to offer a tender, sensitive look from a settler perspective at a disappearing way of life among the Cree people who inhabit this land.

Soucy’s narrative vividly recalls a time when the traditional life – living off the land, hunting, fishing, gathering – was still possible for the Cree community, before the residential school system and relentless extraction of resources changed everything. It honours the memory of the community as it was in this period. Remarkably, it avoids the dangers of romanticism, informed instead by a subtle yet searing critique of colonialism and its ravages. The epigraph to the book, from Dee Brown’s Bury My Heart at Wounded Knee – “When the White man comes in my country he leaves a trail of blood behind him” – signals this critique and frames Waswanipi as more than mere memoir.

Soucy describes a world scorched by white racism and marked by contempt toward the Cree. The depth of discrimination, which is met, in turn, with profound distrust, greatly impacts the young Soucy. Perhaps owing to his empathetic mindset he is able to forge friendships. With Tommy Gull and William Saganash, his Cree guides in this vast wilderness, he builds a bond fused through humour and quiet acceptance of difference.

What makes Waswanipi compelling, despite its rough, unfinished qualities, is Soucy’s astute observation and recollection. The evocative descriptions of undisturbed wilderness reveal a naturalist’s eye and are made more meaningful by the way they are informed by Indigenous understandings of the land. Reading Soucy’s prose, one senses that he learned well from his Cree guides; walking in the bush at their side, he listened, observed carefully, and pondered the natural world.

As well as a testament to the friendship that Soucy enjoyed with the Cree, Waswanipi evokes intimations of grief in his interactions with the families, and his narrative is a moving lament for the loss of Indigenous children and ways of life. Soucy’s reflections are made more poignant and powerful by the inclusion of an epilogue by William’s son, Romeo Saganash. It was at Saganash’s urging that Soucy eventually wrote the book; “You got to see the end of an era,” observed the renowned lawyer and former member of Parliament.

All told, the book is a fascinating glimpse of a time when colonialism was on the cusp of imposing even more drastic alterations to the land and lives of the Cree people. It honours a way of life now almost unrecognizable while still holding out hope for reclamation.