Who Was Doris Hedges?: The Search for Canada’s First Literary Agent 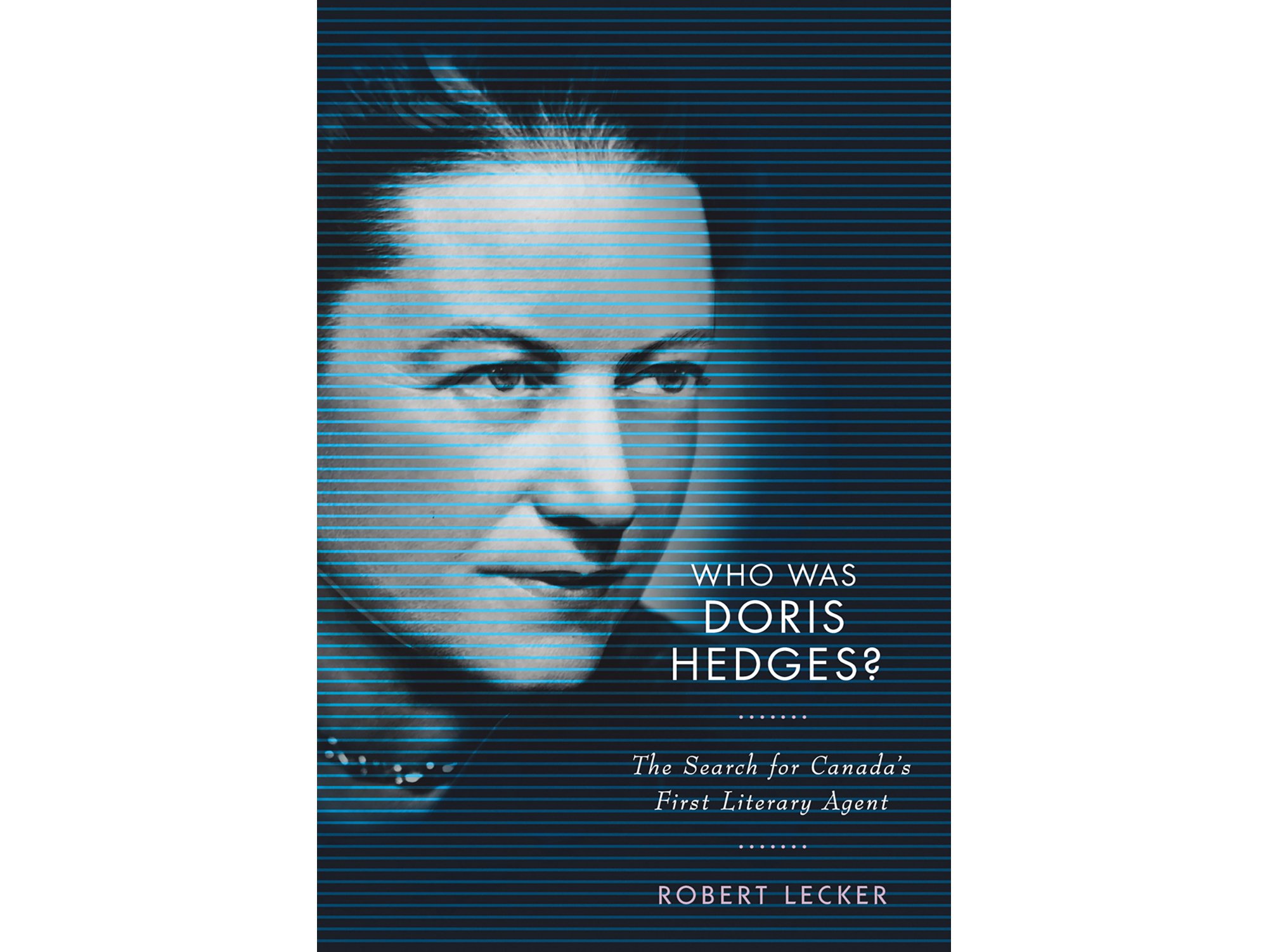 Ask any historian of Canadian literature to name the country’s first literary agent and the response you’ll likely get is Matie Molinaro. Founder of the Canadian Speakers’ and Writers’ Service, the Toronto-based Molinaro was at one time the only professional of her kind in the country. Her company was responsible for representing foundational CanLit authors – including Earle Birney, Harry Boyle, and Marshall McLuhan – from its establishment in 1950 through the 1970s, when other agents and authors’ representatives began to appear on the scene in force.

But McGill University professor and former publisher Robert Lecker points out that the identification of Molinaro as Canada’s first professional literary agent is incorrect. That honour goes to Doris Hedges, who in 1946 partnered with Donald Cargill Southam, of the Southam media family, and the wealthy Frenchman Jacques Teste de Merian to form what their business registration refers to as “trade and business in co-partnership as Literary Agents” operating out of the Dominion Square Building in downtown Montreal.

Hedges came from money. Born in Lachine, Quebec, in 1896, she was related on her mother’s side to the prominent Dawes family, who were responsible for establishing the first Lachine-Montreal telegraph service and had connections to the Merchant Bank of Canada. Her husband was Geoffrey Hedges, the scion of the Benson and Hedges tobacco empire. Hedges moved in privileged circles: as a teen, she lived in Paris, where she associated with Gertrude Stein and Isadora Duncan and danced at a party with Vaslav Nijinsky.

Her early exposure to iconic figures in culture and the arts seems to have given Hedges an inflated sense of her own abilities and importance: once she began publishing her poetry through the Ryerson chapbook series, she pestered Ryerson publisher Lorne Pierce about what she perceived as the company’s inadequacy in properly marketing her work and hectored William Arthur Deacon, the books editor at The Globe and Mail, over the newspaper’s failure to review her. (Deacon’s pointed response indicates how little has changed between the mid-1950s and today: “Fifty years ago, poetry found a good market in Canada. I can only suppose that the kind of poetry being written has lost the ear of the public.”)

One reason Hedges’s writing might not have garnered more attention is that it was – not to put too fine a point on it – quite inept from a literary perspective. Lecker provides copious excerpts from the author’s poetry and novels, all of which he treats with the rigour and po-faced seriousness usually reserved for consummate stylists or Nobel Prize winners. This seems inappropriate when confronted with the awkward construction and pained observations of Hedges’s prose at its worst: “[Hilda’s] face crinkled up in an awful way and she suddenly burst into tears. She put her hands up over her face and rocked back and forth. Words poured from her in a dreadful sobbing whisper that sizzled on Waldo’s sensitive nerves like cold water on a hot iron.”

Rather than pointing out the manifest literary infelicities here – the vagueness of “an awful way,” the thudding repetition of “face,” the adverb “suddenly” modifying the shopworn cliché “burst into tears” – Lecker chooses to use this as evidence of “the physical demonstration of [Hilda’s] inner pain as she thinks about her husband and what has become of his life.” The character named Waldo, it should be noted, is a man who has died and been reincarnated as a dog.

Hedges’s poetry, meanwhile, much of which was published through vanity presses (though she was not required to contribute upfront costs to Ryerson prior to publication, as was common for the chapbooks), is bathetic doggerel: “I am a mail-box / shaking and vibrating / With the emotions / And the turbulence / Of human feelings / Put silently on paper.” (Shaking and vibrating?)

As a Canadian literary agent, Hedges was a groundbreaker, although she was by all accounts not very good at the job: Hedges, Southam, and de Merian was incorporated in 1947 and was more or less wrapped up by the end of the following year. “There is no listing for the business in the 1949 Montreal telephone directory,” Lecker writes.

The portrait Lecker offers of Hedges is that of a conservative, upper-class woman prone to self-aggrandizement and a sense of entitlement but lacking the talent to back it up. While she experienced some modest success as a writer – her poetry appeared in a variety of publications and Nelson Ball wrote an admiring note to her (dated, unfortunately, the year after her death) – her achievement is not in the same realm as that of contemporaries such as P.K. Page, F.R. Scott, or Louis Dudek. And as an agent, she appears out of her depth, lacking even a rudimentary understanding of how the publishing industry works in practice.

There is unquestionably a book to be written about the history of literary agency in Canada, and Lecker’s volume offers a point of departure for that future work. (Lecker himself wrote a paper on the subject for the Bibliographical Society of Canada.) But what is most apparent from a reading of Who Was Doris Hedges? is that its titular subject’s accomplishments amount to little more than a footnote in a larger history of CanLit’s early days.