Working in the Bathtub: Conversations with the Immortal Dany Laferrière 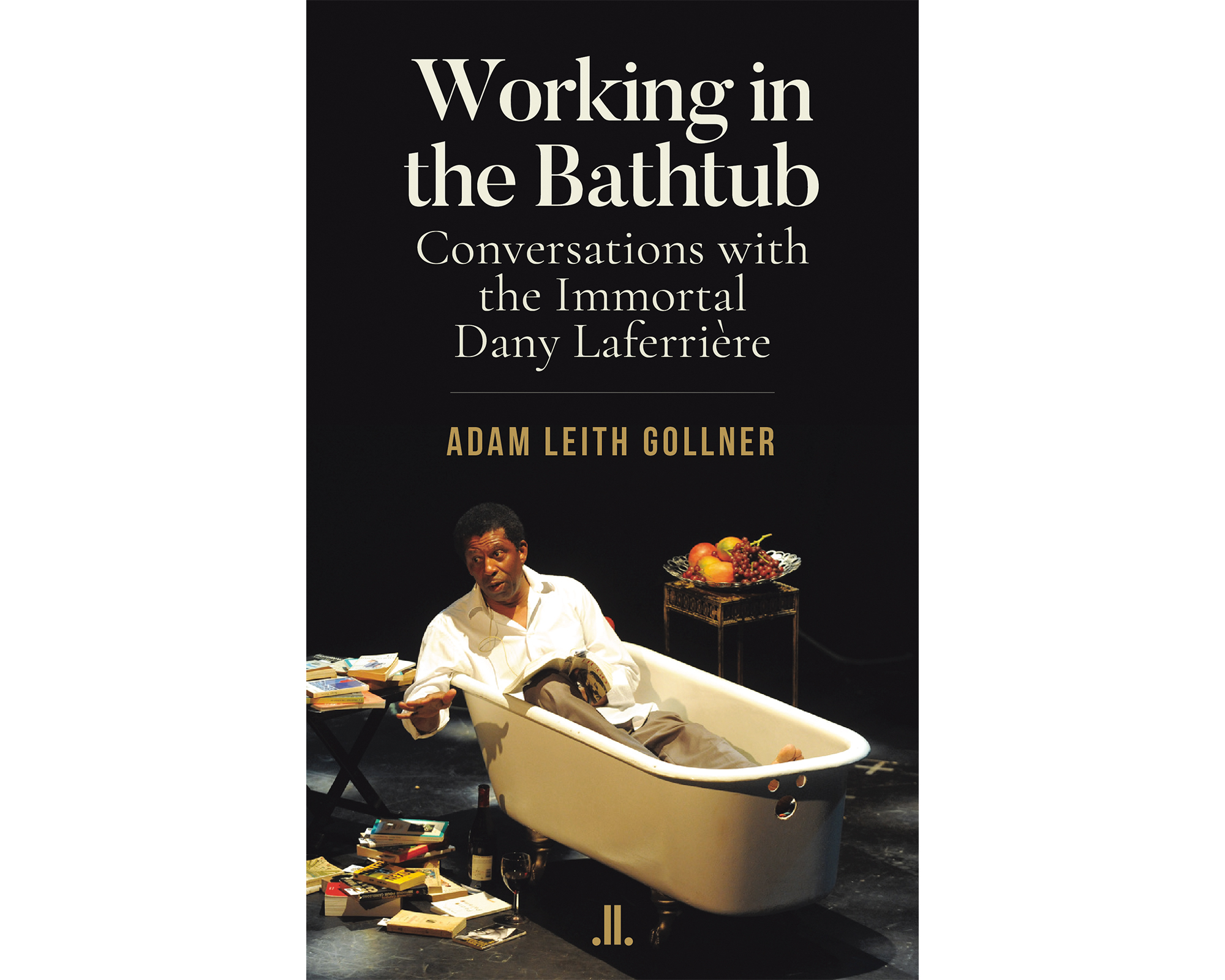 In the introduction to his collection of interviews with celebrated Haitian-Canadian author Dany Laferrière, Adam Leith Gollner writes that his subject’s “narrators are always a version of himself.” There is no line that divides Laferrière’s life from his writing: they’re one and the same.

Gollner interviewed Laferrière over the course of five in-person sessions, as well as exchanging many phone calls and emails. The conversations were conducted in French – the only language in which Laferrière will speak publicly – but released in English, first for the Paris Review and later expanded into a book edited and published by Gollner’s mother, Linda Leith. The connection is fitting, since Gollner first encountered Laferrière in 2010 at Montreal’s Blue Metropolis literary festival, which his mother founded.

Laferrière was born in Port-au-Prince and fled to Montreal in 1976 at the age of 23, to escape Duvalier’s regime after the assassination of his best friend and newspaper colleague. His first novel, 1985’s Comment faire l’amour avec un nègre sans se fatiguer, was written while living in Montreal’s Quartier Latin; although the novel launched his bright literary career, his long-time English translator David Homel has quoted Laferrière as saying at the time, “Nobody believed it was written by a Black man.”

Despite this initial reticence among readers, Laferrière has gone on to receive many illustrious awards and distinctions, including his 2015 investiture as an “Immortal” – a member of the legendary Académie française. Laferrière tells Gollner that his aim as a writer is “to seduce” his readers, “not to convince.” He creates sensual experiences in which colours and scents are of paramount importance. This is understandable given the author’s childhood immersion in the vibrancy of Haiti.

In the course of these interviews, Gollner becomes Laferrière’s captive audience. He rarely challenges his subject’s ideas, but his probing leads to illuminating revelations. He steers Laferrière down a circuitous path filled with insight, advice, optimism, and occasional moments of ruthlessness. Trying to explain his process to Gollner, Laferrière admits that “it sounds like a scam.” It is a scam that his readers have eagerly bought into.

UPDATE, Nov. 13, 2020: This review has been amended to reflect that Laferrière’s comment to David Homel that “nobody believed” his first novel was written by a Black man referred to all readers, not just white readers, as was originally written.