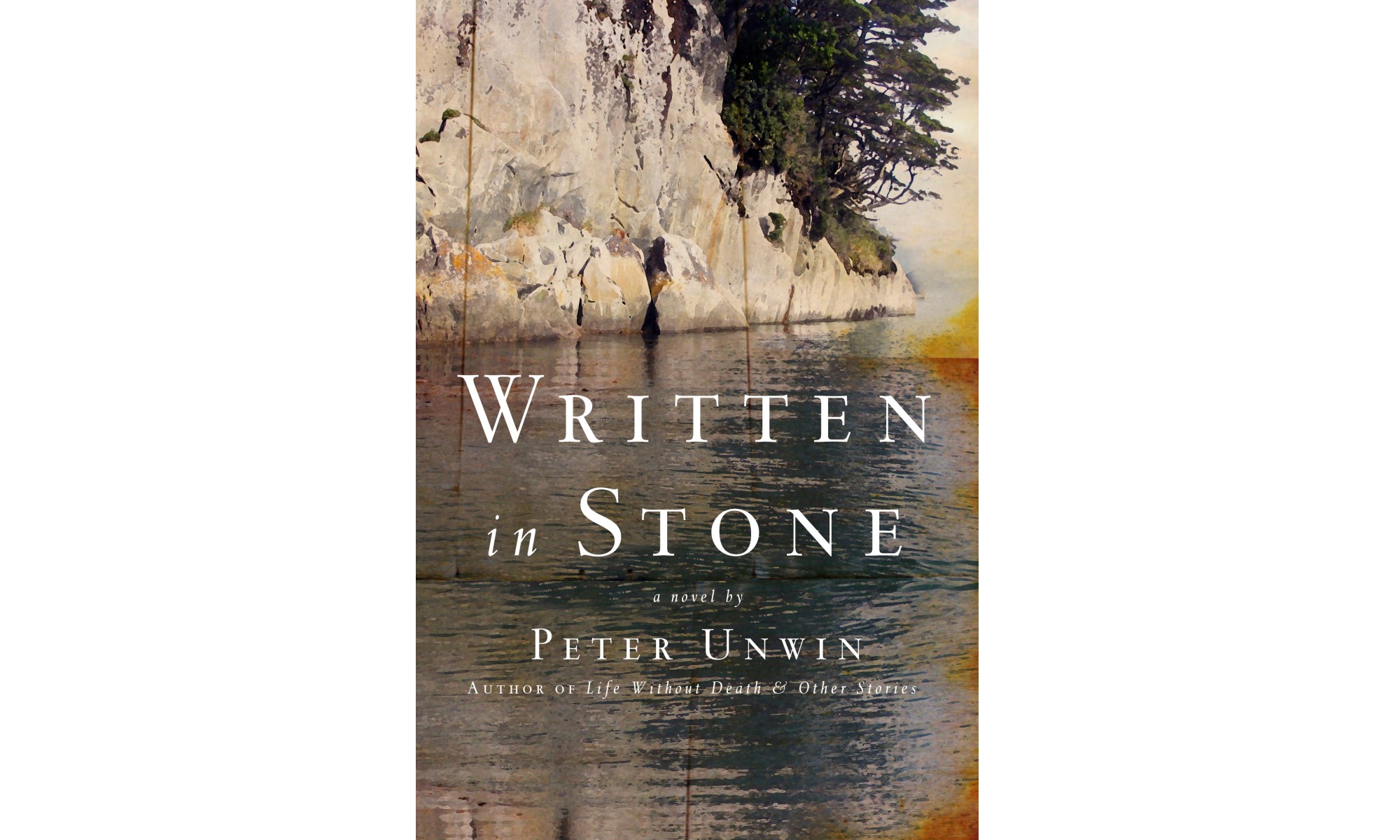 Linda first meets Paul at the cast party for a no-budget production of Beckett’s Happy Days in which Linda stars. Paul approaches Linda and asks if she’s any good with a canoe. When Linda begs his pardon, Paul launches into a monologue regarding the etymology of the word canoe. This is the beginning of their love story.

That a “sullen older man who cast an atmosphere of sullen disapproval” – a curmudgeonly, pompous man who declares himself “the world’s greatest authority on aboriginal rock art” – is meant to be seductive makes for a tricky gambit. Over the course of Written in Stone, author Peter Unwin will, to be sure, relay Paul’s pedantic antics with a degree of humour, slyly contrasting Paul’s verbosity with Linda’s reticence. Yet, while ostensibly favouring Linda’s point of view, the novel’s third-person narration, replete with a glut of epigraphs citing both real and fictive sources, is unmistakably aligned with Paul’s sensitive-macho, Thoreauesque pretentions. “[Paul] was one of those men who searched for a way to live,” Unwin writes, “and had not found it at home, or in the crass achievements of the world.” Later, Paul speaks to Linda about the importance of being outdoors: “It’s a blessing. The only thing that matters, like the musings of the dung beetle […] To have our feet on the rocks, to piss in the bush.”

Paul’s reverence for nature and the ancient world speaks to an anachronistic idealism that will prove perilous. He’s somewhat akin to Chris McCandless, the subject of Jon Krakauer’s non-fiction bestseller Into the Wild, or Timothy Treadwell, subject of Werner Herzog’s documentary Grizzly Man, though Unwin lacks the critical distance that Krakauer or Herzog brought to their respective protagonists. Whether you sympathize with Paul’s attitude toward civilization, whether you are inclined to roll with this non-Indigenous person’s staking claims in the territory of Indigenous art and history, you might find yourself wishing that Unwin invested Linda – an inveterate learner, a keen observer, and the more mysterious of the two – with as much attention as the windbag she ends up marrying. One of this novel’s most appealing refrains reminds us that everyone who passes through our lives, from elderly neighbours to fellow bus passengers, has a story. Alas, Linda’s story is ultimately overshadowed by Paul’s.

Authenticity is Written in Stone’s overarching theme. While following the winding path of Paul and Linda’s marriage, Unwin constructs a meaningful, lived-in portrait of long-term love in all its failings and rugged fortitude. There is much wisdom, for example, in the way Unwin characterizes the very different things Paul and Linda seek out – or stumble upon – in their discreet extramarital affairs. Where other novelists would use marital discord as an excuse to churn out scenes of high drama, Unwin’s most affecting passages allow certain marital negotiations to go unspoken or implied, leaving readers to fill the interstitial spaces with our own experiences of amorous turmoil.

Yet when he bends over backward to contrive a third-act plot twist, stripping his key supporting characters of their already shaky verisimilitude, all in the interest of proving that Paul’s life’s work was not undertaken in vain, Unwin strains to exalt the authenticity of a scholarly project whose integrity was somewhat dubious to begin with.