★Wrong Side of the Court 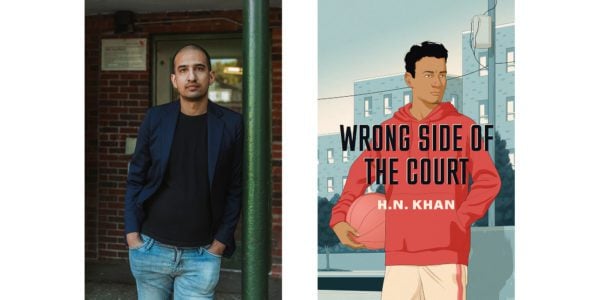 Fawad Chaudhry has one dream in life: to make it to the NBA. But before that can happen, he needs his mother to let him try out for the school basketball team. The 15-year-old admits that basketball is his true love, but he’d also like to date girls, if only his mother would allow it and stop needling him to commit to an arranged marriage.

Not being assertive isn’t Fawad’s biggest problem. He lives in a neighbourhood plagued by gangs and gun violence. It’s a world where a simple walk home is fraught with danger, as you never know when “a punch, a knife, or worse, a bullet could come flying your way.” The challenge for Pakistani-Canadian Fawad and his friends is not only to stay out of trouble, but also to ensure that the prejudice they face in the outside world doesn’t get them down.

The novel explores difficult subjects such as gun violence, physical bullying, cultural conflict, and economic inequalities, but these harsh realities never weigh the narrative down. Rather, they add to the pleasure of watching Fawad pursue his goals despite the odds.

H.N. Khan’s Wrong Side of the Court is finely crafted and well paced, it’s hard to believe it’s his literary debut. Toronto’s infamous Regent Park is brought vividly to life in the novel, and Khan creates relatable, true-to-life characters. He also portrays the multiculturalism of Toronto well, gradually immersing the reader in Fawad’s South Asian culture.

In Fawad Chaudhry, Khan offers a likeable underdog who is kind and sensible without being boring – though he is not without flaws, the biggest being self-doubt. His first-person narration is packed with wit and dry humour, and provides liveliness despite the grim setting. The most sensitive portrayal is that of Fawad’s mother and the depiction of grief and how the characters handle it is notable. Khan is able to convey the complexities of intergenerational cultural conflict without painting either side as wrong or right.

The writing is crisp and visual, and the story so well fleshed out, that the novel feels well-suited for adaptation for the small screen. Given the dearth of TV shows that truly reflect the diversity of Toronto, it would be a welcome addition.