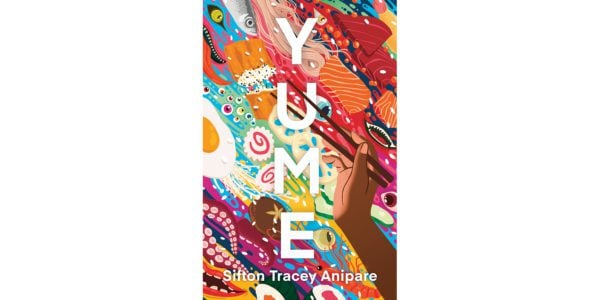 While some may believe that the demons of our nightmares exist only in dreams, in Sifton Tracey Anipare’s debut novel, Yume, humans, demons, and yokai- (supernatural creatures and spirits) feed and imbibe in waking realities. The startling collisions between the spiritual and physical worlds begin in an innocuous landscape, “a quiet forest upon a mountain on a spring day,” where two people walk in silence through “thousand-year-old oak, majestic redwood, thick reedy bamboo, baby spruce, short fat pine, [and] many others with no names.”

The dream world is quiet, controlled, and carefully constructed – until a yokai in a silk kimono devours the roofing and walls of a French-windowed cottage. Even after it has wolfed down the building in a few gulps, only one thought remains on the creature’s mind: it is still ravenous.

A similar appetite runs through the narrative of the novel. Cybelle, an expat Canadian who faces daily ostracism, wants to be treated as an equal in the Japanese city where she teaches English. The half-Japanese dream-walker, Zaniel, yearns to live apart from his demon contractor and find confidence in his abilities.

Their stories unfold against lushly described locales: a torii gate-framed restaurant, a classroom used for teaching English, a Totoro bun bakery, an endless ethereal mountain, a snug apartment near an eikaiwa (language school), among others. However, in each setting, the reader can never be sure whether they are among moving bodies or with a static dreaming being with a wandering soul.

As the melding of realities becomes more apparent, we’re introduced to intriguing figures who seem capable of navigating through (or at least noticing) the spiritual world. No one is free from speculation – least of all the lithe schoolgirl who wears sunglasses at night or the new eikaiwa student, Hitomu, who constantly screams and cries in Cybelle’s presence. At times cutting and emotional, and at other moments direct and witty, the novel alternates between chapters that depict the dream and physical worlds – until perspectives fuse together in bitter clashes for supremacy and survival.

Although Cybelle’s character arc does not always develop in tandem with the narrative’s momentum, her honest work ethic and crushing life experiences strengthen her in the fight against the nightmares that are gradually devouring her reality.

Yume’s dynamic, expressive, and colourful scenes ultimately allow four groups to intermingle in a dream-world landscape: the foreigners, the defenders, the ones who ostracize, and the individuals long neglected by society. Together, on a spiritual plane not so different from our own, they may dine, wander, and live as allies. With a gleaming and uncanny glance at the racial inequality in societies, Anipare creates a dream reality from our fractured, ever-changing world.