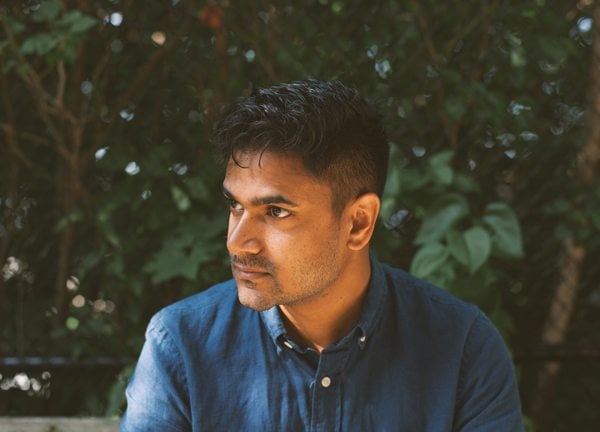 This rather jaundiced assessment notwithstanding, the acclaimed Toronto-based author of the short story “Cinema Rex” – which won the 2013 McClelland & Stewart/Writers’ Trust Journey Prize – and 2017’s well-received non-fiction work, Curry: Eating, Reading, and Race, is poised to publish his own entry in the crowded genre. In March, Ruthnum will debut Find You in the Dark, a thriller written under the pseudonym Nathan Ripley.

The novel tells the story of Martin Reese, a husband and father who made his fortune in the tech world and has now more or less retired. He uses his time to dig up the bodies of murdered women the police have been unable to locate despite, in many instances, having the killers in custody. When he digs up what he thinks is the body of his murdered sister-in-law, he discovers that there may be an active serial killer still at work – a discovery that brings him to the attention of a dogged detective and the killer himself, known as the Ragman.

Find You in the Dark will be published simultaneously by Simon & Schuster Canada and Atria in the U.S. The two-book deal netted the author a cool six-figure advance, sub rights sales in the U.K. and New Zealand, and a TV option from eOne.

The book’s pre-publication success may have occurred not in spite of Ruthnum’s suspicions regarding the genre, but because of them. “There’s this general thought, even with people who don’t read thrillers or genre fiction, that those kinds of books are by the rules, just plug a character with a weird quirk into something we’ve seen a hundred times before.” And Ruthnum is quick to acknowledge that in many cases, this may indeed be true.

It is precisely because Ruthnum is aware of the potential pitfalls of stereotype and cliché that he remains conscious of the need to subvert genre expectations wherever possible. “If you’re writing a character you think you’ve seen before, you have to put pressure on it,” he says. “Why is this interesting? Why am I talking about it?”

For a writer working in a genre that carries with it such clear expectations, finding the right mix of the familiar and the subversive is key. “I think Find You in the Dark dances around a lot of tropes,” Ruthnum says. “There’s the obsessive cop who wants justice, there’s also the obsessive man who’s trying to atone for something in his past. I think I put pressure on both these by, for example, making my protagonist quite a bit creepier than he thinks he is.”

While Find You in the Dark has dead bodies aplenty, it is a psychological novel that employs characteristics more self-consciously literary than standard genre fare. Working within the constraints of the form, Ruthnum says, had the added bonus of improving his literary technique. “It was a really good, late-life learning process to train myself out of some bad habits.”

Tagged with: Find You in the Dark, Naben Ruthnum, Nathan Ripley, thrillers