The novel is dead.

At least, that’s what readers have been told for pretty much as long as novels have been around. Will Self, writing in The Guardian in 2014, proclaimed grandiosely that the novel “should have been laid to rest at about the time of Finnegans Wake, but in fact it has continued to stalk the corridors of our minds for a further three-quarters of a century. Many fine novels have been written during this period, but I would contend that these were, taking the long view, zombie novels, instances of an undead art form that yet wouldn’t lie down.”

Fortunately, Rachel Cusk didn’t get the memo. The men – and they are mostly men – bemoaning the demise of the novel as a form capable of communicating subtle psychological nuances to a general readership seem to have been too busy claiming it has become irredeemably moribund to notice Cusk has been on the forefront of reimagining the novel’s potential and, in some cases, its very constitution – a project that continues with her latest, Second Place (Harper Perennial).

“The thing with narrative is that it’s like suburban sprawl: it just goes on and on and on,” says Cusk on the phone from the U.K., where the Saskatoon-born author has lived since 1974. “I do want to find a different kind of fictional voice.”

Outline, published in 2014 – the same year Self issued his eulogy for the novel as a medium – found Cusk revitalizing the novel form by ostensibly retreating from the mechanisms that traditionally drive it. In Outline and its two sequels, Transit (2017) and Kudos (2018), Cusk upends conventional understandings of autofiction by crafting a trilogy of books that feature episodic, plotless encounters involving Faye, a first-person narrator who superficially resembles the author and spends her time describing the travails of other people while remaining silent on the subject of her own inner life. The trilogy won almost universal acclaim – the first two books were shortlisted for the Scotiabank Giller Prize in Canada; all three were shortlisted for the Goldsmiths Prize in the U.K. – and was credited with pushing the novel into previously uncharted territory.

Cusk’s formal decision to make Faye a cipher in her own story was to some degree a response to the reactions readers and critics had to her pair of memoirs: A Life’s Work: On Becoming a Mother (2001) and Aftermath: On Marriage and Separation (2012). The books, both of which are characterized by their unflinching, sometimes painful honesty, caused controversy among readers who accused the author of everything from callous narcissism to condescension to being a bad mother. “The cruelty of people’s reactions did feel very personal,” says Cusk. “That was my vocation; that was what was given to me. I had to write about things that according to literary onlookers were disastrous career moves. Writing about having a baby – that’s beneath contempt. I’ve been made to feel that all the way along.”

The vitriolic reactions Cusk received sent her into an extended period of silence, during which she was forced to reconsider her approach to her work. “I’ve used myself as an anthropological specimen,” she says. “Working out why the memoir form malfunctioned, why it didn’t protect me, as it were, was a really crucial and interesting development in my thinking about literary craft.”

What Cusk refers to as her “strenuous, deep rethinking” regarding the technical approach to writing fiction involved an inversion of the question of identity that caused trouble for her in the memoirs, ironically rendering the central “I” of the trilogy virtually anonymous. (Faye is referred to by name exactly once in each book.) Despite the aesthetic distance it provided, this stylistic approach was not without its own risks, says Cusk. “Especially when you’re dealing in radical content, when you’re dealing in the new or not necessarily recognized and approved-of content, one can feel very vulnerable.”

With Second Place, the author returns to the safer shores of traditional narrative – complete with a plot and recognizable characters with definable arcs – that can be found in her early novels Saving Agnes (1993) and The Country Life (1997). Yet, notwithstanding what might be considered a stylistic retrenchment, Cusk refuses to be complacent in her approach or her ambition. 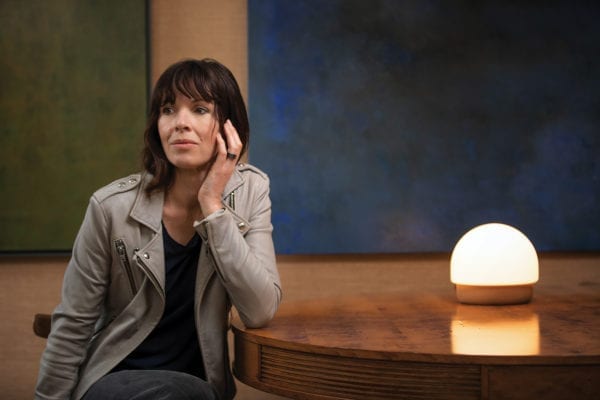 Take, for example, the new book’s title. On the most prosaic level, Second Place refers to the cabin that the novel’s first-person narrator – known only as M – and her husband renovate from its dilapidated state and offer up as living quarters for a famous artist called L and his much younger mistress. In true novelistic fashion, it is the disruptive presence of the outsider L that drives the book’s major dramatic conflict. The title also refers to the status of women in the arts: though M is a writer, we hear nothing about her work other than L’s dismissive and condescending reference to her “little books.” (By contrast, we are presented with extended descriptions of L’s paintings, including a mural he and his companion deface M’s cabin walls with.)

But Second Place also refers to the novel’s ordinate position in literary history. The book is a refraction of a 1932 memoir by Mabel Dodge Luhan called Lorenzo in Taos, focusing on a period during which the author D.H. Lawrence was her house guest. By adapting this work of nonfiction and placing it in the form of an extended letter (or monologue) written by M and addressed to an acquaintance named Jeffers, Cusk at once reinvigorates her technical method and engages in a veiled act of literary archeology. “I really wanted to use this out-of-print book as my location,” she says of Luhan’s text. “I refurbished it with my own material and put it in my own time.”

What initially drew Cusk to Lorenzo in Taos was her own fascination with Lawrence: she calls herself an “amateur Lawrence expert” and wrote the introduction to the 2011 Vintage Classics edition of The Rainbow. But what held her attention was the apparently vicious antipathy with which most Lawrence biographers treated Luhan in their work. “Every time she is mentioned, she is destroyed on the spot,” Cusk says. Although Luhan and Lawrence had by all accounts a fractious relationship, Cusk is clear that this has been misrepresented by the majority of Lawrence biographers. “Her account of [Lawrence’s] desire to destroy her, which is what Lorenzo in Taos is about, [exemplifies] a desire for women to shut up. If they can’t shut up, what is the male voice then?” Cusk says. “She got to him, and she gets to his biographers and the culture surrounding them in a similar way.”

It was perhaps this very reaction on the part of the male literary establishment that inculcated a kind of kinship with Luhan in Cusk’s mind. “What was it about this woman that annoyed people so much? I felt a sense of identity with her,” Cusk says. “And then reading her writing, I thought, This is the future.”

It’s a future that was, to some extent, a long time in the making. Cusk is in no way unconscious of the fact that while Lawrence remains a household name, few people will have heard of Luhan, who died in 1962 and is now largely forgotten. The plight of women writers – attacked in their time and ignored after their death – struck a chord for Cusk, who discovered in Luhan a forerunner of the very questions that would come to occupy her as a novelist and critic in the 21st century. “I found her so expressive of this problem of the status of the female voice and this question of women’s writing,” Cusk says.

The question of women’s writing and its place in the broader culture has always occupied Cusk. “It’s the old Virginia Woolf question: if there’s going to be a thing called women’s writing, it’s got to be something that could not be written by a man,” she says. “Is the only equality one where women get to be more like men? Is that it? Is that all we can do?”

Cusk is among a group of women novelists – including in their ranks Sheila Heti, Helen Oyeyemi, Han Kang, Anakana Schofield, Lucy Ellmann, and Valeria Luiselli – who answer those questions resoundingly in the negative. These women write novels that extend the possibilities of fiction beyond their sclerotic edges, in defiance of critics like Self who insist the novel will never reclaim its centrality in our culture.

What is most interesting where Second Place is concerned is the high-wire act Cusk performs, pushing her technique in different directions while also paying homage to an unfairly neglected work of writing by an early 20th-century woman and circling back to a mode of pure fiction that readers might be forgiven for thinking she had abandoned altogether.

Having made peace with the criticism the memoirs provoked, having exorcised her demons with the deliberately confrontational approach in the Outline trilogy, Cusk seems to feel ready to move on.

“I feel with Second Place that, weirdly, I’ve embraced fiction [again],” Cusk says. “My duty has gone away. My experience doesn’t represent anything anymore. And that’s such a relief. Maybe I will now become a much better writer of fiction.”

The novel is dead. Long live the novel.

Correction, September 1: This story has been updated from the original to correct the title of the novel The Country Life, originally referred to as The Country Wife.