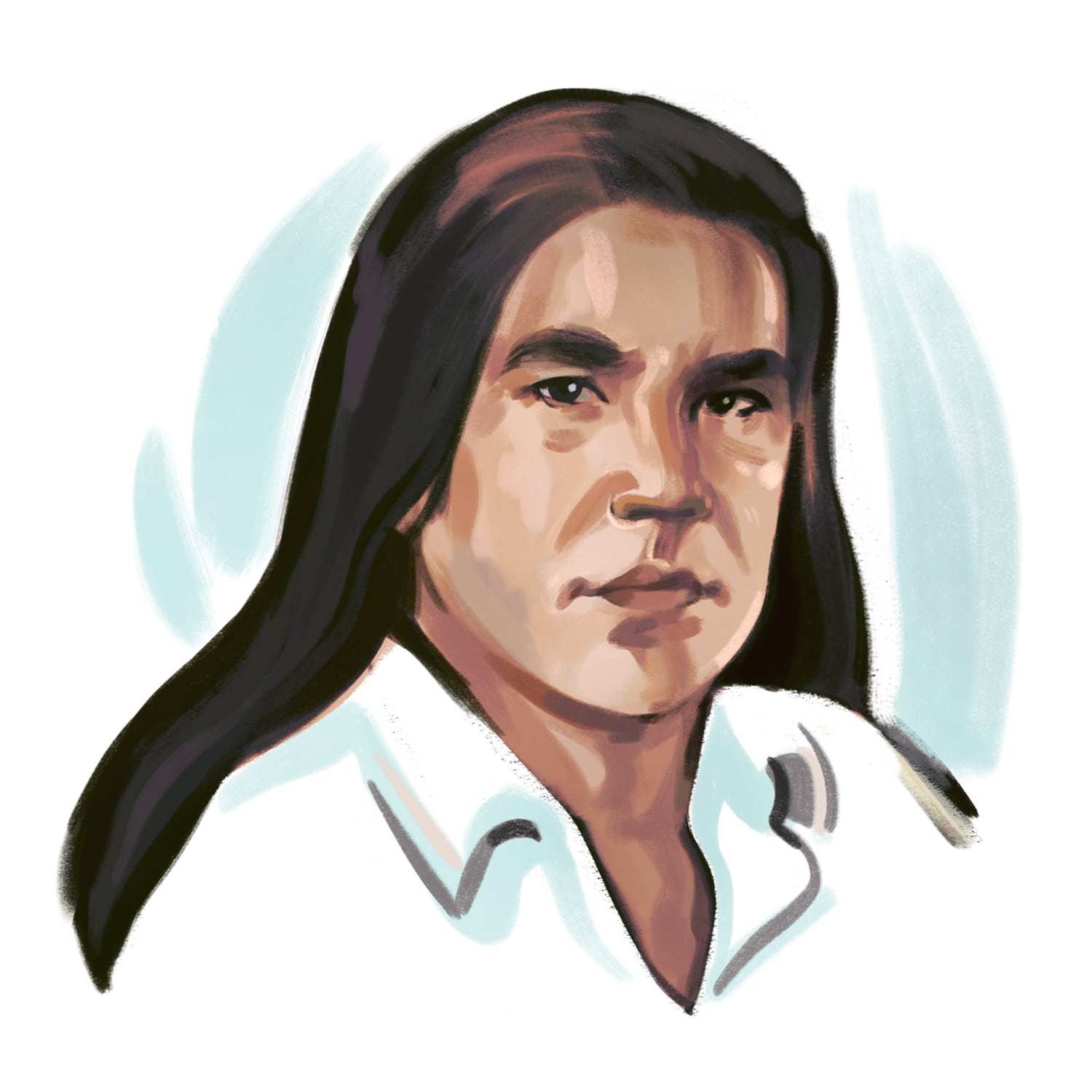 Author and CBC Radio host Waubgeshig Rice grew up in the community of Wasauksing First Nation on Parry Island, a swirl of land at the eastern edge of Ontario’s Georgian Bay. On August 14, 2003, Rice was there visiting his brothers when the power went out.

This time, it was not the kind of local power failure many reserves are accustomed to. Across Ontario and the northeastern U.S., 55 million people were suddenly plunged into a world without electricity during the most widespread blackout ever to hit North America. Thankfully, the blackout was temporary. If, however, the power were to stay off, the 400 citizens of Wasauksing would be equipped with much of the knowledge, skills, and resources they would need to survive.

That idea forms the kernel of Rice’s second novel,  Moon of the Crusted Snow, coming out with ECW Press in October, in which an unnamed disaster cuts off a northern Ontario reserve from the outside world, leaving the community to deal with both dwindling supplies and desperate refugees from the south.

While the broad strokes of the story will be familiar to most readers – Rice cites Cormac McCarthy and John Wyndham as influences – the setting is not only original but also provides allegorical heft. In a small Anishinaabe community, the struggle between Indigenous people and a new wave of colonizers plays out in miniature.

As the story begins, the reserve finds itself without cell service, television, or internet, technologies that have only recently become essentials in the community. The characters initially find the experience refreshing – something Rice can relate to from his own childhood.

Now 39, Rice grew up in his Wasauksing home without running water or electricity. His father, John, reclaimed his Anishinaabe culture as a young man and was determined to pass down the lessons and traditions to his children. “We spent a lot of time outside, doing a lot of fishing, going through the bush, and learning about the medicines,” says Rice, a new father himself.

While dystopian horror stories are considered popular entertainment, “In some senses, for a lot of communities, it’s already a dystopian existence,” Rice says. Many have been through a series of apocalypses: disease, forced displacement, cultural genocide. “Of all the stories I’ve read and seen in popular culture about events like this, how come there’s [so little] from an Indigenous perspective?” Rice wondered.

This has in many ways been the driving question of his career. Rice first began writing when, at 17, he travelled to Germany on foreign exchange and catalogued his experiences for an Indigenous newspaper. On the day he arrived at his German school, a gaggle of students were gathered outside, eager to see a real “Indianer.” “They were disappointed to see me arrive in jeans and a T-shirt with short hair,” Rice later recalled on his website. But their curiosity and enthusiasm made him realize how poorly understood Indigenous people were, even in his own country.

“The more I thought about it, thousands of kilometres from home, the more I realized Canadians just weren’t learning the proper story of Indigenous peoples and the actual history of how Canada came to be,” Rice wrote. When he returned to Canada, Rice enrolled in journalism at Ryerson University in Toronto. He is currently the host of CBC’s Up North, a weekday news program covering northern Ontario, and divides his time between Sudbury and Wasauksing.

In his fiction, too, Rice has focused on bringing the experiences of Indigenous people to light. His first two books, Midnight Sweatlodge (a short-story collection) and Legacy (a novel), both feature Anishinaabe characters in contemporary settings struggling to overcome trauma and abuse, often through a return to tradition. While these elements appear in Moon of the Crusted Snow, Rice also highlights characters who have healthy relationships with their families and communities, who “go about their day-to-day lives without the tropes of being Indigenous in Canada really bogging them down.”

Though trauma and tragedy remain an indelible part of the Indigenous experience, Rice senses that the possibilities for what an “Indigenous story” can be are expanding. “A lot of Indigenous storytellers and authors are on a healing journey,” he says. “But once we reach that critical mass of Indigenous authors getting work into the mainstream […] I think we’ll see more stories – richer stories – flourishing in all kinds of other genres.”

Of course, it’s possible that the apocalypse will befall us in the meantime. The precise provenance of the disaster Rice expects is a story he will not share; not even his editor knows what tragedy occurred to the woefully unprepared denizens of Moon of the Crusted Snow. Rice will only say this: “If it all goes down, I’m getting my ass up to Wasauksing on Georgian Bay as soon as I can.” –Alex Tesar