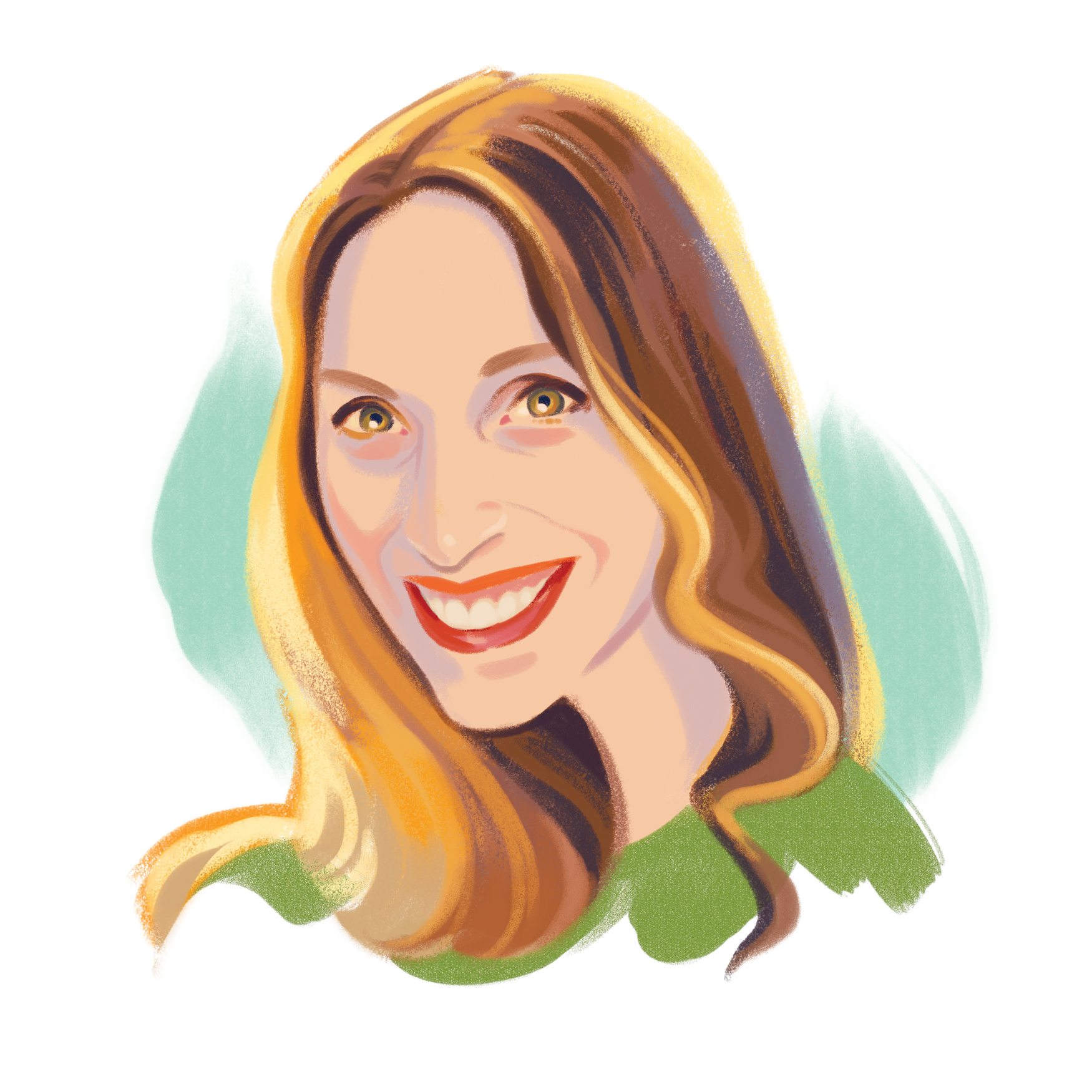 When Sarah Selecky sat down to write her debut novel, she conceived of it as a book that would probe the tension between art and commerce. “A lot of artists find themselves in this position of needing to pay the rent and needing to honour their vocation,” she says. “It’s a real knot to untangle.”

Selecky’s attempt to prise apart those strands resulted in Radiant Shimmering Light, a novel tinged with magic. The protagonist is Lilian Quick, who earns a meagre living painting portraits of people’s pets. Over the course of the novel, Lilian reunites with her estranged cousin Florence, a self-help guru known online as Eleven Novak.

The two characters first appeared in the short story “Go-Manchura,” which was included in Selecky’s Scotiabank Giller Prize–shortlisted 2010 collection This Cake Is for the Party. The new novel extends Selecky’s examination of the collision between meaning and marketing in the 21st century, introducing timely themes such as tech entrepreneurialism, New Age spirituality, and the rising tide of online feminism.

Grappling with such themes in her writing proved portentous. Once the novel was completed, Selecky discovered that much of what she had written about – from crystal-infused face creams to what would become the #MeToo movement – started materializing in the real world. It was a wild experience to encounter that level of mystery and magic in the context of a book about, well, mystery and magic. “I was really playing ‘what if,’” Selecky says about writing the book. What if someone found a way to market “conscious chocolates” that were infused with positive energy? What if a letter about a meditation teacher’s sexual misconduct was released and instead of the writer being shamed, the letter caught fire?

The writing itself, though, proved onerous. Selecky’s original plan was to set the novel in the near future, but she quickly realized that in the digital age this would be extremely difficult to pull off. “Things are speeding up,” she says. “I knew it wasn’t going to be published fast enough.” So she decided to set the story in the recent past – the year 2016. The result, she says, was a sort of “time capsule.” An otherworldly feeling pervades the novel, from the transformative experiences the characters undergo to the author’s whimsical use of nature.

Selecky has long been inspired by the power of nature, a constant in her life since her childhood. As an only child growing up “out in the bush” north of Sudbury, Ontario, she spent a lot of time by herself roaming around outdoors. She left home, first for Trent University in Peterborough, Ontario – where she majored in cultural studies and Spanish – then migrating west. She eventually settled on the remote Cortes Island, up the coast from Vancouver, where she lived on a land co-op in a rustic abode complete with a well and an outhouse.  “Cortes is an isolated island,” Selecky says. “And on Cortes, it was joked that we were in the boonies.”

The eight years that Selecky lived there on and off proved hugely beneficial to her practice. During that time, she completed an MFA in creative writing at the University of British Columbia. It was also in those years that Selecky taught her first creative writing class out of her living room. A friend from Ontario was visiting, working on a teacher’s education practicum, and she thought it might be fun for the pair to develop a class together. They did, and Selecky found that she loved sharing the creative process with others.

But by far the biggest turning point in Selecky’s career to date was the Giller nomination for her first book of stories. “It changed my life entirely,” she says. “It made so many things possible.”

In the years since 2010, Selecky’s popularity as a writer and a teacher – through her online program Story Is a State of Mind, which has since morphed into the Sarah Selecky Writing School – has only increased. Her profile has attracted the attention of mentors such as Margaret Atwood, who was intrigued by Selecky’s writing courses. “She was so generous with her advice and support and encouragement of what I was doing,” Selecky says. So much so, in fact, that Selecky spent months as a guest at Atwood’s home while working on Radiant Shimmering Light.

The process of writing that novel has taught Selecky much about craft. The author tried to approach the first draft in the same way she approached short fiction – by sprinting through it. “I would only get to 50 pages and the stamina was gone,” she recalls. “I couldn’t keep that momentum going.” Selecky took eight months off from writing to delve into an outline of the novel’s structure. “I had a great description of the book by the end of it,” she says. “But I had no interest in writing it. There was absolutely no mystery left.”

Her third attempt consisted of a hybrid of these tactics. Selecky plotted story points, then wrote in a kind of freefall toward those points. “It was much more magical,” she says. “It was very, very dreamlike.”

The dream element is key to the way Selecky approaches her fiction, whether it is a novel or short stories. “My writing process always had a huge piece of the subconscious – I always believed that the story was much smarter than me,” she says. “But doing that in longer form has really changed my process. … I have a lot more trust in what I don’t know. I think what I don’t know is much more compelling than what I do know.”

Tagged with: Radiant Shimmering Light, Sarah Selecky, This Cake Is for the Party