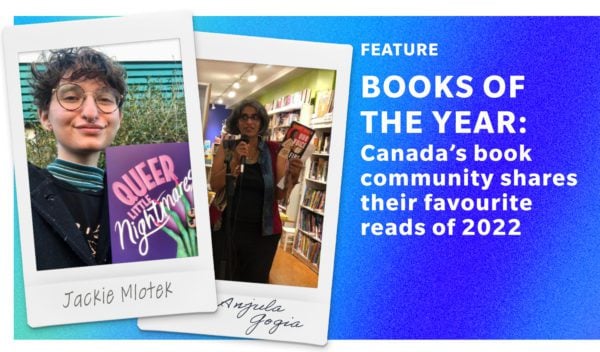 For the second year in a row, the Q&Q team reached out to our reviewers and to booksellers across the country to find out which titles from 2022 they are still thinking about as the year draws to a close. In this first of two instalments, a look at notable adult titles, from novels that shock to nonfiction that engages.

This excoriating novel, first published in French in 2018, relocates Jean Genet’s notorious anti-hero to a small mill town in Quebec, where his libertine lifestyle collides with a fraught and controversial workers’ strike. Sexually explicit, graphically violent, and surprisingly lyrical, Lambert’s second novel, in a fluid and furious translation by Donald Winkler, is the most audacious work of fiction published in the English language this year.
–Steven W. Beattie, a reviewer in Stratford, Ontario 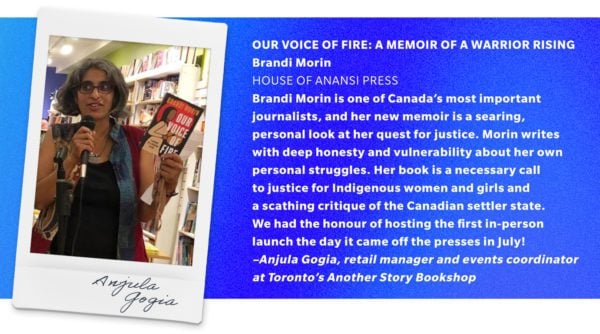 This is a beautifully written novel about the harsh lives of Ukrainian settlers Taras and Olena on the Canadian Prairies in the early 20th century. Imagine As for Me and My House, but with way more drama, eroticism, and mystery! This novel deserves to become a classic of Canadian literature.
–JoAnn McCaig, owner, Shelf Life Books, Calgary

Monument remembers the Mughal queen Mumtaz Mahal with a powerful lyricism that frees her from the legacy of the Taj Mahal, the tomb built in her honour. Taking inspiration from Irfan Ali, Danez Smith, Robin Wall Kimmerer, and the “folktales that linger,” Bandukwala’s debut is steeped in the history of South Asia, interrogating its beauty, violence, and grand narratives, turning toward braided stories and resonant feminism.
–Shazia Hafiz Ramji, poet and reviewer from Vancouver and Calgary 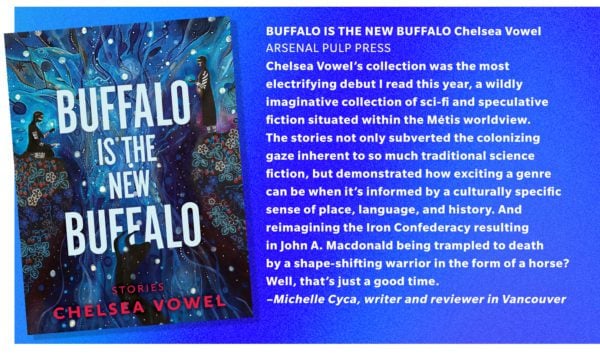 The Racial Mosaic is an eye-opening book that details the problematic history of nation-building leading up to the post-war era. Taking a historical-biographical approach to three white men, Meister unmasks the legacies of eugenics, genocide, and humanism that illuminate the limits of multiculturalism. With detailed anecdotes and Indigenous histories, The Racial Mosaic offers stunning clarity.
–Shazia Hafiz Ramji, poet and reviewer from Vancouver and Calgary

Literature in translation makes up a minuscule portion of annual book sales in Canada, but many indie presses are sharing terrifically exciting works from across the globe. The Employees is one such title: a deceptively simple, slim volume, written in log reports from human and humanoid crew on the Six-Thousand Ship hurtling through space. This entirely original novel probes our obsession with productivity; the clash of corporate culture with humanity; the nature of what such humanity really means. It’s provoking, funny, chilling.
–Zoe Grams, Upstart & Crow, Vancouver

McGill’s U-turn from realism to this delightfully dark and dystopian near-future romp is not only impressive, but grounded in real, powerful human anxieties and longings. Strange, slim, and razor-sharp, it’s an arresting read (and features one of the best and most memorable villains in CanLit!).
–Grace O’Connell, writer and reviewer in Toronto 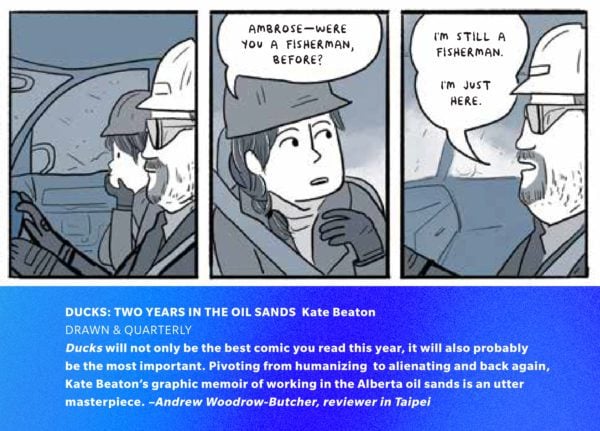 Sylvia D. Hamilton’s latest collection of poetry furthers the historical reclamation and re-imagining found in the poet and filmmaker’s earlier work. Tender opens on a series of richly detailed, polyphonic pieces centring Black experience in Canada in the 18th and 19th centuries. Responding to this historical focus, later poems follow a contemporary speaker as she considers ongoing realities of racism and discrimination. Exhibiting impressive formal range (including dramatic monologues, letters, sonnets, and haiku), Hamilton’s poetry is subtle and sonorous, and reveals a clear delight in language.
–Annick MacAskill, poet and reviewer in Halifax

The second novel from Vancouver writer Danny Ramadan is a powerful exploration of love and loss, and the rippling effects of both, through the stories of its main characters, Hussam and Wassim. Beginning in 2003, the story stretches and branches through time, incorporating both Vancouver and Damascus, as both characters struggle, each in their own way, to find love, belonging, and a sense of home.
–Robert J. Wiersema, writer and reviewer in Victoria 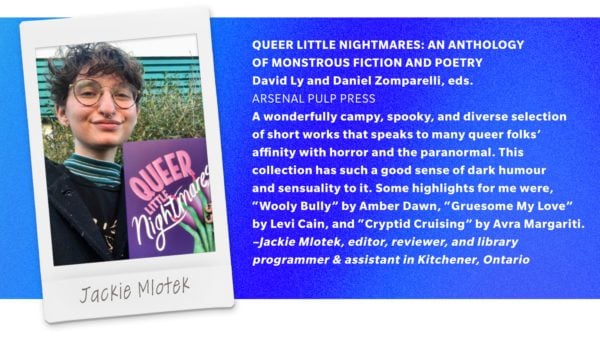 Long-time journalist Marsha Lederman’s first book, Kiss the Red Stairs, is absolutely stunning. Lederman writes of her life as the child of two survivors of the Holocaust, as part of a family that was practically wiped out by the Nazis during the Second World War. It’s an exploration not only of intergenerational trauma, but of the role of history itself, a vivid portrait of loss and endless searching.
–Robert J. Wiersema, writer and reviewer in Victoria