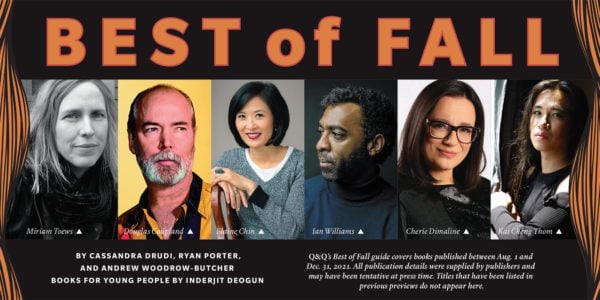 Swiv, nine, lives with her pregnant mother and her frail grandmother in the latest from reader-favourite Toews. When Swiv’s expelled, Grandma becomes her teacher, and the pair assign each other letters: Swiv writes to her absentee father, while Grandma pens a letter to her unborn grandchild. –CD 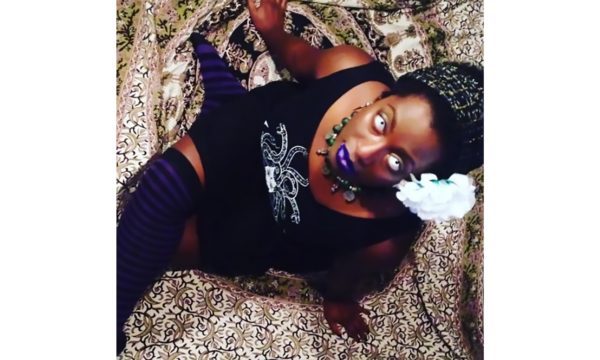 From the new Rare Machines imprint comes this literary fantasy debut that draws from the Ghanaian-Canadian writer’s own stint teaching in Japan. English teacher Cybelle’s ordinary life unravels with the appearance of yokai – trickster spirits eroding the boundary between their world and ours. –AWB

In a delicious revenge fantasy set against the backdrop of a production of All’s Well That Ends Well, a theatre professor, who suffers from chronic pain and a mutinous cast, chances upon a mysterious trio who offer her a fortune-reversing brew. But no reward comes so easily in Awad’s devious hands. –RP

This “auto-fictional feminist memoir” follows the lives of two kids connected by illness in small-town Quebec. While one dies on the verge of adulthood, the other becomes a writer haunted by the feeling that something is wrong with her. A frank, metaphysical debut from an exciting new voice. –AWB

Whittall, who masterfully navigated a story of sexual assault in her Giller-shortlisted The Best Kind of People, plunges into another charged topic in a novel about mothers and daughters that explores love, conflict, and, perhaps most controversially, indifference. –RP

Gun-toting aliens, an ethereal Medicine Woman, Valkyries, and fire-breathing dragons: Johnson draws on his Cree and Scandinavian heritage to tell three sagas in a blend of myth, fantasy, and history. –CD

Alexis completes his Quincunx Cycle of interlocking novels with the love story of Tancred, the thief at the centre of 2016’s The Hidden Keys, and Gwenhwyfar. Gwen’s mother gives her a magic ring that grants its wearer the ability to change three things about their sweetheart, but such wishes don’t pan out so great in literary novels, now do they? –RP

In the GG-winning playwright’s second novel, a woman hears a low hum that seemingly no one else perceives. As she finds others who hear it, she becomes radicalized in a story of faith, conspiracy, and mania. –RP

An abandoned Heian-era mansion built atop the bones of a bride and filled with the remains of girls sacrificed to keep her company is the setting for this horror novel from Cassandra Khaw, an award-winning game writer and former scriptwriter at Ubisoft Montreal. A group of friends, reunited to celebrate a wedding, spend a night in the mansion and quickly discover more than the thrills they were seeking. –CD

Renowned Québécois cartoonist Obom adapts Marcel Aymé’s absurdist 1943 work, “Le passe muraille,” about a man who gains the ability to move through walls. The spare lines and visual deadpan are a perfect match for this tale of the protagonist’s not-quite-successful attempts to deal with his newfound power. –AWB 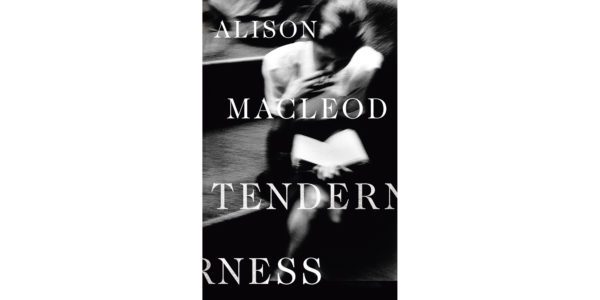 These connected stories on censorship span 30 years from 1928, when D.H. Lawrence works to finish Lady Chatterley’s Lover as he is dying, to 1958, when Jackie Kennedy attends the U.S. government’s obscenity trial against the book. –CD

A young boy living on the streets of Saigon during the Vietnam War finds and cares for an abandoned baby in the latest novel from the GG-winning author. Em is inspired by historical events and highlights moments of beauty and determination in a traumatic past. –CD

The bestselling author of The Break returns with this companion volume about the bond between Phoenix, her sister Cedar, and their mother Elsie in a story described as a testament to the resiliency of matrilineal bonds. –RP

Two distinguished political figures draw from their experiences in the corridors of power to lend authenticity to their juicy thrillers. Clinton teams with Penny for the politician’s 10th book and first novel, about a secretary of state chosen by a political rival who finds the deck stacked against her in an international crisis. McLachlin brings her legal experience as chief justice of Canada to her second courtroom thriller as Jilly Truitt defends a client accused of murdering her own mother. –RP

The Book of Form and Emptiness
Ruth Ozeki
Viking/PRHC, Sept.

Fourteen-year-old Benny Oh finds solace in the silence of the public library from the increasingly insistent voices of household objects that he begins to hear at home after his father’s death. Benny meets curious characters at the library, including his very own Book, a talking object that teaches him how to listen. –CD

Set in the prairies in 1939, the lives of a spoiled man-child, a 12-year-old girl, two First World War vets, and a schoolteacher converge in the first novel in nearly a decade from the three-time GG winner. –CD 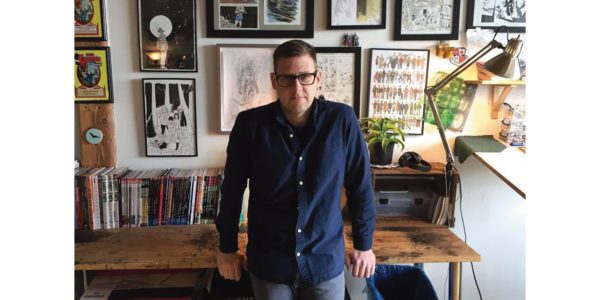 This much-anticipated sequel arrives on the heels of Sweet Tooth’s lush Netflix adaptation. A boy born with antlers in a post-apocalyptic world dreams of a better future for hybrid children like himself in a strange and thoughtful must-read. –AWB

In the fifth instalment of Tremblay’s Desrosiers Diaspora novel series, Nana and Gabriel’s wedding guests are swept up in a flurry of forgotten desires and simmering grudges. –AWB

Plains Cree writer and comedian Dumont tells the story of an unlikely group of Indigenous dancers on a madcap performance tour of Europe, in a tale loosely based on a troupe from Saskatchewan who toured Europe in the 1970s. –CD

The accomplished fiction writer, playwright, and poet veers from the fantastic to the mundane and back again in her latest collection of intertwined stories, which features neighbourhood drama, zombies, and an underground bunker. –AWB 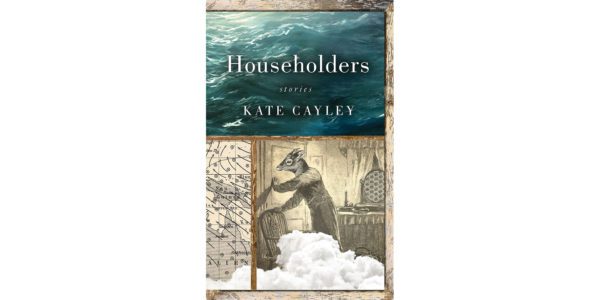 The Métis and Ukrainian author, educator, and poet’s first book of fiction is an interconnected series of stories based on Papaschase and Métis oral histories that consider urban Indigenous youth and their relationship with the land. His debut poetry collection, An Explosion of Feathers, is also out this fall as part of BookLand Press’s Modern Indigenous Voices series. –RP

Unconventional narrators – vampires, robotic humanoids, and a vulnerable teen inside a high-powered lawyer – abound in this short-story collection from Slind,
a librarian by day. –CD

The novelist and Q&Q contributor depicts a gentrifying Montreal neighbourhood through linked short stories that incorporate themes of illness, loss, and gender identity, as nine narrators offer a blend of perspectives. –RP

Coles follows up her powerful debut novel, Small Game Hunting at the Local Coward Gun Club, with her first poetry collection. Named after a Newfoundland and
Labrador–ism that means “soaking wet” (as in satch-urated), Coles attacks anxieties such as economic strife, environmental angst, and social inequality. –RP

The Griffin Poetry Prize finalist for How She Read uses verse to critique how Blackness has been presented historically, and the ways in which that legacy looms over today’s Black culture, commodified anew in the digital era. –RP

This debut deals with the death of the author’s mother using a wide range of forms and techniques. Boychuk questions if it is possible for a daughter to untangle herself from an abusive parent. –CD

The GG-nominated poet uses an ad for the iconic Pink Pearl eraser as her starting point for this book of poetic erasures. Like a sculptor chiselling away rough marble to find the statue beneath, Ink Earl looks at the least poetic of texts to find both fun and surprising insight into what poetry can be. –AWB 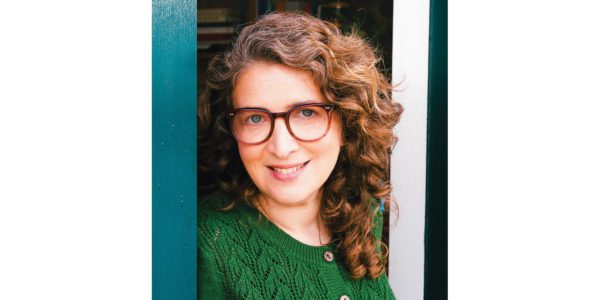 Iceland Is Melting and So Are You
Talya Rubin
Book*hug Press, Oct.

The Bronwen Wallace Award winner returns with a collection that examines the human and natural worlds, and the effects of climate change on both. Poems about unrequited love and ice skating sit comfortably alongside verse about glacial melts and weather patterns. –CD

Though the GG-winning poet died of a heart attack last September at the age of 70, a final book remained to be published. In it, the Nova Scotian continues to find the surreal in the natural. –RP