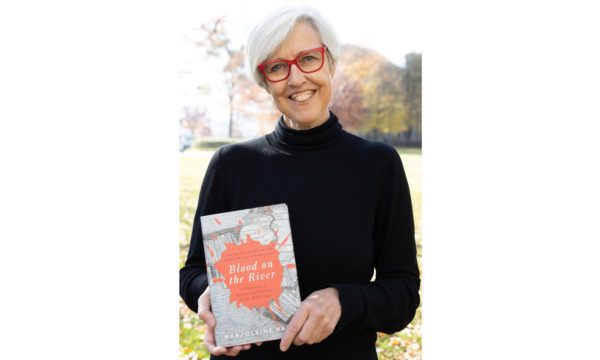 Kars, a professor of history at the University of Maryland, was awarded the prize for Blood on the River: A Chronicle of Mutiny and Freedom on the Wild Coast (The New Press). Drawing on documents in Dutch archives, Kars tells the story of the 1763 slave rebellion in Berbice, a Dutch colony in what is now Guyana.

Michael Ignatieff, who chaired the jury for this year’s Cundill Prize, said the book “achieves something remarkable: it transforms our understanding of two vitally important subjects — slavery and empire — and it tells a story so dramatic, so compelling that no reader will be able to put the book down.”

Kars was one of three finalists for this year’s prize. The winner was announced in a virtual ceremony on December 2.

The annual Cundill History Prize is administered by McGill University and awarded to a book that embodies historical scholarship, originality, literary quality, and broad appeal.