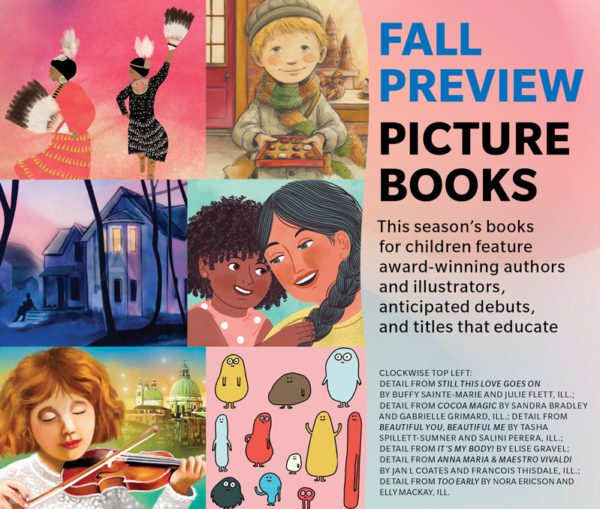 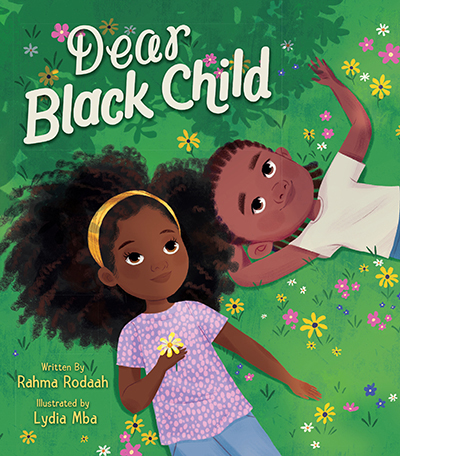 The first traditionally published picture book from Rahma Rodaah – who was born in Hargeisa, Somaliland, and raised in Quebec – is an anthem to young Black readers and the joyful possibilities for their futures. Lydia Mba’s luminous illustrations depict Black children standing in their power and being their amazing selves.

In her first wordless picture book, which features Cat and Dog, Toronto author-illustrator Ruth Ohi shares a gentle story about discovering ways to cope with anxiety and sadness and demonstrates the importance of having a friend to keep you company when you’re feeling blue.

Drawing from her own experience growing up as an Afro-Indigenous girl, author Tasha Spillett-Sumner (I Sang You Down from the Stars) teams up with Salini Perera for her upcoming picture book, which follows Izzy, a multiracial child, as she navigates identity and belonging and learns to love her differences.

Based on the stage show If a Place Could Be Made, which author Diana Daly co-wrote, A Wonderful Bigness introduces readers to her great-aunties and -uncles (who lived with skeletal dysplasia) in this story of ability, family, and inclusion. The whimsical illustrations are by multimedia artist and animator Bruce Alcock. 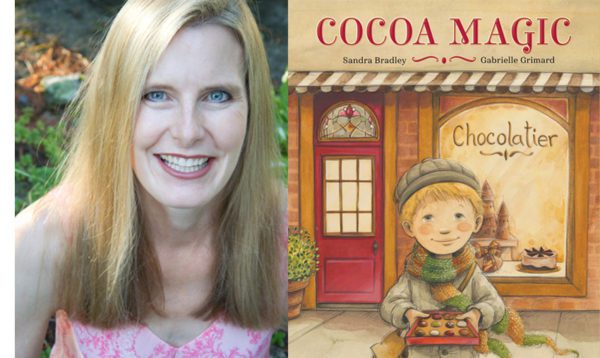 Wanting to cheer up his classmates, who are dealing with some troubles, eight-year-old Daniel anonymously sneaks chocolates he made with his Great-Uncle Lewis into their desks. Gabrielle Grimard’s illustrations transport readers to a 1920s chocolate shop in this picture book about being seen and understood. 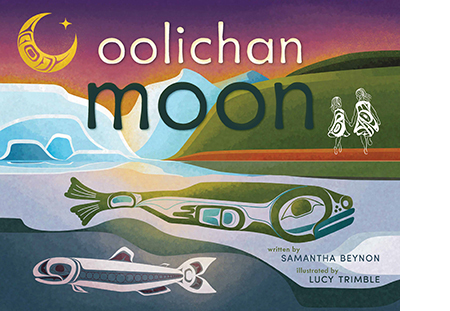 A family’s morning routine is explored from the perspective of its earliest riser in this sweet picture book written in verse. Internationally recognized Owen Sound, ON, paper artist Elly MacKay provides the illustrations. 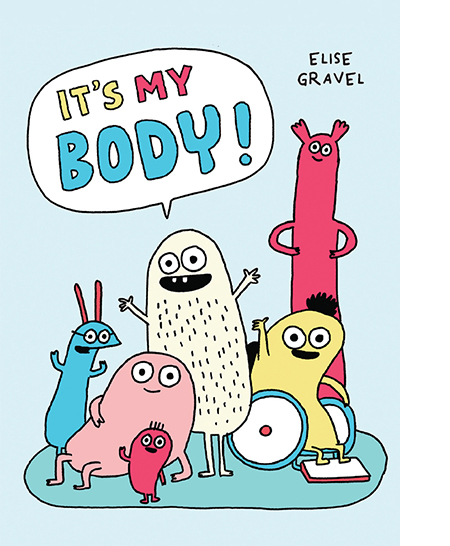 Elise Gravel’s fun and quirky monster characters are back! In her latest picture book, the prolific Québécois author-illustrator shows the many ways that bodies can be different. Gravel champions body positivity and empowers the reader to see all parts of their body as special, from colour to hair to size.

Ella Kay’s picture book debut follows a little girl who loves hearing how she was made with the help of an egg donor. Inspired by Kay’s own experience, this delightful story teaches young readers about one of the ways a family is formed. 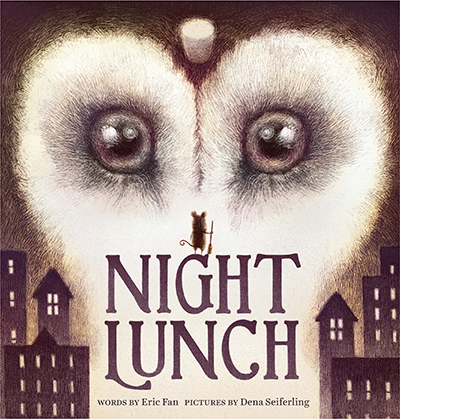 Empathy and gratitude are the cornerstones of this first-time collaboration between Governor General’s Literary Award–winner Eric Fan (The Barnabus Project) and acclaimed illustrator Dena Seiferling (King Mouse) about Victorian lunch wagons, which evokes the smells, sights, and tastes of a city at midnight.

In this book about two friends that venture to the limits of their imaginations, André Marois shares a story about the importance of role-playing in exploring different perspectives. Gérard DuBois provides classic artwork that will transport readers to another time and place. 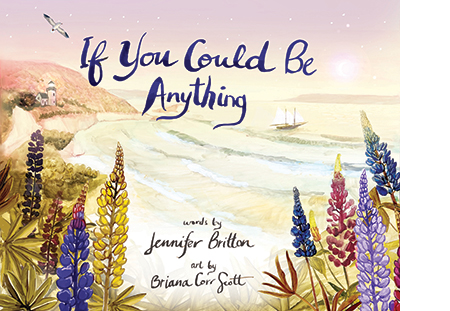 If You Could Be Anything
Jennifer Britton and Briana Corr Scott, ill.
Nimbus Publishing, Oct.

Educator and musician Jennifer Britton’s gentle lullaby with rhyming text asks readers: if you could be anything, what would you be? Accompanying the story are oil paintings by Briana Corr Scott (Wildflower) that celebrate the natural and cultural landscapes of the East Coast.

If You Were a City
Kyo Maclear and Francesca Sanna, ill.
Chronicle Books/Raincoast Books, Oct.

Toronto-based author Kyo Maclear returns with this lively picture book that examines diversity through the lens of our cities and the people who call them home. With vibrant illustrations by Francesca Sanna to showcase the uniqueness of cities around the world, it’s bound to be an engaging read. 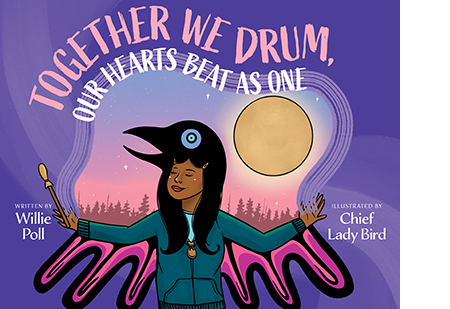 Together We Drum, Our Hearts Beat as One
Willie Poll and Chief Lady Bird, ill.
Arsenal Pulp Press, Oct.

With the help of her matriarchs and the power of Thunderbird, a young Anishinaabe girl is able to fend off the monster named Hate in this empowering picture book. Themes of family and transformation are enhanced by Chief Lady Bird’s beautiful illustrations.

Maniq loves her ittu (short for ittupajaaq, an Inuktitut word for grandfather). He’s brave, he’s tall, he’s generous, and best of all he loves all his grandchildren. This heartwarming book by Laura Deal (The Ugly Place) honours a little girl’s extraordinary love for her larger-than-life grandfather.

When a young girl’s grandpa has to go to the hospital, she’s unable to visit him at his home in the country, where she sees the night sky clearly. With her mom’s help, she recreates the night sky she sees at grandpa’s on her bedroom ceiling in the hope that she might find him in those stars. 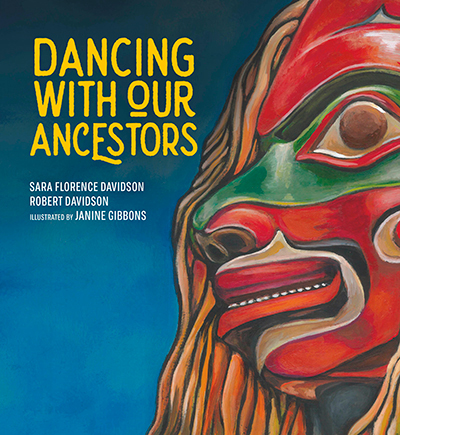 Set against the architecture of Venice, this fictionalized story follows 18th-century classical composer Antonio Vivaldi as he guides young orphan Anna Maria toward becoming one of the most celebrated violinists of her time. Providing the illustrations is award-winning artist François Thisdale. 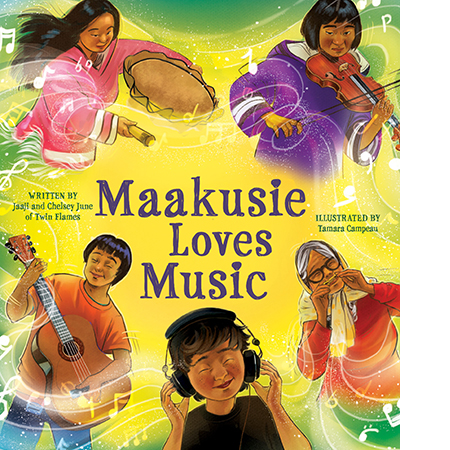 Written by Canadian indie rock duo Chelsey June and Jaaji of Twin Flames, Maakusie Loves Music is an exploration of music in the Arctic. From dances to instruments, this history of music is an engaging look at both traditional and modern Inuit music.