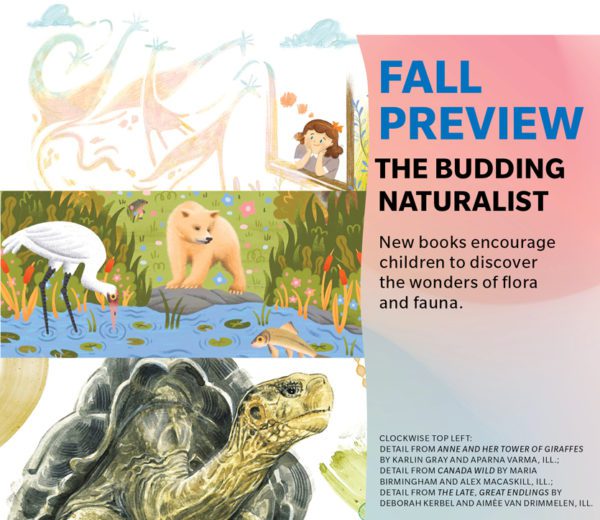 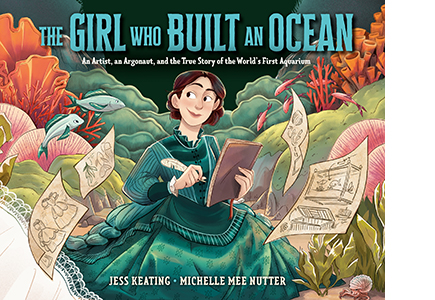 The Girl Who Built an Ocean: An Artist, an Argonaut, and the True Story of the World’s First Aquarium
Jess Keating and Michelle Mee Nutter, ill.
Knopf BFYR/PRHC, Oct.

In this STEM book, zoologist turned author Jess Keating teams up with Michelle Mee Nutter to share the inspiring tale of Jeanne Villepreux-Power, the daughter of a seamstress and a cobbler, whose fascination with argonaut cephalopods led her to build the world’s first aquarium, an invention that has resulted in countless scientific discoveries. 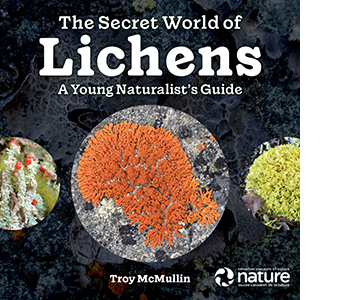 The Secret World of Lichens: A Young Naturalist’s Guide, written by research scientist in lichenology Troy McMullin in collaboration with the Canadian Museum of Nature, introduces readers to 40 of the most extraordinary species of the complex life form known as lichen. 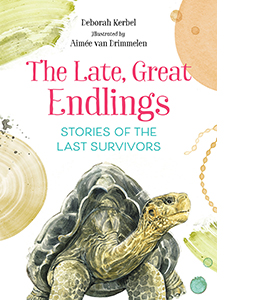 Deborah Kerbel’s latest is a STEM picture book that pays homage to endlings, the last known survivors of a species. Factual descriptions of these animals, which include the passenger pigeon and the Tasmanian devil, are presented in rhyming stanzas and accompanied by watercolour illustrations that put a face to a lost species. 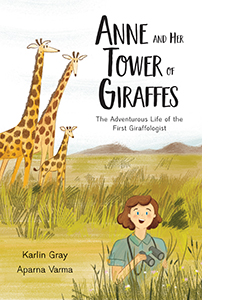 Anne and Her Tower of Giraffes: The Adventurous Life of the First Giraffologist
Karlin Gray and Aparna Varma, ill.
Kids Can Press, Sept.

The moment Dr. Anne Innis Dagg laid eyes on a giraffe at the tender age of three; she was mesmerized. The encounter set Anne on a path that would lead her to the plains of South Africa and to becoming the world’s first giraffologist. 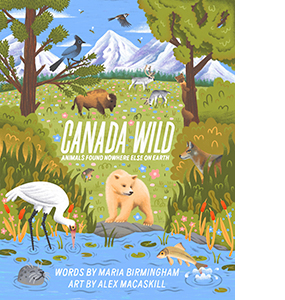 In Canada Wild, award-winning author Maria Birmingham showcases the habitat, diet, and status of 12 uniquely Canadian animals, including the Kermode bear and Peary caribou. The informative back matter consists of a map of Canada and tips on fighting climate change.