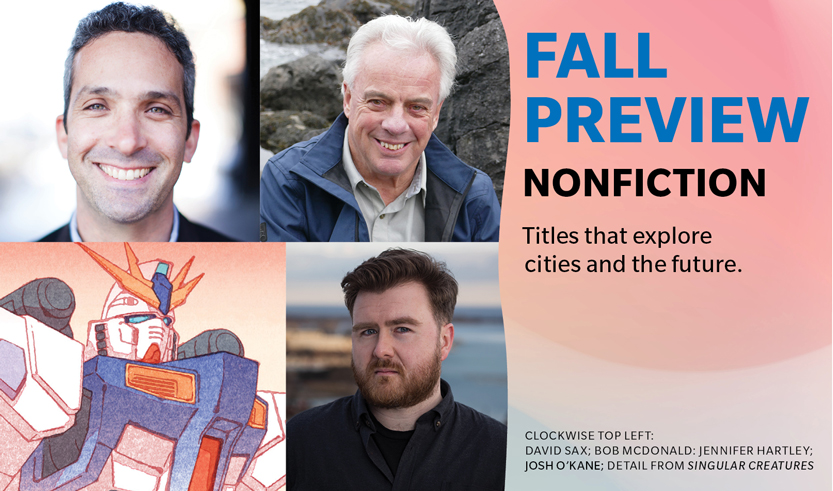 The nature of cities and their relative importance in modern society is dealt with from a variety of perspectives in these upcoming urban reads. 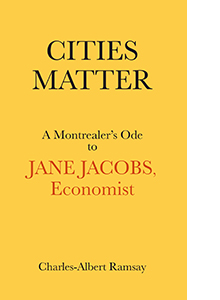 Montreal economist Charles-Albert Ramsay examines the economic writings of noted urbanist Jane Jacobs and uses them to argue why cities exist and how rumours of their COVID-19-prompted demise are dead wrong. –Cassandra Drudi

Globe and Mail reporter Josh O’Kane’s investigation into the Sidewalk Labs fiasco in Toronto raises the issues of data privacy and monetization that arise alongside Big Tech’s expansion into the real world. –CD

This posthumous collection gathers works that landscape architect and educator Cornelia Hahn Oberlander wrote in the ’60s and ’70s, in which she urged city planners to recognize the importance of playgrounds and include them in new construction. –CD

Will the future spell certain doom for life on Earth as we know it, or is there hope for humans yet? These titles offer fresh perspectives on the possibilities of what may come. 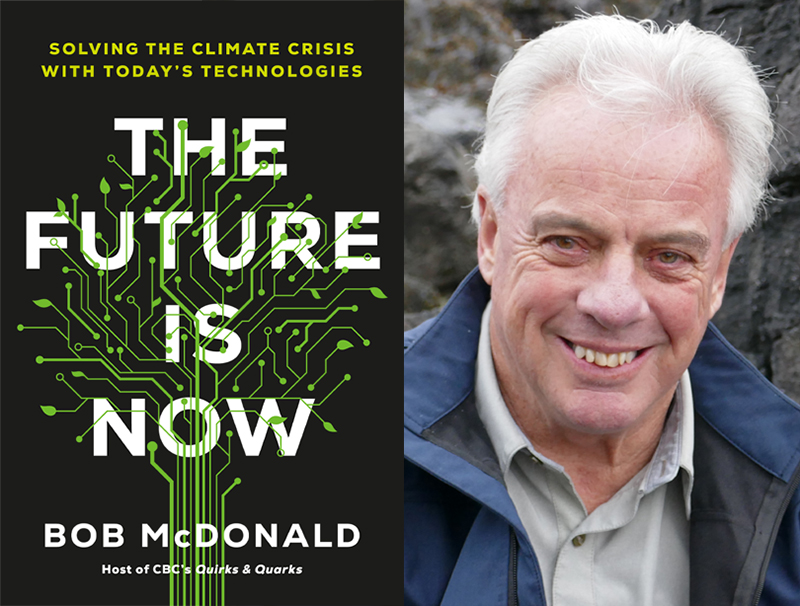 Science journalist and Quirks & Quarks host Bob McDonald uses the global industrial shutdowns brought on by COVID-19 to show that a green future is possible – and upon us. McDonald explores the usual alternative energy sources, but also introduces readers to new ones, including desk-sized nuclear reactors, space-based solar power satellites, and energy from waves, tides, and hydrogen. –CD

The Future Is Analog: How to Create a More Human World
David Sax
PublicAffairs, Nov.

In this follow-up to his 2016 hit The Revenge of Analog, David Sax looks at how the ongoing pandemic has confirmed or contradicted some of our assumptions about our digital future. What did we learn about the value of analog experiences when they were suddenly taken away? With many people working remotely and consuming once-public entertainments like movies or even arts festivals from their living rooms, did we discover the limits of our much-anticipated and very-much-hyped digital utopia? –Andrew Woodrow-Butcher

Philosopher and author Mark Kingwell looks at the post-human future and examines whether humans and their robotic creations will be able to coexist peacefully or will fight for species superiority. –CD

By: Cassandra Drudi and Andrew Woodrow-Butcher