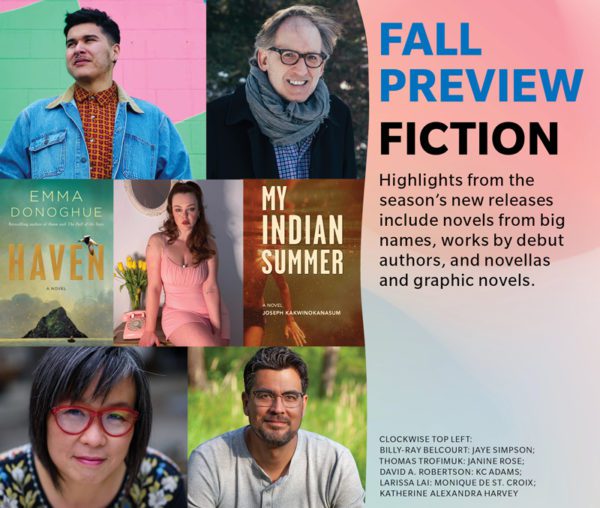 With one of the more unusual premises among this fall’s fiction, including narration by the famous Charles Bridge in Prague, Trofimuk tells of the escape of an elephant named Sál from the Prague Zoo, revealing her history and that of the people whose lives she touches as she wanders through the city. –Attila Berki 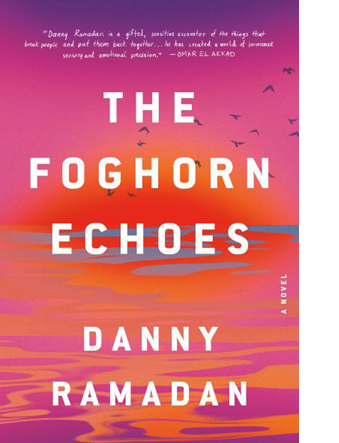 In this sophomore novel by the author of The Clothesline Swing, the discovery and destruction of a budding romance between two Syrian boys reverberates through their lives. One will leave his marriage to live on the streets of war-torn Damascus, while the other, a refugee, lives an openly gay but troubled life in Vancouver. –AB

The mill workers in the Northern Quebec town of Roberval are on strike when the stunningly handsome and charismatic Querelle first arrives from Montreal. His presence on the picket line awakens an unexpected lust in more than a few of the men. This homage to Genet’s Querelle de Brest won France’s Marquis de Sade Prize for its interweaving of class struggle, tragedy, and sex. –Andrew Woodrow-Butcher 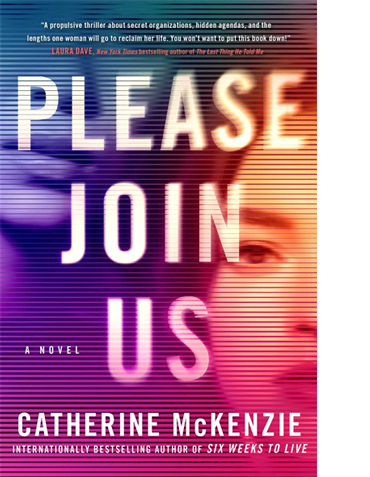 Nicole Miller is about to lose her law career and her apartment when a solution arrives by way of an invitation to Panthera Leo, an exclusive women’s networking group, which she joins despite her husband’s concerns it’s a cult. But soon, Panthera Leo’s expectations turn sinister, and Nicole must get out of the group before it’s too late. –Cassandra Drudi

We Should Not Be Afraid of the Sky
Emma Hooper
Penguin Canada/PRHC, Aug.

Five sisters enjoy a pastoral childhood in their Portuguese village during the Roman Empire’s golden age. But when they are abducted from their home by soldiers who bring them to the commander, they find themselves at the heart of a deadly standoff, and each must fight her own battle to survive. –CD 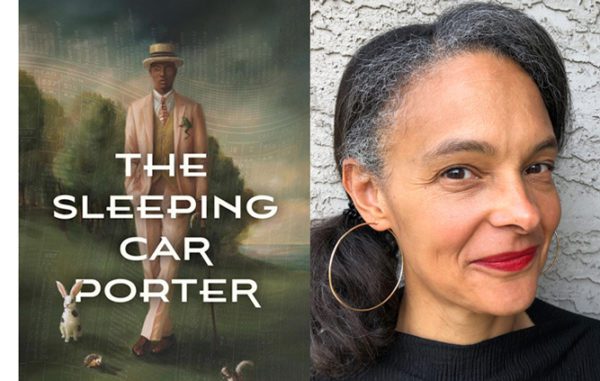 As a queer Black man in the 1920s, night porter Baxter is very used to holding his tongue and keeping his secrets long enough to earn a few tips from his white passengers. But when an accident strands his cross-Canada train, Calgary writer Suzette Mayr’s protagonist discovers how quickly civilities can turn into threats. –AWB

This House Is Not a Home
Katłįà
Roseway Publishing, Sept.

This second novel from Katłįà, a former councillor for the Yellowknives Dene First Nation, explores the housing crisis in the North through fictional characters who find themselves dispossessed of their homes and land by an uncaring government and colonial housing system. –CD

Billed as a “quintet of linked novellas,” This Unlikely Soil centres on a group of queer women in rural B.C. Through foibles and follies, mistakes and misunderstandings, Routley offers a lighthearted but always loving portrait of queer community. –AWB 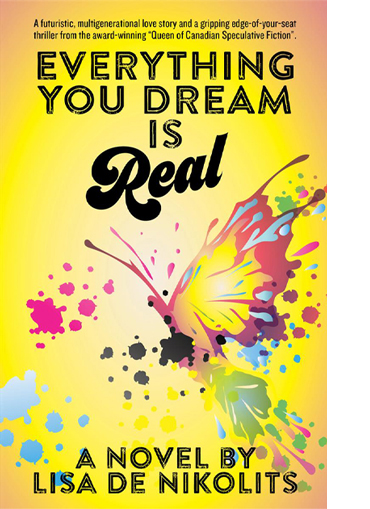 In this dystopian follow-up to 2020’s The Rage Room, droughts, food scarcity, and deadly monarch butterflies make for a desperate world in which Sharps Barkley is reunited with his former cohorts, while his mother becomes leader of the new world and faces off against an unstable plastic surgeon and his lethal cutting machines. –CD

Lambda-winner Larissa Lai returns with a novel about war, family, underground resistance, and the rise of modern China that spans the Japanese occupation of Hong Kong during the Second World War to the 1997 return of Hong Kong to China. –CD 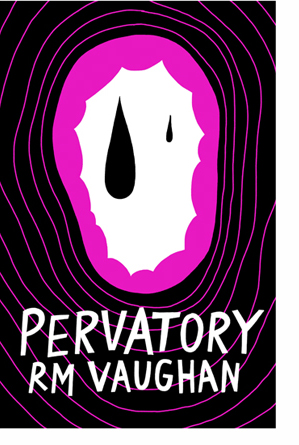 The late poet, playwright, journalist, and queer activist RM Vaughan’s posthumous novel explores lust, love, and mental health. Told in a series of journal entries, Pervatory chronicles a gay Toronto man’s move to Berlin – a journey that begins as a sexual adventure but drifts toward obsession, instability, and a possible brush with the supernatural. –AWB

For her new novel, Donoghue reaches far back into Irish history – to the seventh-century origins of a monastery on the remote and inhospitable rock of Skellig Michael off the coast of Ireland, now a UNESCO world heritage site – and explores the meaning of survival and faith in isolation from the “sinful world.” –AB

From reliable purveyor of psychological suspense Joy Fielding comes a novel, set in Rosedale, in which a woman finds she is shut out by the housekeeper she hired to look after her aging parents. –AB

The Theory of Crows
David A. Robertson
Harper Perennial/HCC, Sept.

In his adult fiction debut, the bestselling children’s author explores family relationships and the potential of the land to heal as he tells the story of Matthew and his estranged teenage daughter, Holly, who set off to find a long-lost cabin on the family’s trapline after tragedy strikes. –CD 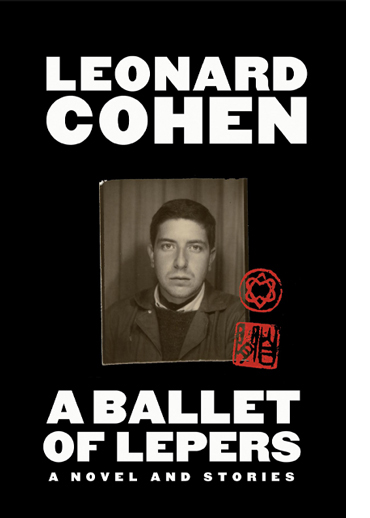 Six years after his death comes a collection of Cohen’s previously unpublished work, all written between 1956 and 1961, when he was in his twenties and living in Montreal and Hydra, Greece. It will be parsed by fans and academics for the ideas of Cohen’s youth, as well as the themes that endured in his songs and mature writings. –AB

Governor General’s Literary Award– and Commonwealth Writers’ Prize–winner Ann-Marie MacDonald’s fourth novel follows Charlotte Bell, a girl with a strange illness, being raised near the border between England and Scotland in the 1800s. When she finds an unusual object in the local bog, the secrets of her family, her community, and her own identity start to come to light. –AWB 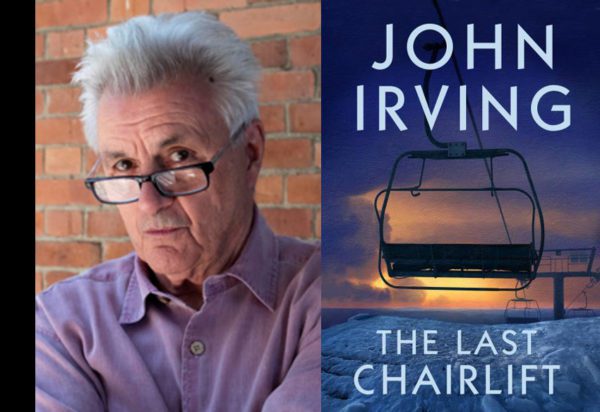 Raised in an unconventional family in New England, Adam travels to Aspen, where he was conceived in 1941, to understand the past and encounter a variety of ghosts. In his first novel in seven years, Irving examines the history of sexual politics over the course of eight decades. –AB

Touted as likely to stir some controversy, Richards’ new novel is about a time of change – both for the better and for the worse – in Miramichi, New Brunswick. The local asbestos mine is under investigation and the community falls prey to the toxic delusions and self-promotion of certain individuals. –AB

An unnamed narrator goes back to Northern Alberta after abandoning his thesis in this first novel from Griffin Poetry Prize-winning poet Billy-Ray Belcourt. In his rural hometown, he searches for the shape of the novel he longs to write, giving space for those he meets to share their joys and miseries. –CD

Hunter Frank, 12 years old and abandoned by his mother to the fitful care of his three kookums, desperately wants out of the town of Red Rock. A new friend with a dubious business proposition offers him the possibility of achieving his goal. This first novel from Kakwinokanasum, a 2022 Writers’ Trust of Canada Rising Star, is loosely based on his childhood. –AB

Quiet Time is a coming-of-age tale about Grace, whose need for attention drives her to Jack, a painter for whom she becomes muse and lover. But their relationship, fuelled by drugs and lust, proves turbulent and dangerous, and Grace soon feels she is becoming transparent as a ghost. –CD 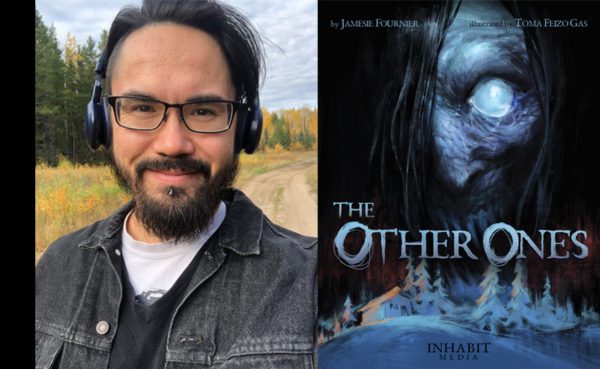 The Other Ones
Jamesie Fournier and Toma Feizo Gas, ill.
Inhabit Media, Oct.

A mother and daughter repair a badly damaged fishing net at their cabin on a frozen lake, but that night, a traditional game with string figures made from leftover netting awakens monstrous forces. This debut by Inuk author Fournier combines modern horror writing with traditional Inuit mythology. –AB

When authorities downplay the threats against a mosque, a group of volunteers takes on the security watch at the Islamic Cultural Centre during the celebration of Eid night. Waterloo academic Pirbhai’s debut novel examines community, friendships, and faith in the face of hatred and violence against Muslims. –AB

The appearance of a mysterious Japanese book in the mailbox of a disillusioned writer of slasher flicks prompts her to revisit her past in this dark fairy tale – with elements of a whodunit and a dollop of monsters – that looks at the deceits of memory and the nature of creativity. –AB 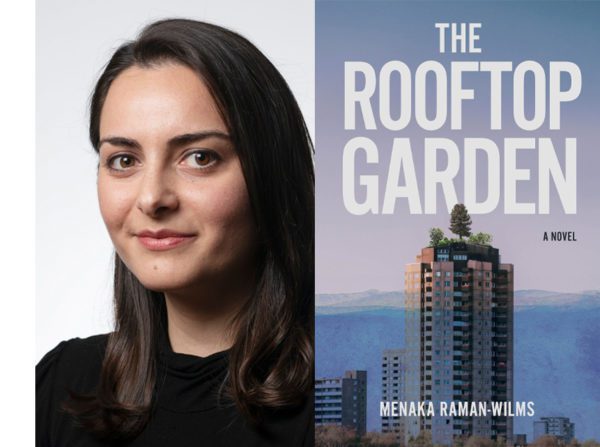 In this debut novel from Globe and Mail podcast host Menaka Raman-Wilms, Nabila is a researcher who studies seaweed in warming oceans and Matthew is a childhood friend who goes missing after joining a group of angry young men. Nabila travels far from home to find him, convinced she is the only one who can help. –CD

Young Victor is entranced by the English language, and especially the literature that learning it has unlocked. But his passion for Western art and ideas is at odds with the values of China’s ongoing Cultural Revolution. Informed by writer and lawyer Lee’s own childhood in China, this debut novel received the Guernica Prize for boundary-pushing literary fiction. –AWB

In this lighthearted work, Yukon comic artist Kim Edgar explores the paradoxes of mysterious illness through a title character who is strong and peppy but experiences extreme pain and fatigue when she uses her strength. –CD

Ma’s second graphic novel follows the success of 2020’s Moms. This hilarious, biting story follows three young friends trying to make it in the arts, and was translated from the Korean by Vancouver writer Janet Hong. –AWB 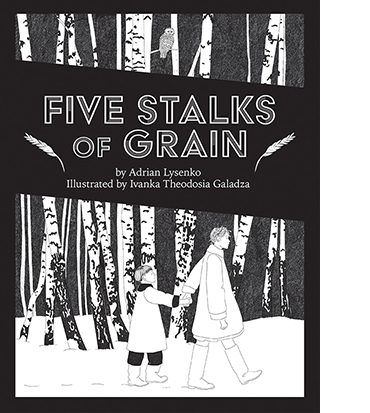 During the 1930s, the Holodomor, a famine widely acknowledged to have been caused by human actions, killed millions of Ukrainians. At the time, Soviet officials vowed to execute any person found to be hoarding even “five stalks of grain.” This poignant (and, sadly, timely) graphic historical fiction tells the story of the orphaned children of a Ukrainian woman accused of and executed for hoarding as they try to survive a humanitarian disaster. –AWB