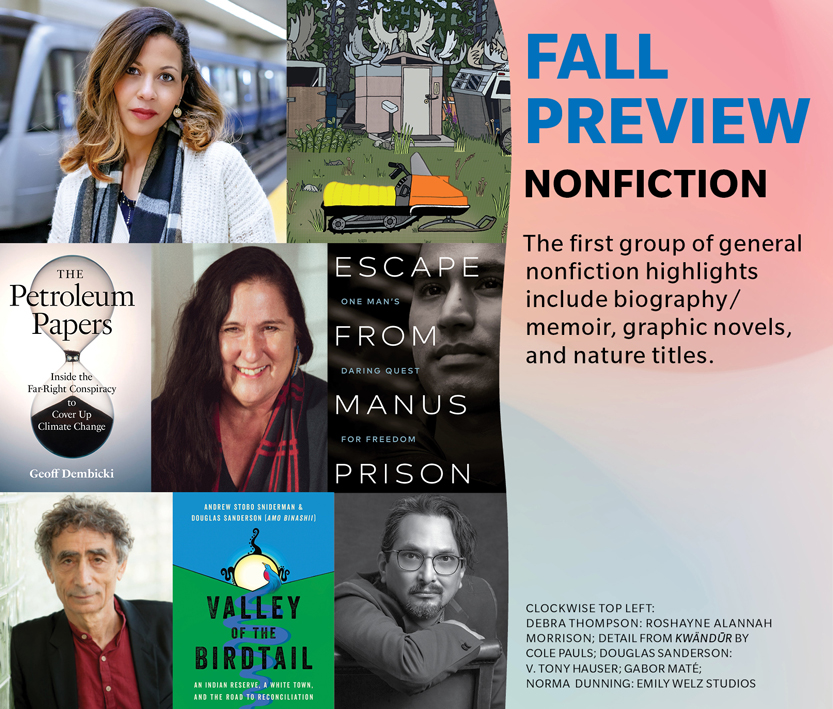 Valley of the Birdtail: An Indian Reserve, a White Town, and the Road to Reconciliation
Andrew Stobo Sniderman and Douglas Sanderson
HarperCollins, Aug.

Through the story of two families – one Indigenous, one white – in the Waywayseecappo First Nation and the neighbouring town of Rossburn, Manitoba, Sniderman and Sanderson delineate what has gone wrong in the relations between Indigenous Peoples and non-Indigenous Canadians for 150 years, but also offer hope for reconciliation and how to overcome racism. –Attila Berki

The Myth of Normal: Trauma, Illness and Healing in a Toxic Culture
Gabor Maté and Daniel Maté
Knopf Canada, Sept.

The author of In the Realm of Hungry Ghosts, writing in collaboration with his son, proposes that the concept of “normal” in modern Western medicine and society is fallacious, that illness is a result of abnormal and unnatural circumstances, and that the trauma and stress of the modern world must be factored into the treatment of physical and emotional health. –AB

Toronto activist and educator Kim Samuel looks at the crisis of social isolation – which is exacerbated by stress, physical disconnection, and environmental degradation – and looks at the work being done by individuals in different fields to cultivate belonging in society. –AB

Journalist Geoff Dembicki’s book, published in partnership with the David Suzuki Institute, draws from confidential oil industry documents to reveal how major companies built a global right-wing echo chamber to protect oil sands profits. Dembicki demonstrates the deleterious impact this had on solving the global climate crisis, and shares the stories of the activists fighting this campaign of misinformation. –AB

Calgary emergency-room doctor Heather Patterson was, like so many health care workers, on the front lines of the response to COVID in 2020. Photography was her long-time hobby, and as the pandemic filled ICUs around the country, she began documenting its impact on her patients and her colleagues. The result is a haunting and important visual record of a unique moment – uniting but divisive, harrowing but hopeful – and a behind-the-scenes glimpse of the work physicians, nurses, and other front-line workers did and are still doing to keep us all well. –Andrew Woodrow-Butcher

Dark Goals looks at the survival of soccer despite its misuse by 20th-century dictators and mobsters – including Benito Mussolini, Adolf Hitler, Eva and Juan Perón, Augusto Pinochet, and the drug lord Pablo Escobar – who have tried to harness the game to manipulate their people and extend their reigns. –Cassandra Drudi 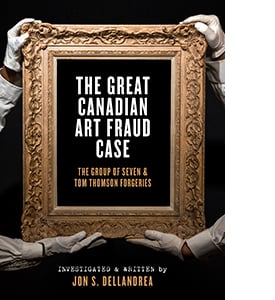 Stories about art forgeries fascinate, and in the 1960s, forged works of Tom Thomson and the Group of Seven were flooding the Canadian market. Art historian Jon S. Dellandrea delves into the life of an obscure and talented artist, a forgery racket unlike any in North America at the time, and the biggest art fraud trial in Canadian history, now largely forgotten. –AB

In the Name of Wild: One Family, Five Years, Ten Countries, and a New Vision of Wildness
Phillip Vannini and April Vannini, with Autumn Vannini
On Point Press/UBC Press, Oct.

Ethnographers and filmmakers Phillip and April Vannini travelled with their family to five continents, 10 countries, and 20 World Heritage Sites in five years. The resulting book – part memoir, part travelogue – reframes wildness as kinship and coexistence with the land. –CD 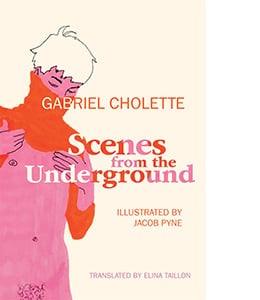 Tour the secret parties, wildest clubs, most popular bathhouses, and raunchiest backrooms of Berlin, Miami, New York, and beyond in this lushly illustrated, very saucy memoir–cum–field guide to the international gay underground your parents warned you about. –AWB

Wired for Music: A Search for Health and Joy through the Science of Sound
Adriana Barton
Greystone Books, Oct.

Despite its ubiquity in our age of broadcasting and streaming, the value of music as a tool for well-being is underappreciated. Whether as a mood enhancer, a memory aid, or a sedative, our species’s capacity to derive positive effects from music is remarkable. Vancouver-based health journalist and cellist Adriana Barton draws from her own experiences and the wealth of new research on music and the brain in a book that looks at the medical impacts of music-making and -listening. –AWB 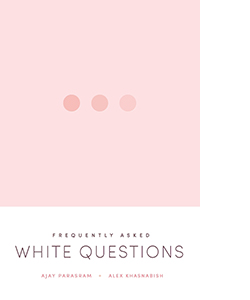 Based on their popular YouTube series Safe Space for White Questions, this duo of professors offers a book to help anyone who needs some entry-level answers to their questions about race and racial privilege. Writing in a way that breaks complex ideas down and explains them without buzzwords, Ajay Parasram and Alex Khasnabish answer the 10 questions they hear most often about how race plays a part in our daily lives. –AWB

True Reconciliation: How to Be a Force for Change
Jody Wilson-Raybould
McClelland & Stewart, Nov.

Following up on her 2021 memoir, Jody Wilson-Raybould turns her attention to the work of reconciliation in Canada and outlines three core practices that can be acted on by individuals, communities, organizations, and governments. This includes an understanding of the Indigenous experience of Canada, provided via oral histories from both Indigenous and non-Indigenous voices. –AB

McGill University political science professor Debra Thompson has moved between Canada and the U.S. and uses her experience as a springboard to examine the history of Black people who have crisscrossed the border in search of freedom and belonging. Intertwining memoir and history, Thompson provides a deep look at the nature of Black identity in North America. –AB

Holden After and Before: Love Letter for a Son Lost to Overdose
Tara McGuire
Arsenal Pulp Press, Sept.

Vancouver broadcaster Tara McGuire’s 21-year-old son died of an accidental drug overdose in 2015. McGuire shifts between periods before and after Holden’s death, seeking to imagine, reconstruct, and understand his life in both its beauty and trauma. She also writes of her own pain and grief in a moving elegy for a life lost to the opioid crisis. –AB

Javiet Ealom fled Myanmar only to find himself jailed for years at Australia’s infamous offshore detention site on Manus Island. His escape from a repressive regime, ordeal at the hands of an inhumane Australian immigration policy, daring escape from Manus, and odyssey to reach refuge in Canada are all recounted in this memoir. –AB 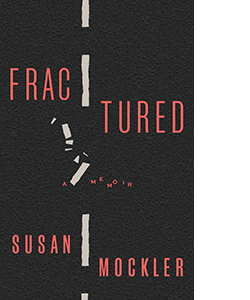 After a highway collision with a moose left her with an incomplete spinal injury, Susan Mockler found her ability to walk affected and was unable to care for herself. In Fractured, she explores the difficulties inherent in acquired disability and shares the lessons she learned from her experience. –CD

Harrison Mooney was adopted as an infant by a white evangelical family in British Columbia’s Bible belt, and he only found out that his mother – a West African immigrant – had wanted to keep him when he first met her at the age of 25. This coming-of-age memoir deals with identity and the racism baked into Christian outreach. –CD 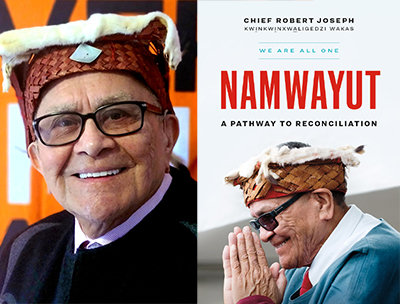 Namwayut—We Are All One: A Pathway to Reconciliation
Chief Robert Joseph
Page Two Books, Sept.

Hereditary Chief of the Gwawaenuk Tribe, Robert Joseph writes of his life and how his experience as a survivor of the residential school system led to his role as peacebuilder with a deep commitment to reconciliation. His book provides guidance on how to transform our relationships and create societal change. –AB

Kinauvit?: What’s Your Name? The Eskimo Disc System and a Daughter’s Search for Her Grandmother
Norma Dunning
Douglas & McIntyre, Oct.

Based in part on interviews with community members who experienced the bureaucratic and dehumanizing Eskimo Identification System first-hand, Governor-General’s Literary Award–winning Inuk writer and scholar Norma Dunning paints a comprehensive portrait of a colonialist bureaucracy program that was in place for 30 years and is often excluded from history books. –CD 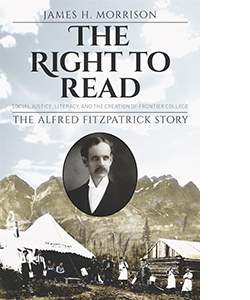 More than 120 years ago, Alfred Fitzpatrick started the literacy organization that would become Frontier College in the mining and lumber camps of Northern Ontario. His belief that every person has a right to read, regardless of social class or employment, still informs the work of the College today, and has made an immeasurable impact on Canadian literacy in both official languages. Historian and former Frontier College labourer and teacher James H. Morrison offers a comprehensive account of the life of this literacy activist and his legacy. –AWB

Jamal Saeed was imprisoned for 12 years by the al-Assad regime for his writings and opposition to the government. This memoir tells not only of his time in Syria’s most brutal military prisons but of village life, youth, love, poetry, and a country and society warped from its potential. –AB 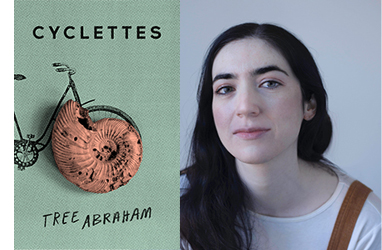 This multimedia work incorporates diagrams, text, drawings, charts, and more to produce a unique read that is part travel literature, part memoir, and part meditation on the meaning of life. Designer Tree Abraham considers what it might mean to forge her own path in a world so full of instability and climate catastrophe. Cyclettes is in some ways a coming-of-age book for adults, asking readers, Once you know who you are, where can that take you? –AWB

Bestselling cartoonist Kate Beaton (Hark! A Vagrant) returns with her first full-length narrative: a graphic memoir that tracks the two years she spent working in Fort McMurray after graduating from university with the single goal of paying off her student loans. –CD

This collection gathers comic strips Cole Pauls has created for magazines, festivals, and workshops, weaving stories of the Indigenous people who live in the North with personal stories from his own family to celebrate the language and cultural practices of the Southern Tutchone. –CD 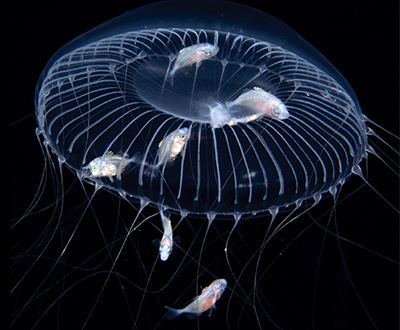 Conservationist and scientist Erich Hoyt brings readers into the nighttime ocean to reveal the midnight feast for countless microscopic plankton that range from the tiny and delicate to the human-sized and terrifying. –CD

Seven species of large North American mammals survived the mass die-off after the Ice Age, and taking a closer look at the stories of the black bear, coyote, cougar, javelina, mountain goat, pronghorn, and white-tailed deer can help us understand the impact of humans and how climate change is affecting these species today. –CD