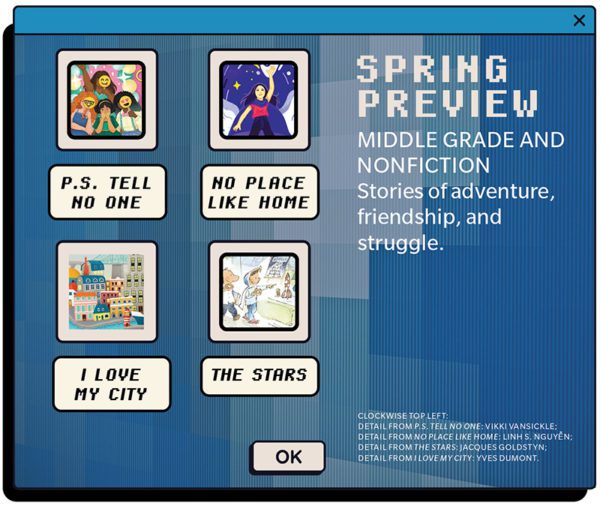 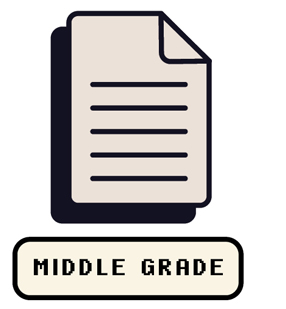 When Sunny, Twix, Hoops, and MP have their phones confiscated in class, Sunny decides the best way for them to communicate is via a secret shared journal. Over the course of the seventh grade, this fun approach to staying in touch leads the tween girls to explore feelings and events both big and small.

The Rainbow, the Midwife, and The Birds explores four Dene tales – “Flight Through the Rainbow,” “The Midwife and the Spirit of Life,” “The Slingshot and the Songbird,” and “The Medicine Brothers and the Giant Birds” – as told by award-winning Dene author, producer, and director Raymond Yakeleya. 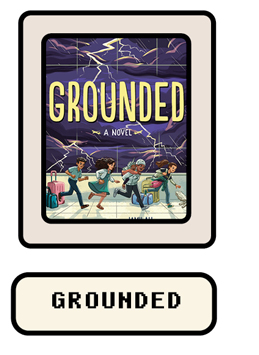 Four bestselling and award-winning authors collaborate for this middle-grade novel that follows an unlikely group of kids thrown together when their flight is cancelled. Told in alternating points of view, Grounded is the story of an unforgettable night at the airport that will change these kids forever.

In her literary debut, Linh S. Nguyễn brings readers a timeless fantasy that sees Lan swept into the pages of the book she is reading. In the magical world of Silva, Lan has the power to help the book’s protagonists as well as shape a new tale. But first she must answer the question: How do you redefine a lost home?

In this story of young love, Yakov and Aïcha bond over their shared interest in astronomy. When their fathers fear they are becoming too close, Yakov and Aïcha are forbidden to see each other, and, eventually, Aïcha moves away. Years later, Yakov has fulfilled his dream, but the question remains: Will he ever see Aïcha again? 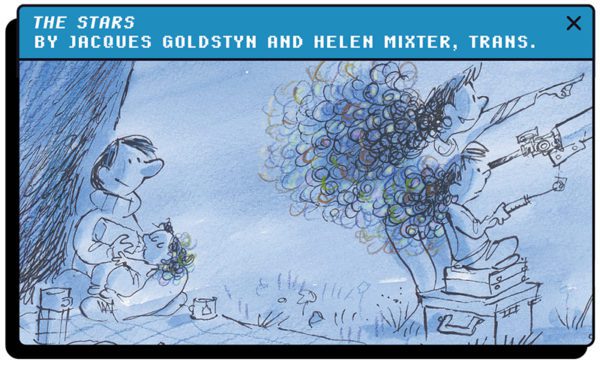 This coming-of-age story, set in the 1960s and present-day Winnipeg, follows the life of an ordinary young girl living during a decade of extraordinary change that touches on the Cuban Missile Crisis, Expo 67, Beatlemania, and the legalization of birth control.

Where the Water Takes Us
Alan Barillaro
Candlewick, July 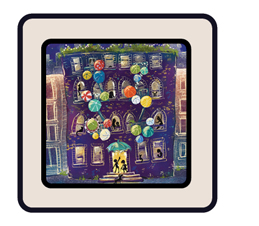 Colleen Nelson, winner of the 2019 Ruth and Sylvia Schwartz Award, introduces readers to Ruby and Scout, who are determined to save their historic Manhattan apartment building, Umbrella House, with the help of a Young Voices competition and the famous East Village artist, Midnight Muralist.

I Love My City 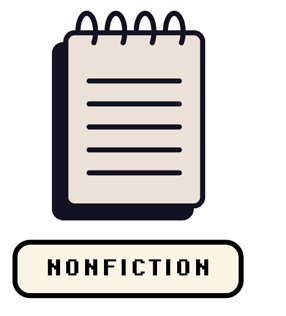 France Desmarais and municipal administrator Richard Adam answer the questions on every budding city planner’s mind in this full-colour book that explores the engineering, geography, history, science, and technology behind how cities function. Providing the illustrations is Yves Dumont.

From ornithology (the study of birds) to caseology (the study of cheese) and paleontology (the study of ancient life), readers will learn about the different “ologists” that make up the field of science. Brimming with illustrations, interviews, comics, photographs, charts, recipes, and interesting facts, this book shows just how much fun science can be. 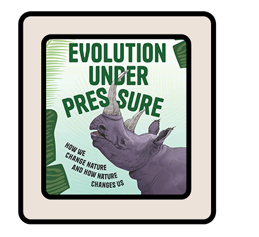 Evolution Under Pressure: How We Change Nature and How Nature Changes Us
Yolanda Ridge and Dane Thibeault, ill.
Annick Press, May

Award-winning author Yolanda Ridge delves into the science behind evolution and illustrates how human behaviours have not only resulted in physical changes in animals but also in the environment. She demonstrates that by understanding the consequences of our actions we can make a way forward.

The Best Way to Get Your Way
Tanya Lloyd Kyi and Chanelle Nibbelink, ill.
Kids Can Press, May

In her latest nonfiction offering, Vancouver author Tanya Lloyd Kyi (This Is Your Brain on Stereotypes) introduces readers to the art of the debate. By examining five issues from both sides, Kyi covers the entire debating process of resolution, opening statement, research, rebuttal, and closing argument.

In his literary debut, Paul Tom (who was born in a refugee camp in Thailand and now lives in Montreal), chronicles the journeys of three minors – Afshin, Alain, and Patricia – as they make their way to Canada to request refugee status. Equal parts heartbreaking and courageous, Alone demonstrates the incredible resilience of three young people in the search for a place to call home. 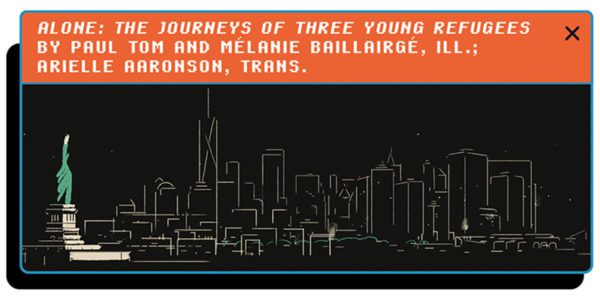 Suzanne Methot reimagines her 2019 book Legacy: Trauma, Story, and Indigenous Healing, winner of the 2019–20 Huguenot Society of Canada Award, for a young adult audience. In Killing the Wittigo, she explains both the effects of colonization on Indigenous communities and how trauma alters a person’s brain, body, and behaviour. Stories of transformative action illustrate the ways Indigenous communities are able to heal. 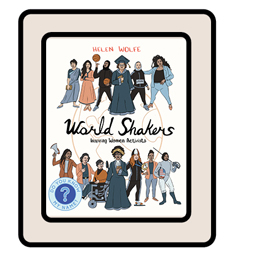 World Shakers: Inspiring Women Activists, book two in the Do You Know My Name? series, places the spotlight on women – such as Judy Heumann, a disability rights activist, and Alicia Garza, a co-founder of Black Lives Matter – who used their voices to battle discrimination and create a path for others to follow.