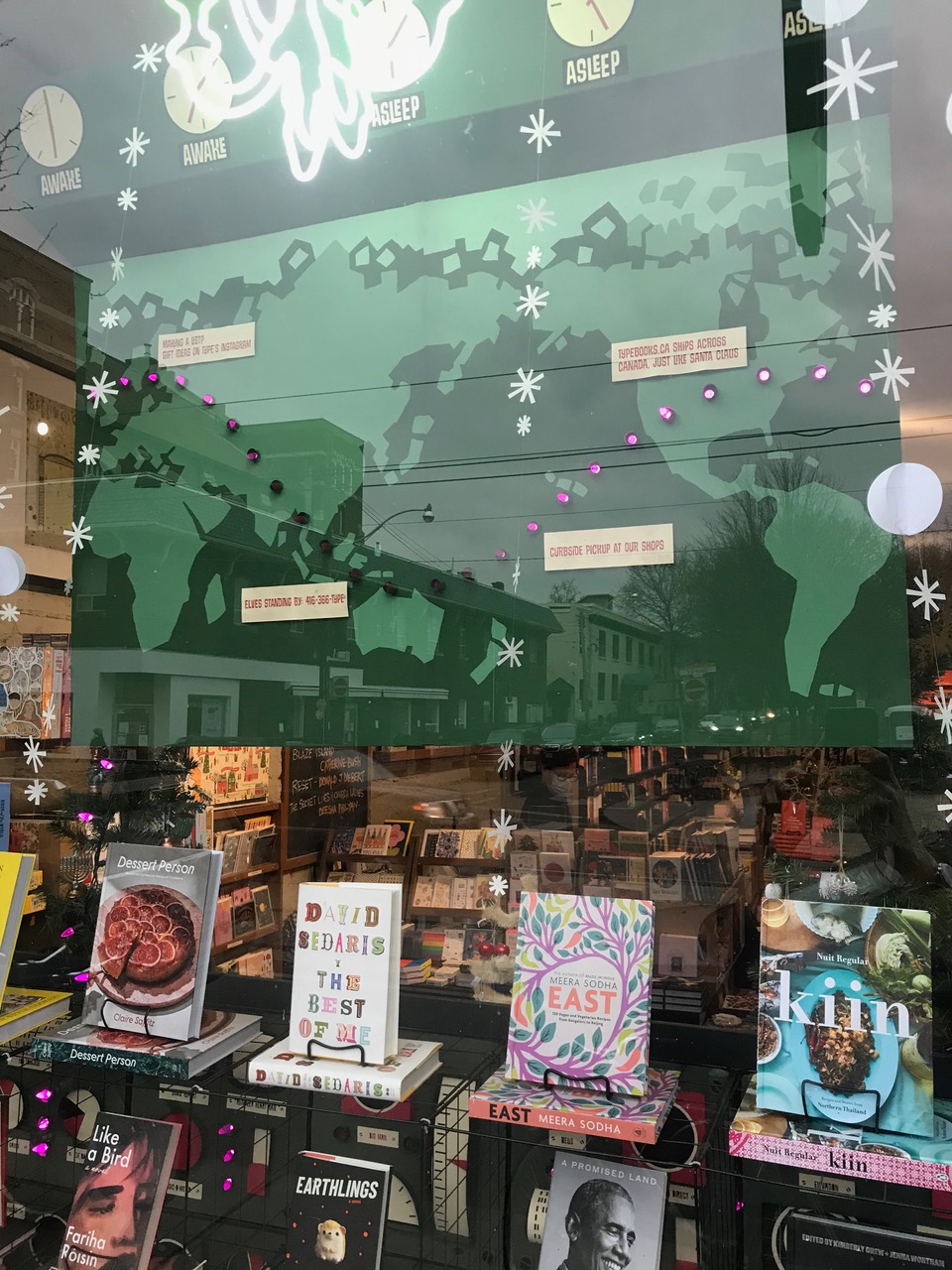 It’s the most wonderful time of a year we’re all eager to forget, but Type Books’s Queen St. location in Toronto is quite literally shining some light with its annual Christmas window. Paul Dotey, bookseller, illustrator, and designer of the store’s eye-catching windows, gave Q&Q a glimpse behind the magic of the perfect jolly display.

Let there be lights
For this year’s theme, Dotey thought about the “Santa tracker” that would flash across the evening news on Christmas Eve, alerting viewers to Santa’s international progress. It was a clever way to incorporate Type co-owner Joanne Saul’s cardinal Christmas window rule: lights are a must. “That is always a nice challenge, to build in some sort of pyrotechnic display,” says Dotey. “We’ve got a string of Christmas lights in patterns tracking Santa’s path.” 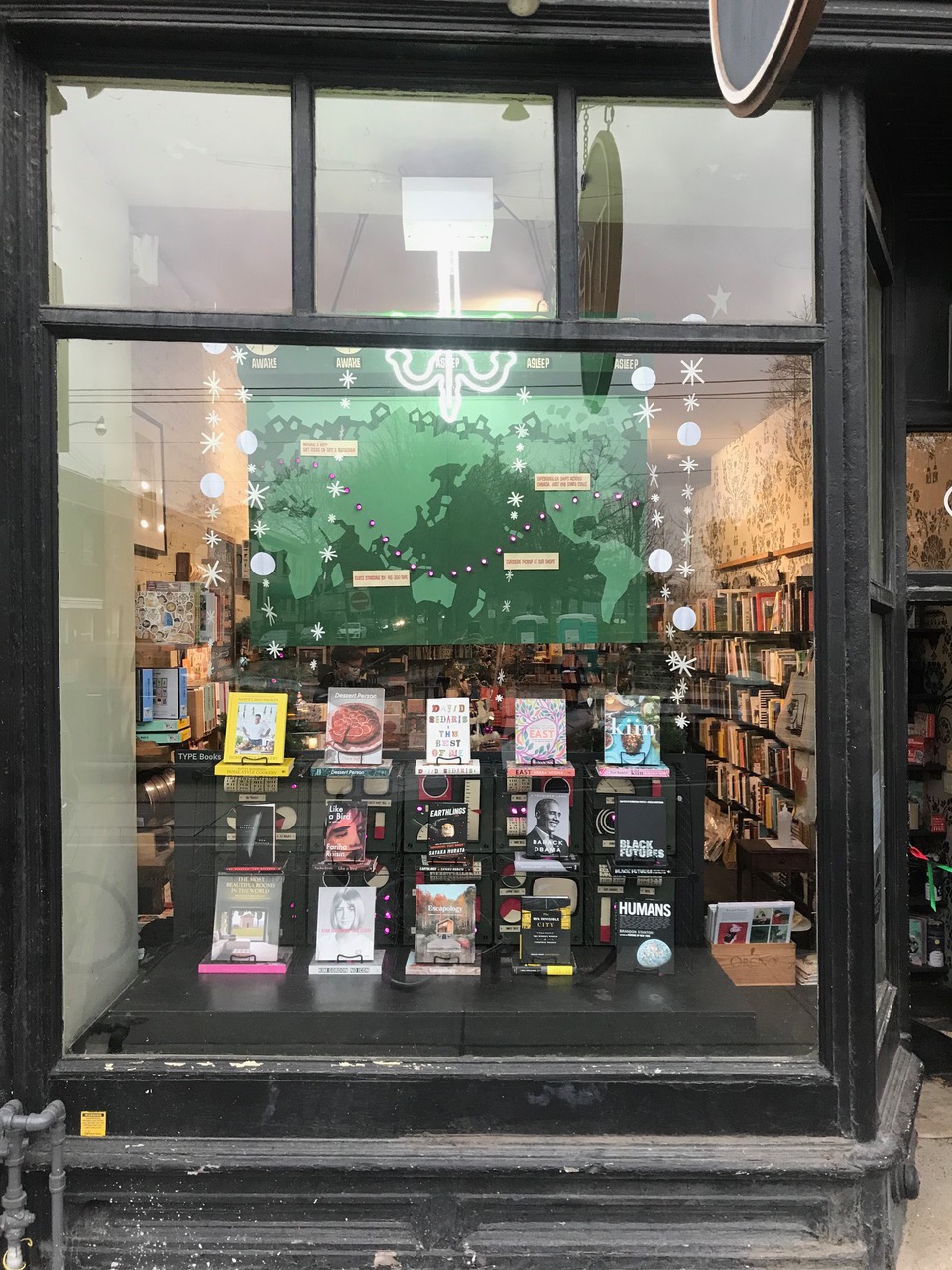 The look of lockdown
Most of the window was complete before it was announced that non-essential businesses in Toronto would go into a four-week lockdown. That night Saul texted Dotey, “How can the window pivot a little bit towards the lockdown?” In response, Dotey added throws to the store’s curbside pickup service, Instagram, phone number, and website, which co-owners Saul and Samara Walbohm call their “fourth location.” “The throws to the website were relatively last minute,” Dotey says. “We realized that was going to be our main source of revenue. It worked well, because we have a big worldwide map in the window.” 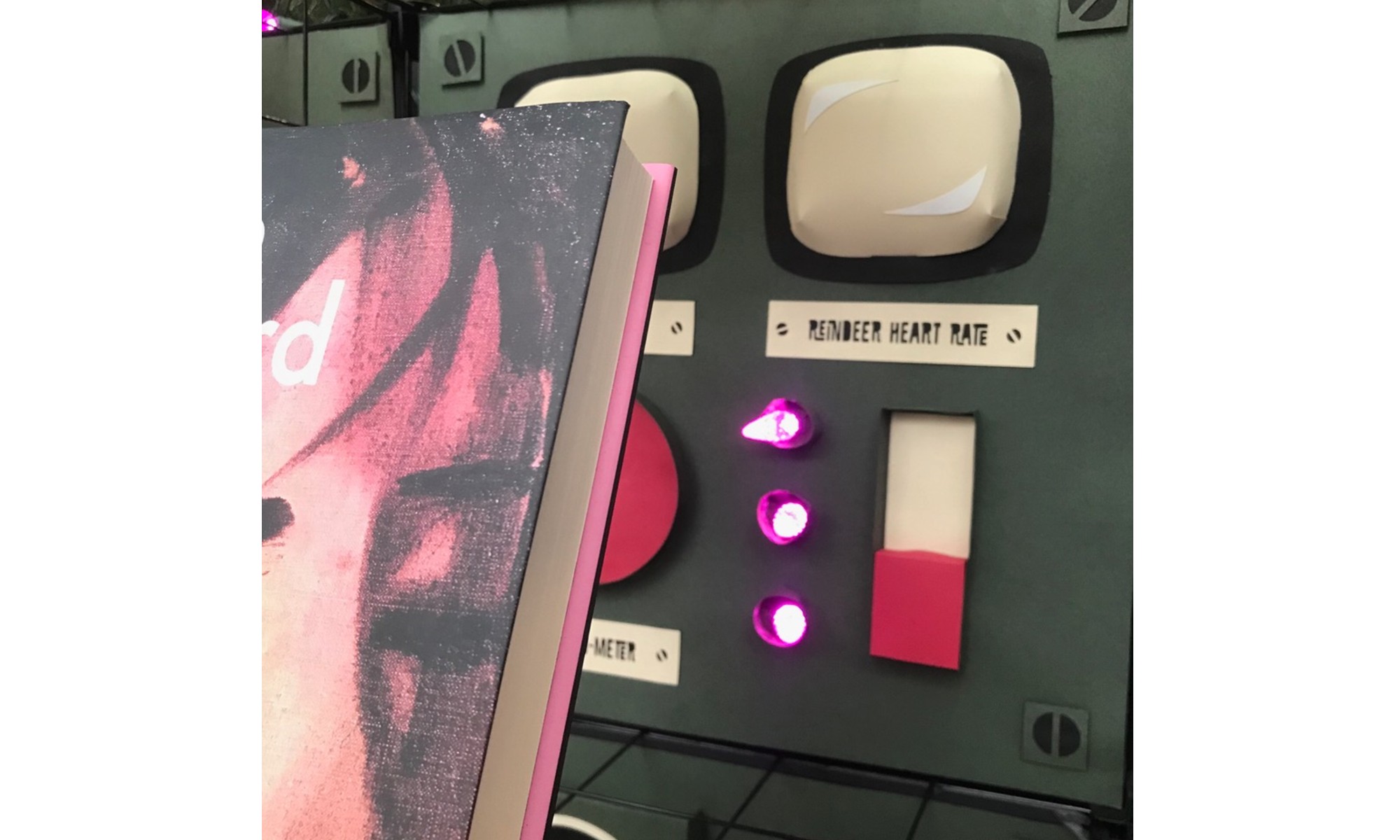 That classic type
Sundowner, the playful, cartoony font Dotey used, brought a fittingly retro vibe to the Santa-themed window, conjuring visions of Claymation reindeer in his head. “It taps into the fonts that I remember from mid-century sitcoms like Brady Bunch and Gilligan’s Island,” he says. “I thought, why not go a little bit over the top with something a little bit silly? It just fit.” 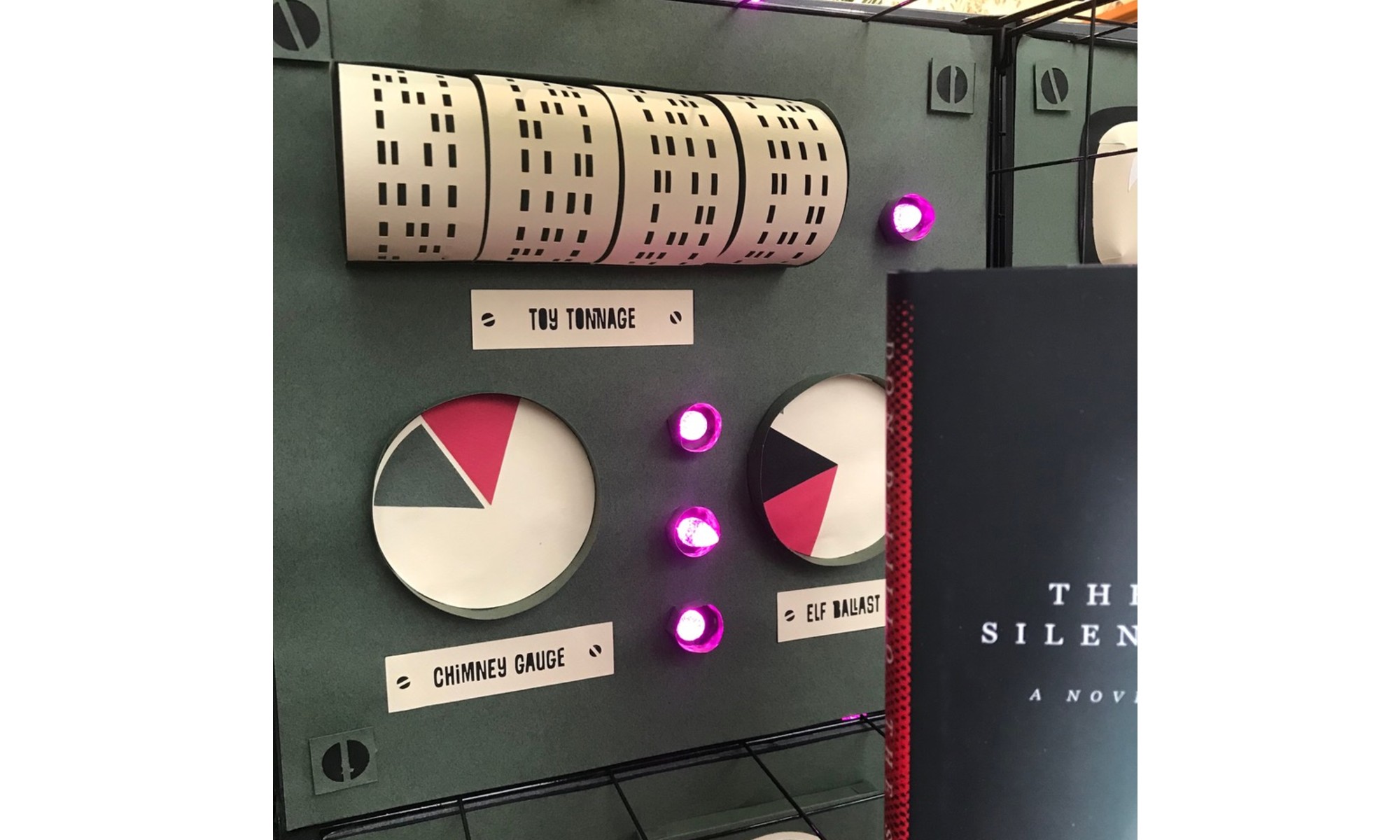 A window with a writer
To craft Santa’s festive navigational instruments, Dotey turned to his co-worker, author Derek McCormack, to cook up ideas such as Carrot Count, Magic-o-Meter, and Toy Tonnage. “I’d ask for five label ideas before end of day, then another ten by tomorrow,” Dotey says. “We had a lot of fun working on them.” 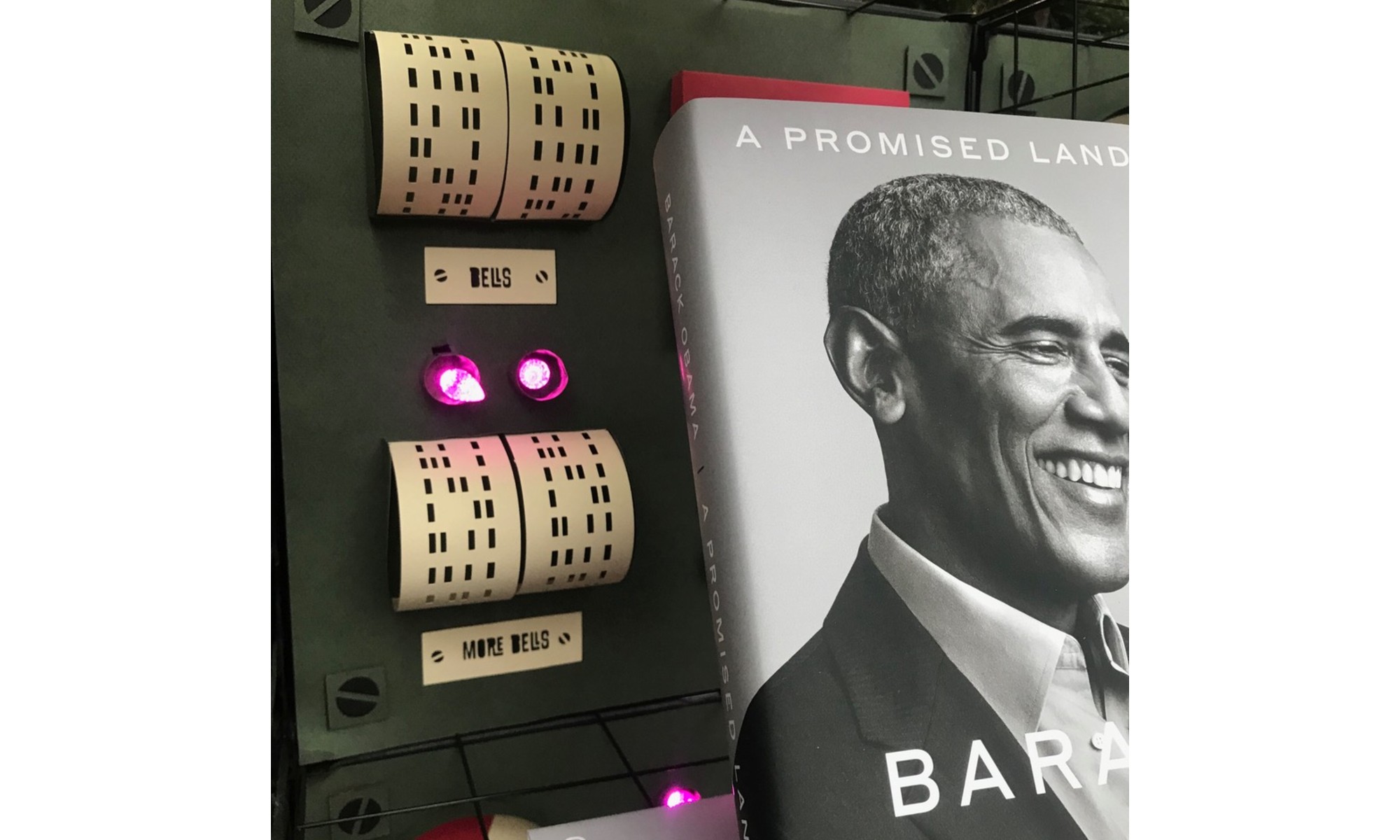 Simply the best
As for the actual books, nothing but the best would do. While Type windows can sometimes celebrate themes such as space or hygge, the Christmas window display centres the best and brightest new releases to spark gifting inspiration. This year’s display features books such as David Sedaris’s collection The Best of Me, Fariha Roisin’s Like a Bird, and Barack Obama’s A Promised Land.