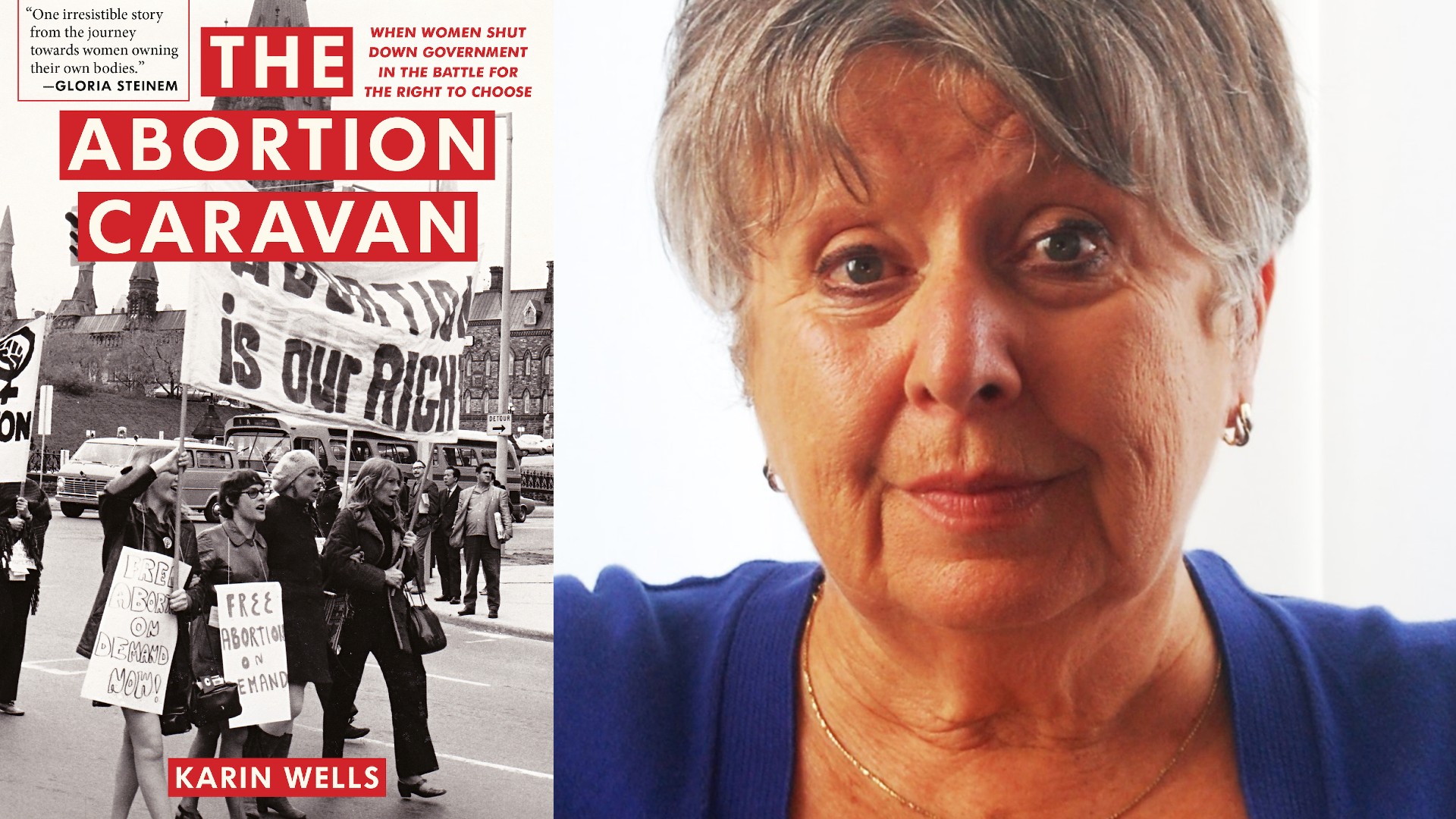 The timing was perfect – until it wasn’t. Journalist Karin Wells planned to mark the 50th anniversary of the Abortion Caravan, a group of activists who drove across Canada from Vancouver to Ottawa protesting anti-abortion laws, with a book tour that mirrored the stops made by the caravan in 1970. Her history of the protest, The Abortion Caravan: When Women Shut Down the Government in the Battle for the Right to Choose (Second Story Press), was published April 21.

When COVID-19 made travel impossible, Wells and Second Story put together a plan to salvage the tour. Wells recorded six videos of herself in her home in Port Hope, Ontario, speaking about the Caravan. Each video was tailored to the challenges the women encountered in six specific cities. Those videos were then released in partnership with the independent bookstore which was originally slated to host Wells’s reading.

Culminating today with an Ottawa-focused video, released in partnership with Octopus Books, Wells is commemorating the 50th anniversary of the Abortion Caravan’s Mother’s Day weekend protest on Parliament Hill. Wells spoke with Q&Q about wrapping a book tour she never could have predicted.

What kind of feedback did you receive?
As you would at a book launch, it was pretty positive. “This is a story that should be told,” and, what you like to hear, “where can I buy the book?” There have been comments about how effectively I do these little things, and my reading. You get kind of a movie review.

Thumbs up, I hope.
Some suggestions. Lower your voice there. It took me about seven or five takes to do every one of them. You’re sitting by yourself in your house with no direction. There’s nobody saying you don’t need to talk so much about that. That’s a new exercise. You’re learning a new discipline. And also you’re walking around your apartment trying to figure out where the best lighting is.

On the 50th anniversary of the Abortion Caravan’s protest on Parliament Hill, what do you think has changed?
The Abortion Caravan’s aim was to create a grassroots women’s movement. It’s easy to say the law didn’t change for 18 years so it didn’t count. But it was like the #MeToo movement of its time.

Just as the Harvey Weinstein revelations allowed women to start talking about what had happened to them, to find out they had a common occurrence with all these other people that they didn’t know that this had happened to [it was the same with] abortion. No one had talked about it.

That is what they did: they put the issue on the table and while not trumpeting your personal affairs from the rooftops, you felt you had support. The parallels with #MeToo only occurred to me after the fact and I have become more and more convinced of them.

And where do we still have to go?
The big issue in terms of abortion is access. The number of abortion providers is declining. When you live in Canada, what do you do when you don’t live in a big city? We’re seeing the development of virtual health and telehealth, some of that can be helpful. But even for the prescription of the abortion pill you can’t just order it by mail.

Do you feel like you’ve been on tour even though you’ve been at home?
To some degree, yes. Here we all are staring at our walls and noticing where the place needs repainting. But I’ve been busting my ass, not to put too fine a point on it.