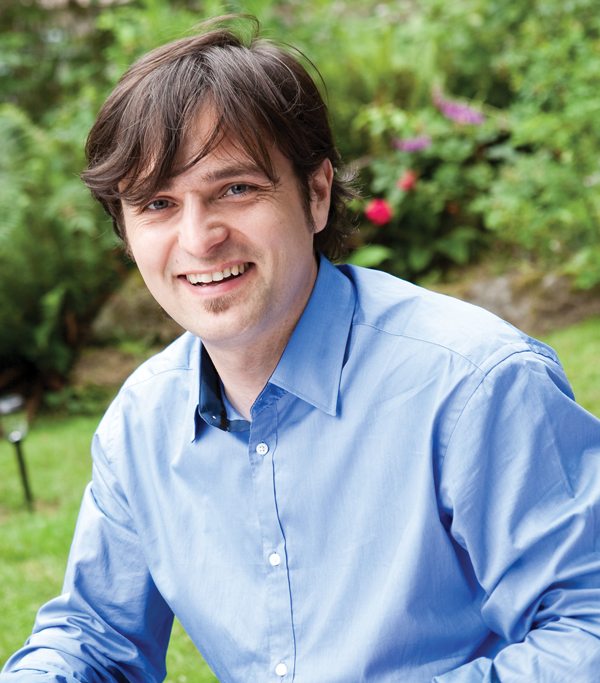 Anyone who has ever wondered about the historical origins of the word “eh,” or why Canadians call a couch a “chesterfield,” will want to explore the new edition of a forgotten volume of Canadiana.

Stefan Dollinger, a lexicographer based at the University of British Columbia, and Margery Fee, a UBC professor, spent the past 11 years updating and revising A Dictionary of Canadianisms on Historical Principles, a historical dictionary focused on words specific to Canadian English, first published in 1967. The new edition, referred to as the DCHP-2, was released earlier this year, exclusively as an open-source website.

A historical dictionary gives not only spellings and definitions, but also offers the origin of words by citing the earliest instances of their use. It also shows how a word’s usage changes over time. (The DCHP’s entry for “eh” runs nearly 5,000 words.) The Canadian-ness of many of the terms found in the DCHP-2 – such as “double-double,” credited to Tim Hortons, and “hoser,” thought to be invented in 1981 by Dave Thomas and Rick Moranis for their characters Bob and Doug McKenzie on the television show SCTV – will come as no surprise. Others – including “parkade,” popularized by the Hudson’s Bay Company and used predominantly in Alberta, and “garburator,” a word of U.S. origin now used almost exclusively in Canada – might be news to some readers.

The origins of the Dictionary of Canadianisms date back to the 1940s, when Charles Lovell, a U.S. lexicographer, noticed a significant amount of Canadian material being used as evidence in a book on Americanisms he was researching for the University of Chicago Press. In 1958, Canadian educational publisher W.J. Gage employed Lovell to produce a similar dictionary of Canadianisms, combining his work with that of several other scholars. When Lovell died unexpectedly in 1960, he had already gathered nearly half the words that would make up the dictionary. Gage purchased his research and Lovell’s colleagues completed the work, supported financially and through the goodwill of several groups, including the Canada Council for the Arts, Royal Military College, and the University of Victoria, which eventually housed the publication’s offices and archives.

The dictionary’s publication originally was planned for 1970, but a push was made to move the date up to coincide with Canada’s centennial. The hardcover volume contained more than 900 pages and was housed in a slipcase. It retailed for $25 – the equivalent of about $180 in 2017. Despite its high price, the book sold well for many years and was critically acclaimed – though ignored by academics. Public interest waned over time, however, and a planned update never materialized.

In 2005, while attending a conference at the University of Toronto on the study of Canadian English, Dollinger participated in a panel that explored the question of whether it was time for a new edition of the dictionary. Dollinger, who was still working on the final stages of his PhD, eventually was asked to spearhead the project. “I was a newcomer, and I was scared, but I was always told, when someone offers you a job you say yes,” Dollinger says. His work was funded initially by Thomson Nelson (which absorbed Gage in 2003), with additional support coming from a variety of sources, including the federal Social Sciences and Humanities Research Council, the University of Vienna, and the University of British Columbia, which is listed as the publisher of the new edition, though the site is being hosted independently.

Dollinger says “very early on someone floated the idea of a paper dictionary, but I soon realized, no, it’s got to be an online dictionary, because we have so much material and there’s detail you can’t have in the paper dictionary.” (Unlike the original edition, the DCHP-2 contains numerous charts, photos, and videos.) In total, 1,002 new headwords were added to the original 9,900, and 1,348 new meanings on top of the DCHP-1’s 13,400. “We have fewer new meanings in this edition,” says Dollinger, “but they’re 10 times as long as the ones in the first.” There is also a section disproving the Canadian-ness of more than 100 words often thought to have originated in the country, such as “candy floss,” deemed of South African origin.

Dollinger is uncertain what the future holds for the dictionary. He admits he is disappointed by the site’s traffic to date (about 40 unique users a day, on average) but says he’s surprised by the number of people who have asked about a print edition, and is considering a crowdfunding campaign to produce one. He hopes to finalize a deal by the end of the year to license and Canadianize a standard dictionary with work from the DCHP-2, to potentially serve as a replacement for the bestselling Canadian Oxford Dictionary. (Oxford, which closed its Canadian offices in 2008, and says it has no  plans to revise that book in print.) Dollinger has no interest in producing a third edition of the DCHP himself, but would like to see someone come forward, as he did, to continue the work – ideally before 2067.

Tags: A Dictionary of Canadianisms on Historical Principles, Canadiana, dictionaries