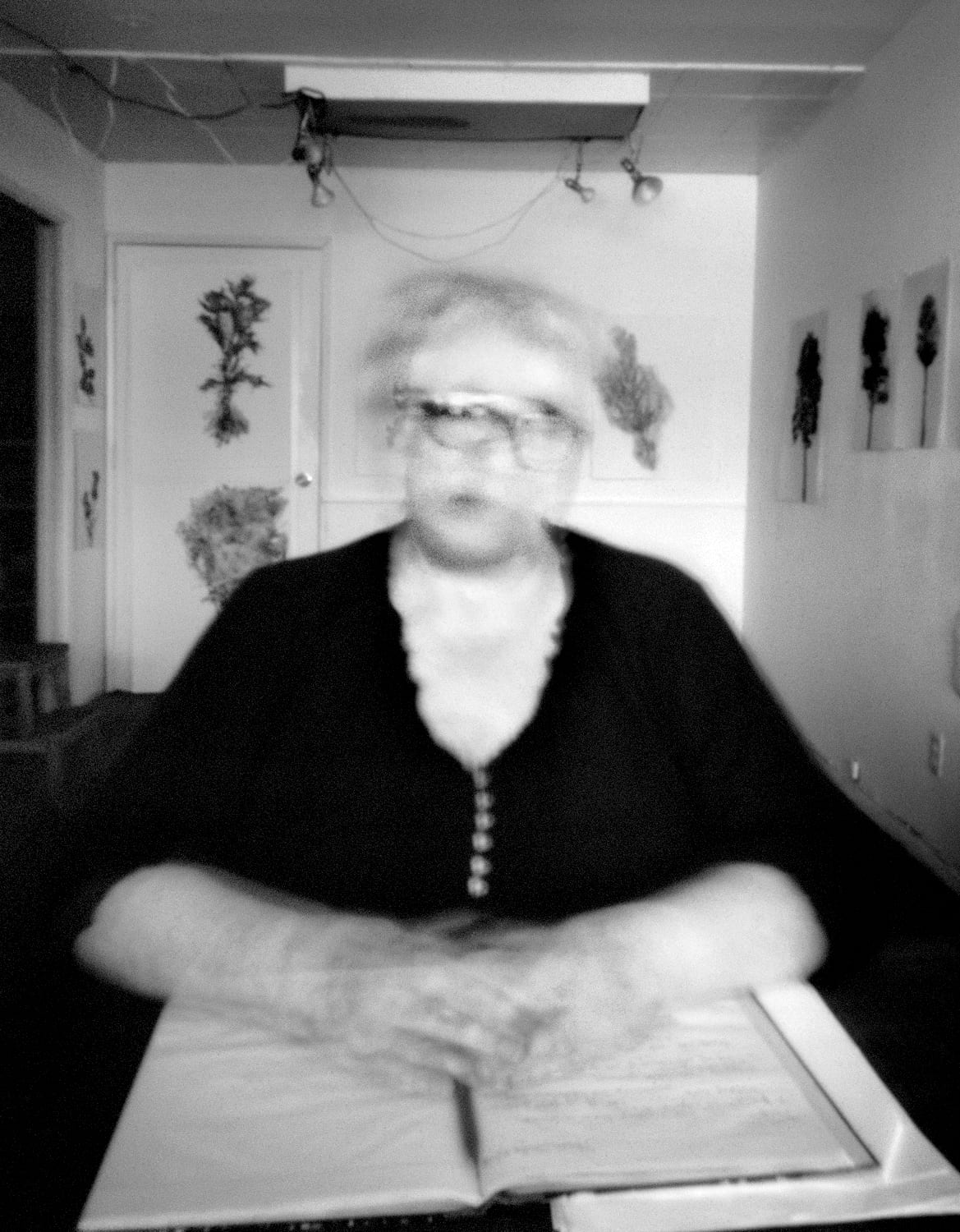 Terra Poirier planned to shoot a portrait series using a pinhole camera for her final undergraduate project at Emily Carr University of Art & Design. She selected contract employees from the school and, by playing with the photos’ exposure, blurred her subjects’ movements. The resulting images represent the constant motion and energy required by these contract employees to sustain a living.

But Poirier realized that photos alone could not capture the personal and professional toll of precarious academic contract work, which according to a study released in September by the Canadian Association of University Teachers, increased by 79 per cent from 2005 to 2015. The study is an eye-opening look at how gig employment affects the mental, creative, and financial health of instructors, as well as the quality of education they are providing under those conditions.

Only six subjects agreed to provide their names for the project, which Poirier blames on the chilling effect associated with contract work. The anonymity did, however, allow subjects to talk openly about their desperation and stress. One respondent works three jobs to pay the bills; another can’t get time off for their own academic projects. “All these instructors I spoke with were having a hard time maintaining their practices,” she says. “It’s very hard to work on your PhD or on a big show that would advance your career if you’re scrambling all the time.”

Although Poirier’s project focuses specifically on arts instructors at Emily Carr, Q&Q interviewed several professional writers who are sessional employees in creative-writing and English departments at schools across Canada. They all wish to remain anonymous to protect their jobs, but their stories are consistent.

On paper, an instructor may be paid for 12 hours a week, but according to those who spoke to Q&Q, many are dedicating at least 30 hours to class prep, marking, and student support. According to one part-time college instructor, who is also an award-winning poet: “You are essentially putting in work for free to limit your time to write. This is not a bargain a writer should make.”

The concerns Q&Q heard are also backed up by the CAUT study. More than 2,600 short-term staff from across the country responded to the survey, 21 per cent of whom teach in the humanities, the highest discipline represented.

CAUT’s survey results paint a grim portrait. Fifty-three per cent of those who responded want a tenure-track or full-time position, but 55 per cent estimate the hope of that happening over the next two years as “not likely at all.” Close to half (48 per cent) have at least one other income source apart from teaching. The precariousness of contract employment affects work-life balance and major decisions such as buying a house or having children. Two-thirds say their mental health is negatively affected. The situation is even worse for women and racialized contract staff, who work more hours per course than their white male counterparts and are more likely to be in low-income households.

Sarika Bose is a sessional lecturer at the University of British Columbia’s department of English language and literatures. She is also chair of CAUT’s contract academic staff committee and says that the results are in line with private conversations she’s had, as is the silence. “If you speak in any way about it with anybody, your job is in danger,” Bose says. “So with precarity comes a lot of fear, and the shutting down [of] academic freedom.”

Over the last 25 years, universities have been increasing their use of cheaper contract workers. For the cost of a retiring tenured professor, you can hire two or three part-timers. Under this model, students are customers and teachers are employees. “We’re not thinking of student needs or the needs of the research world or, indeed, the whole value of a university,” says Bose.

Teachers’ side hustles also affect their students. “If you’re needing ongoing mentorship or feedback, by and large it’s not available because over half your instructors are on to the next contract,” Poirier says. One instructor told Q&Q: “Put a writer – likely a sensitive person – in a situation where students are struggling, and that writer will likely put in more time to support students. But that writer will eventually be incentivized to create strict boundaries around their time.”

When instructors do find time to work closely with their students, they may be hard-pressed to secure a decent space to have a meaningful discussion. According to the survey, only 23 per cent of respondents have access to a private office. Until earlier this year, 80 sessional teachers at Emily Carr shared an open basement space, their belongings stored in cardboard banker boxes.

All that time spent hopping from gig to gig also limits the time contract academics can dedicate to the very research for which many of them were hired in the first place. “You have a large community of people in Canada who have done many years of very specialized research, which simply disappears if people don’t have the opportunity either to share in the classroom or to publish it,” says Bose, who hopes that the growing awareness around these issues will inspire a willingness for institutions to re-examine the ways precarious employment patterns have become normalized.

Poirier is targeting another group. She wants to ignite conversations and solidarity among students and faculty. “Tenured instructors are in the best position to advocate for change, and students are also in a really good position,” she says. “If you are an artist, you need to be aware of the conditions of your art practice and that includes the labour that goes into it.”