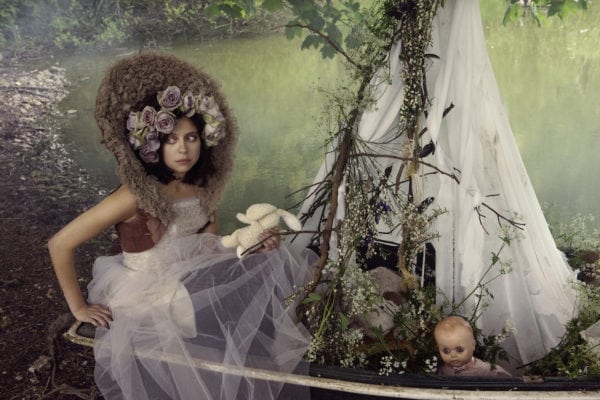 Bel Powley in “Past the Lilacs, in the Clearing, Meet Me When it’s Dark” (Caitlin Cronenberg)

The cast is incredible: Julianne Moore, Keira Knightley, Patricia Clarkson, and Jennifer Jason Leigh are among the 28 models photographed for shoots that lasted up to 18 hours. The environments were uniquely intimate: once the concept was established and the set was styled and lit, the crew was dismissed, and the subject improvised her character as she interacted with the environment.

The resulting photography contains a cinematic quality, Cronenberg explains, an approach she shares with her father, filmmaker David Cronenberg. “It’s like you’re acting out a scene except you’re shooting stills instead of recording it,” she says. “The photographs are not posed and sometimes they’re not in focus. It’s a very specific aesthetic.” 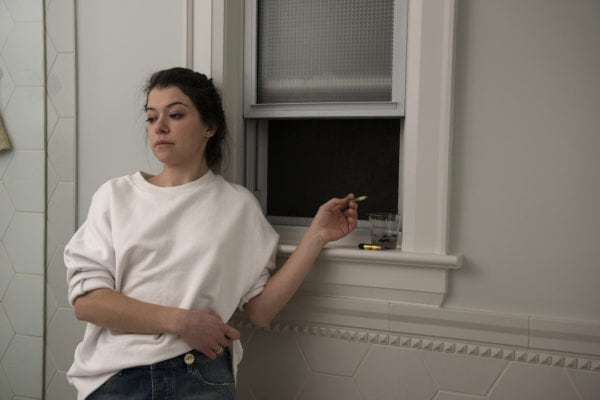 Tatiana Maslany in “Tell Me To Go” (Caitlin Cronenberg)

More than half the stories were shot before Cronenberg, a Toronto-based photographer whose work has appeared in Elle, W, and Vogue Italia, wrote an essay and published excerpts from the project in the New York Times, stirring interest from publishers. Cronenberg and Ennis, a set stylist for Vogue, Vanity Fair, and American Horror Story, had a shortlist of publishers they envisioned for the work. Their meeting with Chronicle editor Caitlin Kirkpatrick convinced them that the independent publisher was the one.

“Caitlin really connected with the material,” Cronenberg says. “We went to see her in San Francisco and wound up hanging out with her like friends all day. We definitely needed someone who understood content in the same way we did and wasn’t going to change the direction.

“Like Carmen Ejogo cutting up a pig’s heart. It just didn’t phase her. She was like, you know what? Into it. Great. Bring it on. That was really great and she was so open to all of it.” 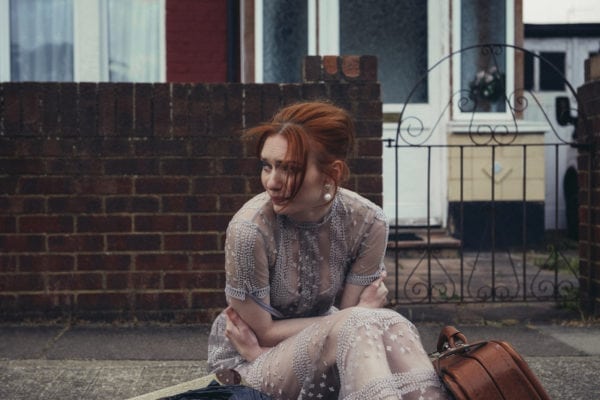 Not only did the detail in the portraits resonate with Kirkpatrick, but she sensed an opportunity to speak to multiple audiences. “Not just to fans of art and photography but to those with an interest in fashion, film, and women’s stories in general,” she says. “Anyone who has experienced the heartbreak and powerful emotions that these stories depict – so, all of us – will find images that resonate in this book.”

It wasn’t unusual to end a shoot with 2,000 shots, which meant editing the book down from over 50,000 photographs. Cronenberg and Ennis envisioned 20 stills for each photo essay. Then Kirkpatrick suggested four to six.

“We were like, you’re crazy!” Cronenberg says. “But we realized that we could really tell the story in a meaningful way if we picked the right beats.”

With the viewer now required to fill in the blanks in the story, they found their audience became more engaged. “We don’t get bored looking at 20 image stories,” Cronenberg says. “But it gives more to a viewer when they see the shorter stories. They have more of an emotional reaction and they’re more excited to discuss it and ask us questions. It gives them more to think about and we liked that.”

“We liked the idea of putting them in the back,” Cronenberg says. “We didn’t want the audience to know what we were getting at before they looked at the photos themselves.” 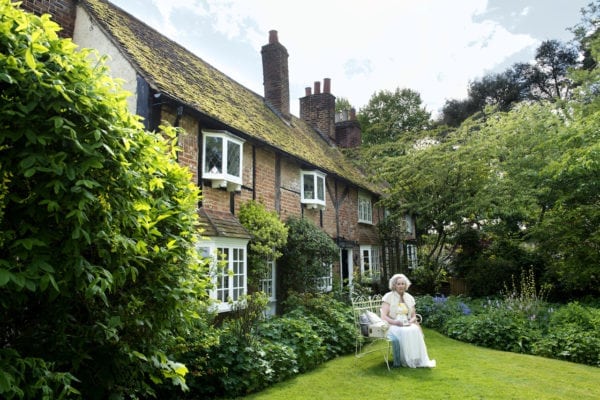 Gemma Jones in “He’s Due Home By Supper” (Caitlin Cronenberg)

Other narrative elements are embedded into the design: the slender fonts and ample whitespace properly frame the women’s voices. “You want it to feel feminine without it being hot pink,” Ennis says. “It’s delicate yet it still feels modern and compliments the work.”

Kirkpatrick adds, “The elegant touches – like copper-foil accents – reflect what I see as a through-line in all of the stories: that there is a beauty and power in being vulnerable and facing emotional depths head-on.”