Lately, I’ve come to the realization that my writing doesn’t matter. I suppose this isn’t a question, just an observation. 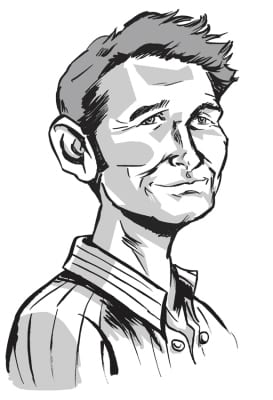 Since you’re not asking me a question, I’ll ask you one – your writing doesn’t matter to whom? Yourself?

If that’s the case, I suggest you find a better use of your time. Why would anyone choose to spend hours and hours doing something that doesn’t matter to them?

Besides, no one wants to read the work of a writer who doesn’t feel their writing is worth it. I’d sooner stick Laurentian pencil crayons in my eyeballs.

What is your concern is to keep producing work that you feel is important, meaningful, and true. I get that it’s not always the most rewarding endeavour but do you know how lucky you are to be a writer? There are countless people out there who want nothing more than to express themselves, but don’t have the talent to turn that desire into language.

One other thing: I’ve read writers who have had a profound impact on the way I interpret life. But I haven’t let most of those writers know that.

True, some of them are dead, so unless you’re willing to hold a séance, you’ll never get the message across. But my point is that there could be countless readers who have been affected by your work. They just haven’t told you that.

So hang on to that belief. Because that’s something that does matter.

Readers: take two minutes and drop a writer a line if their work has meant something to you. I promise your words will mean just as much to the writer as their words mean to you.