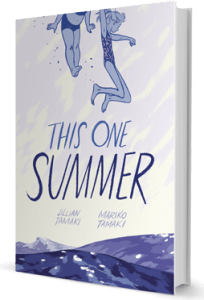 The 2014 graphic novel This One Summer by the Canadian team of Mariko Tamaki and Jillian Tamaki has been listed as one of the Most Challenged Books by the American Library Association for the second time. The coming-of-age story co-created by the cousins is about summer-vacation friends who find their beachfront adventures evolving as they befriend some older teens and grapple with family dysfunction.

This One Summer, which is published in Canada by Groundwood Books, was listed as the seventh most-challenged book, as determined by media stories tracked by the Office for Intellectual Freedom and incidences of books being challenged reported voluntarily to the OIF. The book was banned and challenged for “profanity, sexual references, and certain illustrations.”

Mariko and Jillian Tamaki won multiple awards for This One Summer when it was published in 2014, including the Caldecott Medal, the Printz, and the Governor General’s Literary Award for Children’s Illustration. It was previously listed by the ALA as the most challenged book of 2016, when it was pulled from the shelves of a library in Henning, Minnesota, and three libraries in Florida “because it includes LGBT characters, drug use and profanity, and it was considered sexually explicit with mature themes.” 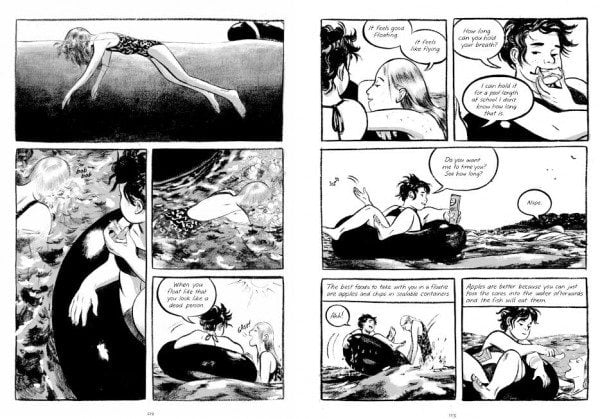 This One Summer by Jillian Tamaki and Mariko Tamaki (Groundwood Books)

The most challenged book on the 2018 list is Alex Gino’s George, a 2015 children’s novel about a young trans girl. Other titles include Angie Thomas’s YA novel The Hate U Give, Jay Asher’s 13 Reasons Why, and Sherman Alexie’s The Absolutely True Diary of a Part-Time Indian. The 2017 list included Toronto writer Cory Silverberg and illustrator Fiona Smyth’s Sex is a Funny Word.

Speaking to the School Library Journal about the initial challenges in Florida in 2016, Mariko Tamaki said, “This One Summer is listed as being for readers ranging 12–18. It contains depictions of young people talking about, and dealing with, adult things. I think there are a lot of books, including a lot of great graphic novels, that should be made available to teen readers.”