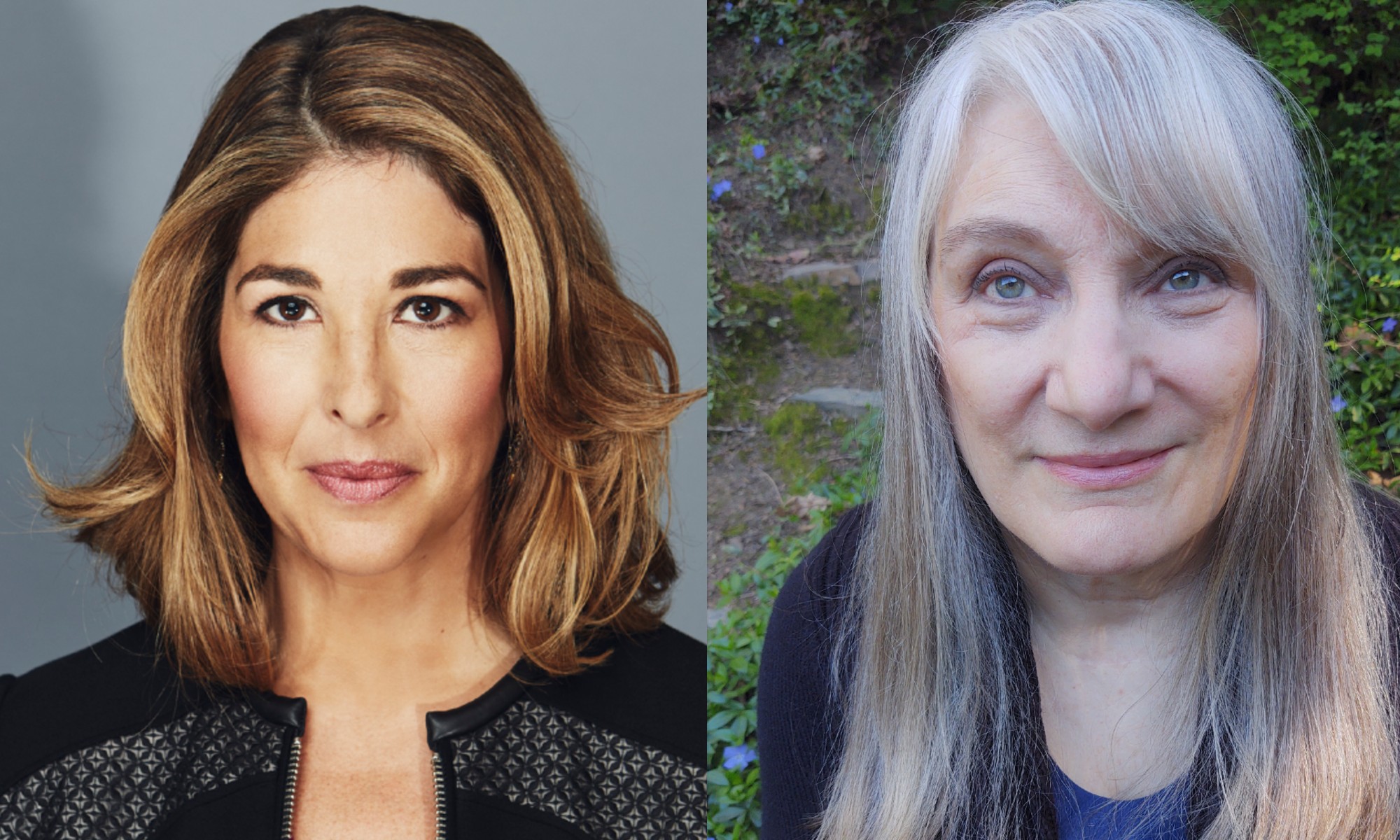 Since her days as a columnist for The Globe and Mail, Naomi Klein has written eight New York Times bestselling books and co-authored Canada’s Leap Manifesto, a blueprint for transitioning off fossil fuels. For How to Change Everything: The Young Human’s Guide to Protecting the Planet and Each Other (Puffin Canada), her first book for young readers, she teamed up with Rebecca Stefoff, the author of more than 200 nonfiction books, including a young readers edition of Charles Darwin’s On the Origin of Species. Klein and Stefoff spoke with Q&Q about the project. 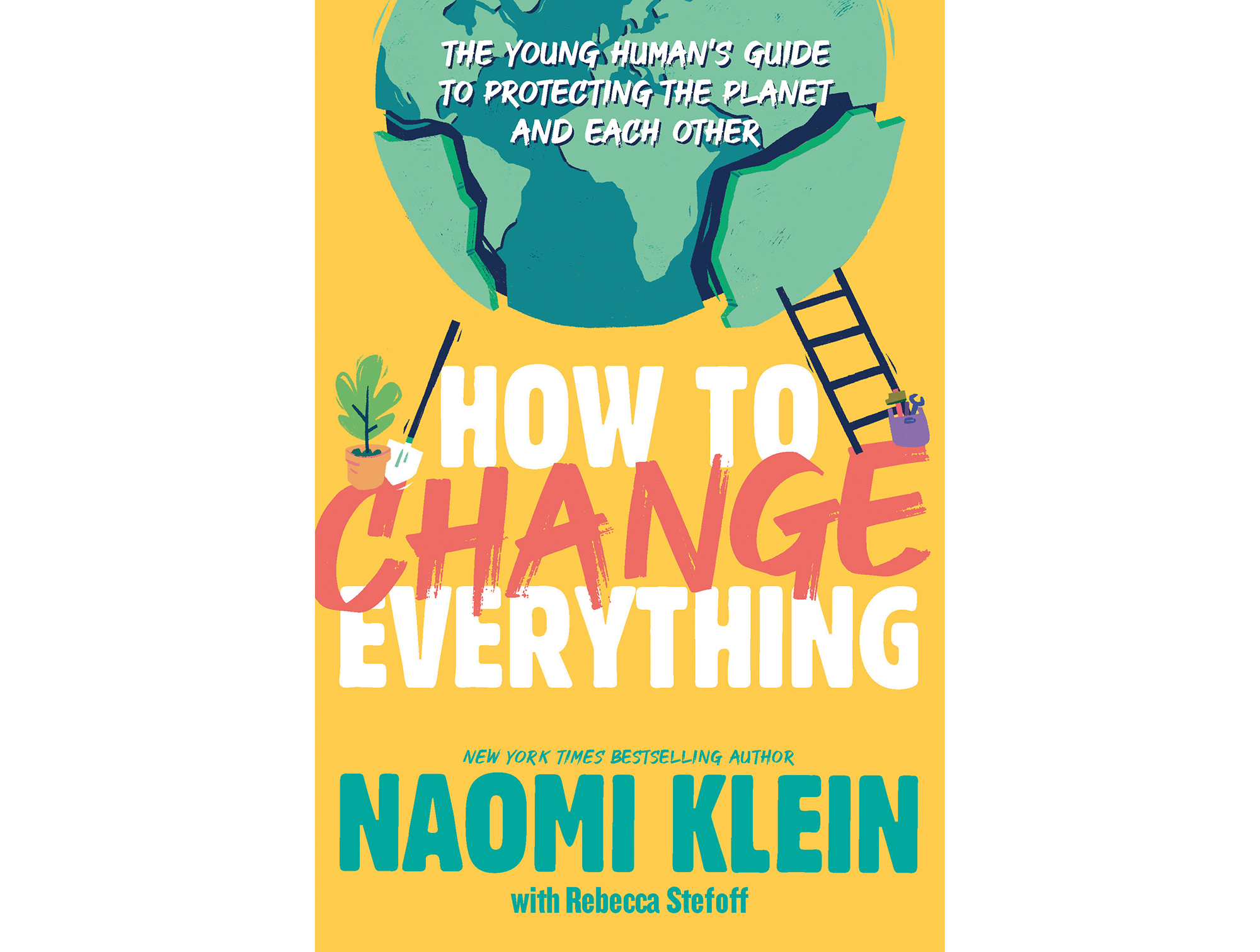 How to Change Everything connects the dots between racial, economic, and climate injustice. Why did you decide to tell the bigger story?
Naomi Klein: It was really important for us to talk about the systems that created this crisis, the systems of thought, and the political and economic system because often the story young people get told is a really disempowering one. It has to do with human nature: we think short term, so we went and spoiled the planet. That may seem like a safer story to tell young people, but it’s actually really disempowering because if it’s human nature, well, we’re stuck with it. But if it’s actually these systems that some people wanted and other people resisted, then we could have a different system.

Also, Gen Z has had it. The young people who are going to climate marches are the same young people who are going to Black Lives Matter marches. They care about all of it. We felt being honest and putting forward a holistic analysis and connecting the dots in an intersectional way would actually be more liberating than this idea that environmentalism is in one box, fighting racism is in another box, fighting for gender justice is in another box.

Rebecca Stefoff: That was one of the most exciting parts of Naomi’s approach to this. And I also felt that it’s not going to be possible to truly fix any one thing without fixing all the things that it is connected to.

You pose serious questions in the book. How did you balance the call to take ownership with inspiring the reader?

NK: When you have a book about a serious topic or a documentary film about a problem or crisis, the hope part is tacked on at the end. It’s the final chapter. One of the things I really appreciate about the way the book is structured is that the hope is actually at the beginning and it’s in the middle and it’s in the end. So, those challenging questions are there, but then there’s a story about an incredible young person who started a movement in her country. I feel like that makes the hope more credible because this information is frightening. 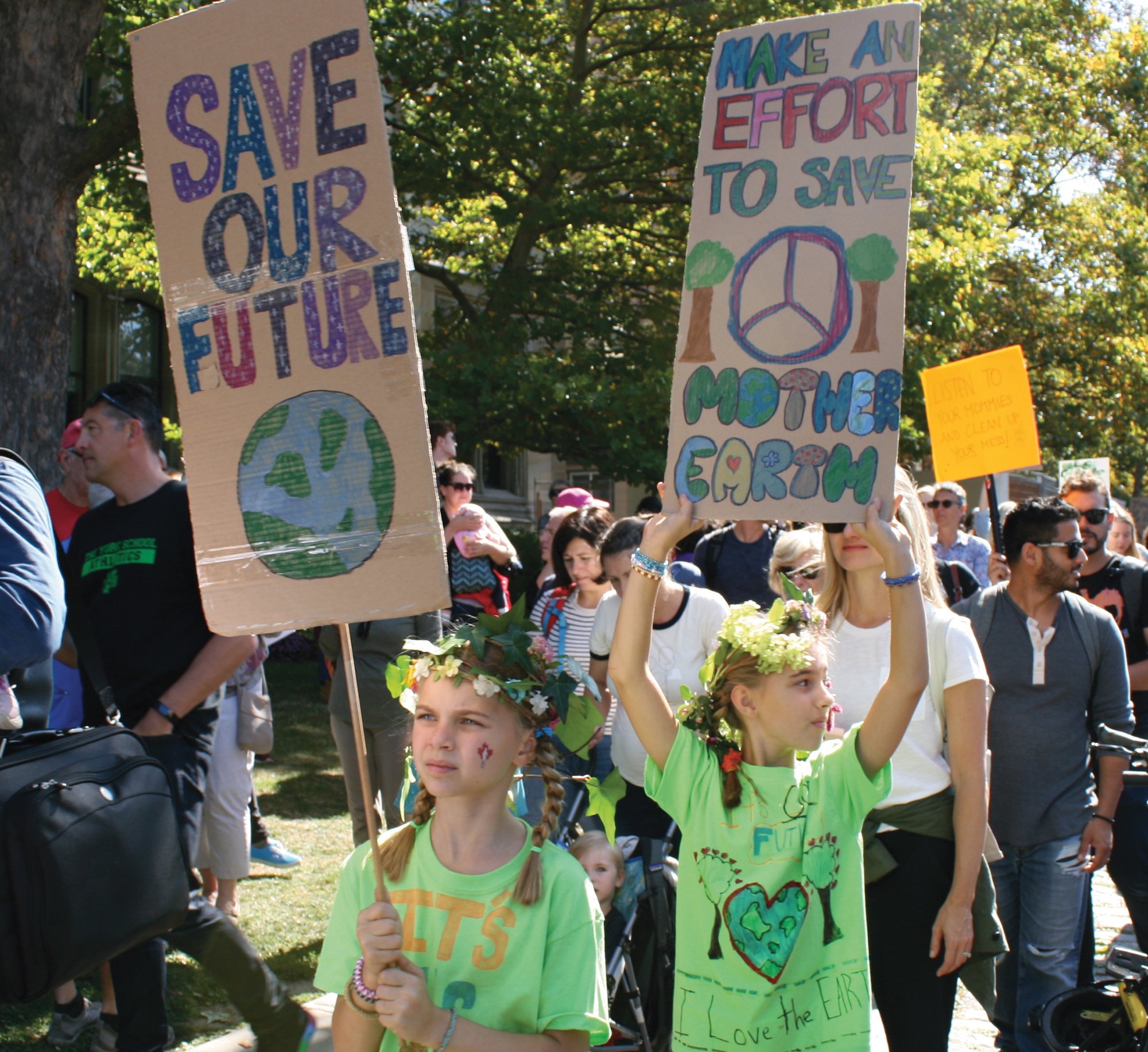 Why did you feel this was the right time to speak directly to the younger generation?

NK: Honestly Greta [Thunberg]’s story. I was very moved by her personal story of learning about climate change when she was 11 years old and being completely devastated by the scientific reality [presented in] documentary films, books, and articles, and then looking around her and just seeing no evidence that anybody was doing anything. It sent her into a terrible state of despair – she stopped eating, she stopped speaking. And I think that’s an extreme case of the way a lot of young people feel. Just utterly stricken by the idea that these wonders of the world that David Attenborough told them about are actually in peril.

Greta tells the story that it wasn’t until she became an activist, until she changed first how she and her family lived, then what her country was talking about, then helped start this global movement of children that she started to feel better. She’s still afraid. But that fear and that anger is balanced by being part of the movement. My feeling is we have failed to protect this generation. And so the duty is on us to empower them. We can tell ourselves a fairy tale about how this is too much to put on them, but we put it on them. I don’t think there’s any question that young people are ready for this; look at their TikToks about white supremacy and capitalism. It’s their teachers and their parents who are afraid, who are still holding on to this idea that they’re somehow protecting them by not giving them the full truth.

RS: The scale of what has to happen for real change [to occur] in the world is pretty big. But we’ve done it before. We have some examples in the book, and the pandemic provided another example.

Speaking of the pandemic, are there any lessons you feel we’ve learned that can be applied to the climate challenges before us?

NK: On the negative side, one of the lessons of the pandemic should be that there can’t be nationalist responses to global crises. And the failure to take a truly internationalist, truly equity-based response to vaccine development and distribution is why British Columbia is now the epicentre of the Brazilian variant and why we don’t have enough vaccines. It should be a lesson on climate that we have to take an internationalist equity-based response in order for any of us to be safe. On a more positive side, I think we’ve all just experienced the fact that we can change how we live.

In the battle against climate change, what milestone do you hope to see young people achieve in your lifetime?
NK: I hope that this is the generation that grows up in the decade of the Green New Deal. I want them to go into a job market that is crowded with [opportunities] that offer them meaningful work in the project of their lives, which is getting off fossil fuels in a way that builds a fairer world.

Top 10: Kids Canadian
May 2 – May 8 Data based on reports from 230 independent Canadian bookstores, as collected by Bookmanager

This story has been updated from the June print issue to reflect current chart stats.