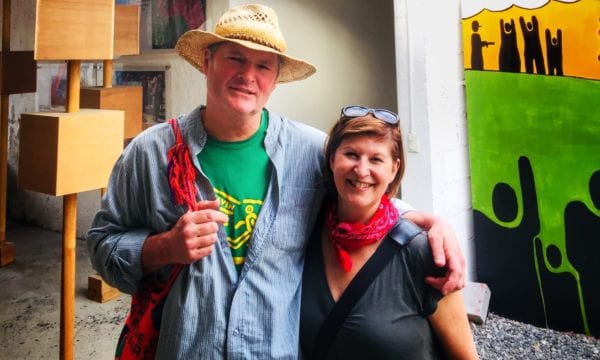 A book about Canadian mining in Guatemala that was dropped by its European publisher over potential legal concerns last year will be published this fall by Between the Lines.

Testimonio: Canadian Mining in the Aftermath of Genocides in Guatemala is described as a collection of essays, news reports, and testimonials about the actions of Canadian mining companies in the Central American country. Edited by University of Northern British Columbia professor Catherine Nolin and Rights Action director Grahame Russell, Testimonio had been slated for publication by Switzerland-based Springer Nature.

In an open letter to Springer Nature last November, Nolin and Russell described how they had entered into a publishing agreement in 2017 and submitted their final manuscript in February 2020.

After positive initial feedback, Nolin and Russell say in their open letter that they didn’t hear from anyone at Springer Nature until July, when the publishing editor told them in an email that the book contained “unsubstantiated defamatory content” and said Springer Nature would be unable to publish it.

Nolin and Russell say the publisher didn’t reply to their emails asking for clarification, although eventually their editor told them that the publisher could be sued for defamation by a third party if the book were to be published.

BTL managing editor Amanda Crocker said in an email that the Toronto-based publisher reached out to Nolin and Russell after reading a news story about their book being dropped. After a conversation with BTL over Zoom, Nolin and Russell decided to submit their manuscript to BTL’s editorial committee, which “felt strongly that the book should be published,” Crocker said.

“It’s concerning when authors do years of research to produce well-documented accounts of the actions of powerful corporations (mining and otherwise) and then have difficulty finding a publisher to make this work available to readers,” Crocker said. “Part of what this book’s editors demonstrate in the book is that violating human rights, using repression, and acting with corruption and impunity is how the Canadian-dominated mining industry has operated in Guatemala. If no publisher will publish the book then this has just compounded the problem of getting at the truth.”

Between the Lines plans to publish the book this October.

Correction, March 1: This story has been updated from the original to correct the name of Springer Nature. The original referred to the publisher as Nature Springer.