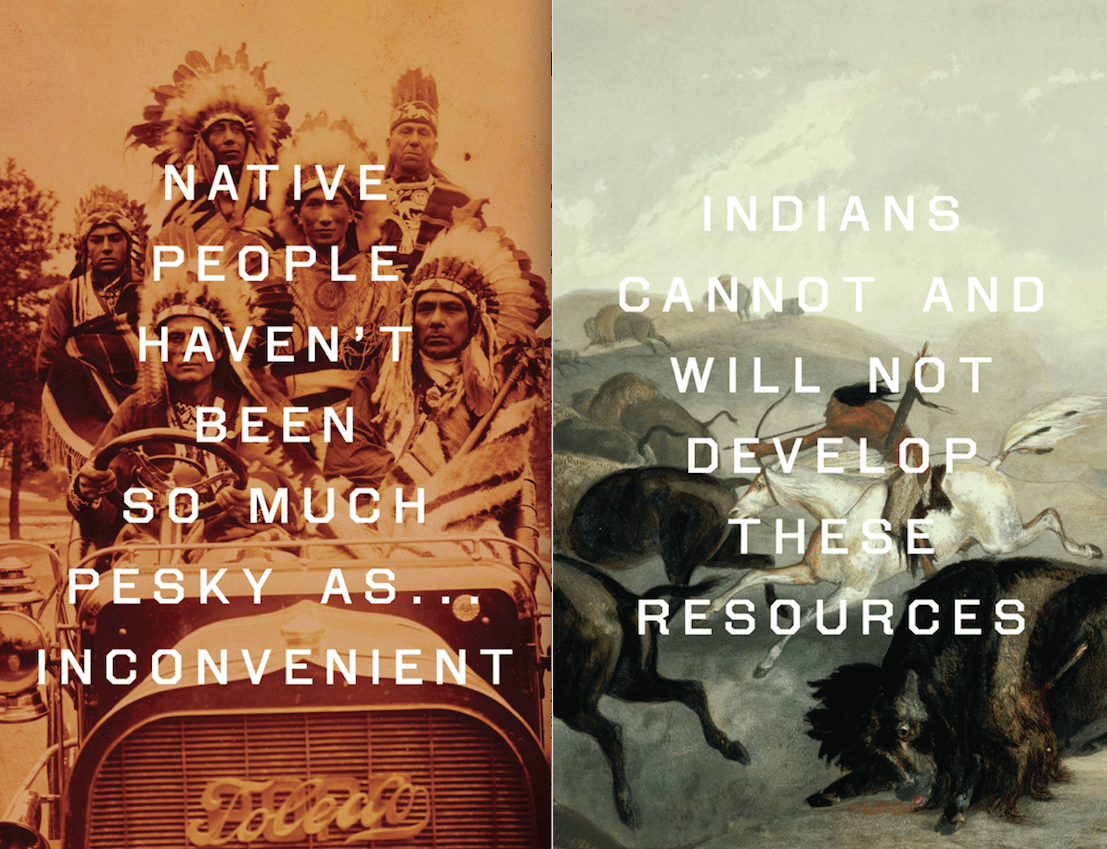 Thomas King’s highly personal The Inconvenient Indian: A Curious Account of Native People in North America was hailed when first published in 2012 for its candid, fierce, and occasionally wry history of the representation of Indigenous people across Canada and the U.S. Now, a new illustrated edition of the award-winning book, published by Doubleday Canada, illuminates King’s powerful text.

In planning the edition’s design, C.S. Richardson, art director at Penguin Random House Canada, wanted to ensure King’s words and ideas would not get buried in imagery. Instead of turning the volume into a coffee-table book, it was decided that a smaller trim size would keep the physical object readable. “The default would be to make the book as big a trim size as humanly possible, to make the images bare their best acreage,” he says. “But at the end of the day, you want people to read the text. The images are a sideline.”

The new edition contains more than 150 photographs, illustrations, advertisements, and documents, many of which were sourced by King’s son, Benjamin, who conducted preliminary image research tied specifically to various aspects of his father’s writing. Richardson looked for places in the text where he could add to Benjamin’s finds, uncovering plenty of material in the U.S. Library of Congress, Library and Archives Canada, and various art galleries. “I tried to find imagery that reflected the tone of Thomas’s writing, and the tone of that reflects this is an ongoing issue that has not been resolved,” he says.

Richardson started to “editorialize a little bit” with the addition of contemporary imagery from the likes of artist Kent Monkman, whose painting The Scream creates a striking front endpaper, setting the tone for the book. Historical materials were easier to source than more recent images from events like the 1990 Oka Crisis land dispute in Quebec, or the occupation of Wounded Knee in 1973. “I was finding images that we’d all seen or had all been reproduced in newspapers of the time,” says Richardson. “It was pretty hard to find originals.”

King, who welcomed the idea of an illustrated edition, remained arms-length throughout the process, approving Richardson’s suggestions for callouts and other display text. “As the process went on, he would chime in with various suggestions and images that might work better, or images that neither Benjamin nor I had found,” says Richardson. “It was as collaborative as it could be.”