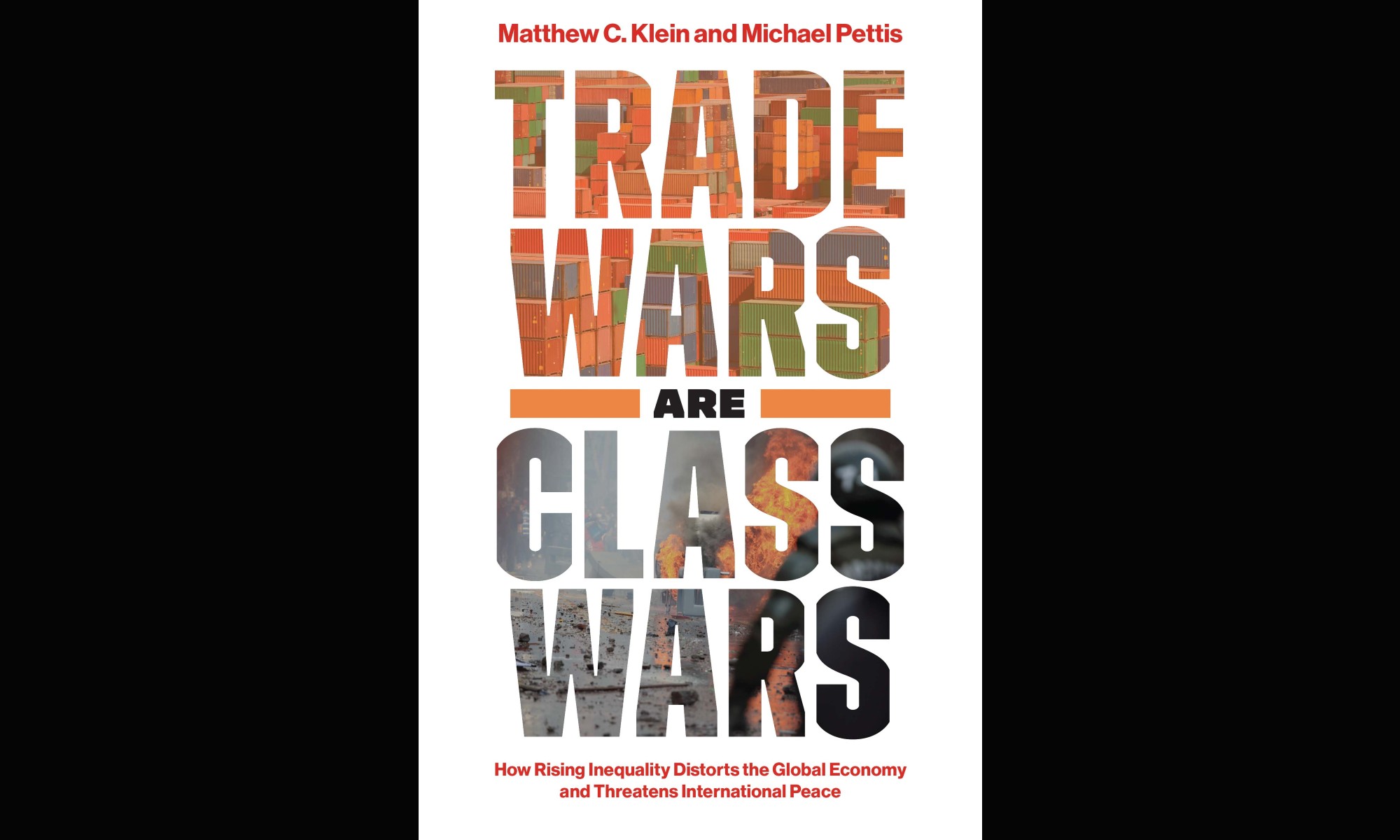 Matthew C. Klein and Michael Pettis have been announced as the winners of the Lionel Gelber Prize for their book Trade Wars are Class Wars: How Rising Inequality Distorts the Global Economy and Threatens International Peace (Yale University Press). The $15,000 prize celebrates English writing on foreign affairs.

The book argues that the relationships between global economies have a direct impact on the stability of nations. “Trade Wars are Class Wars combines political and economic analysis with sharp history to argue that domestic policies that advantage the rich at the expense of workers produce not only strife at home but also deepen international rivalries,” the jury said in a citation when the shortlist was announced last month. “This book speaks powerfully and directly to one of the biggest challenges of our times.”

The Lionel Gelber Prize is administered by the University of Toronto’s Munk School of Global Affairs & Public Policy and Foreign Policy magazine. The winner will be celebrated at a virtual event at 10 a.m. on May 5.