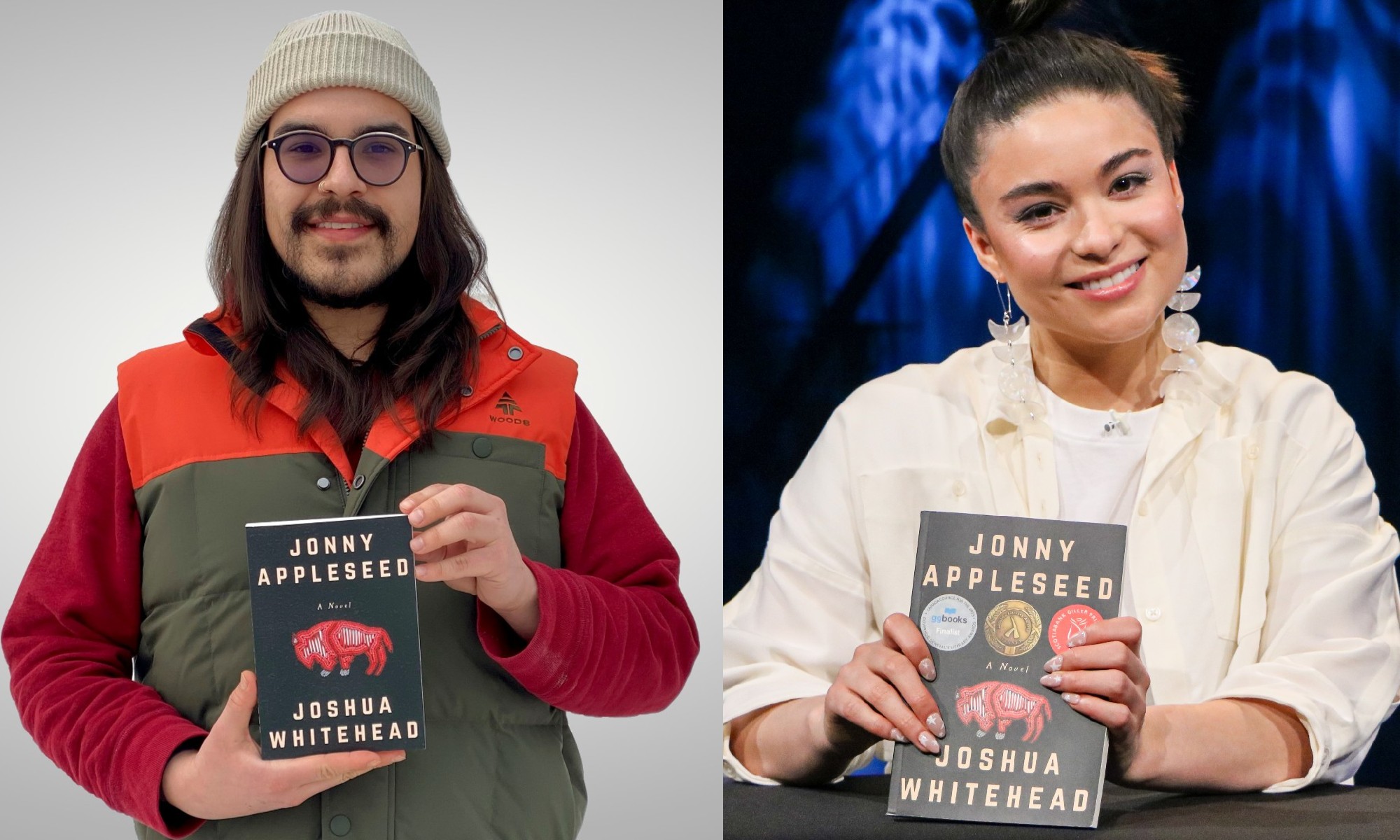 “As soon as Devery started crying and started talking about her queerness and Mohawkness I was like, get the tissues,” Whitehead says by phone from Calgary. “I have been getting phone calls and tags on social media from Indigenous folks and my family and communities from all across Turtle Island. That to me is the highest honour, [to represent] Two-Spirit and Indigenous excellence.”

Jonny Appleseed competed in the top two against Francesca Ekwuyasi’s Butter Honey Pig Bread, another debut novel from Vancouver’s Arsenal Pulp Press. “We are absolutely floored,” says Brian Lam, publisher at Arsenal Pulp. “I’m grateful that these books will shine a light on all indie presses in Canada, and the fact that there are many great authors and books being published by Canadian-owned publishers across the country that are all Canada Reads-worthy.”

The other contenders included Two Trees Make a Forest by Jessica J. Lee (Penguin Books), The Midnight Bargain by C.L. Polk (Erewhon Books), and Hench by Natalie Zina Walschots (HarperCollins). The books are voted out over the course of four days by the five defenders until only one remains. “I kept pretending that it was like watching RuPaul’s Drag Race,” Whitehead says.

Jacobs says she was motivated by the responsibility she felt as a queer Mohawk woman to give her best defence of a queer Cree novel. “If I was defending a piece of work I’d done, I would have been gone on the first day,” she says. Joseph Boyden’s The Orenda was considered the first book by an Indigenous author to win Canada Reads in 2014 but, as Boyden’s claims to Indigenous ancestry are largely disputed, Jacobs says, “this is actually the first Indigenous novel to win Canada Reads.”

Whitehead is currently working on his next book, a non-fiction essay collection about Indigeneity, mental health, and sexuality called Making Love With the Land, to be published by Knopf Canada in spring 2022. He is also on the jury for the Scotiabank Giller Prize. “Canada Reads has been inspiring for me, being on the Giller jury, to bring that level of rigour to what I am reading and the books that ultimately I choose,” he says. “I am going to bring this level of fire! I am a very competitive person. Don’t ever play Monopoly with me.”

Whitehead and Jacobs had a connection that went beyond what we saw on camera. Jacobs says that she toasted Whitehead with a glass of bubbly over FaceTime on Saturday before kicking off the competition.

Whitehead was proud to share a moment of cultural connection with Jacobs when they spoke during the broadcast. “I thought it was so beautiful to end Canada Reads with each of us speaking in our Indigenous languages,” he says. “I don’t know that I have ever seen that on a stage like that, so I was very honoured and happy to see that.”