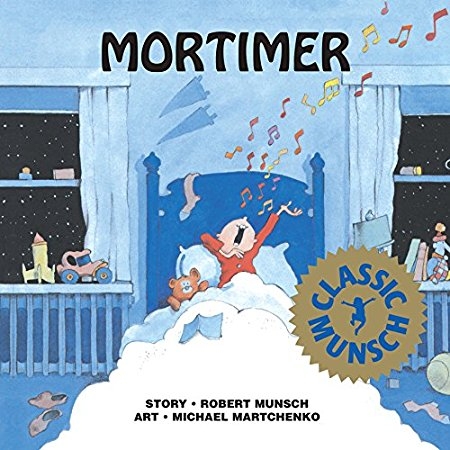 The Canadian Children’s Book Centre has announced this year’s pick for the 20th anniversary of the popular TD Grade One Book Giveaway. In September, every Grade One child in Canada will receive a copy of the Robert Munsch and Michael Martchenko classic Mortimer (Annick Press), about a boy who is not going to go to bed quietly. The book was originally released in 1983 and has sold 1.5 million copies.

For the anniversary, the CCBC wanted to pick a classic that still resonates today. “With so many uncertainties in our current world, one of the few things that we can be sure of is the power of stories to heal, to make us laugh, and to foster a sense of connection with each other,” says executive director Rose Vespa, in a press release. “It is exciting to be able to introduce this Canadian children’s favourite to a whole new generation of young readers who will fall in love with this joyful story.

Thanks to the sponsorship of TD Bank Group, the CCBC will distribute 550,000 books across the country, including braille copies (as part of a partnership with the CNIB Foundation). Students studying in French will receive Le dodo de Mortimer, translated by Christiane Duchesne and published by Éditions Scholastic.

For parents and kids who want a sneak peak, you can listen to a recording of Robert Munsch reading the story here. ““I watched Robert Munsch telling the story, Mortimer, to a class of little kids,” says Martchenko, the book’s illustrator. “When it came time to sing, ‘Mortimer, BE QUIET!’, the kids were so excited they were practically levitating. I knew then that we had a winner and it’s still a winner today.”