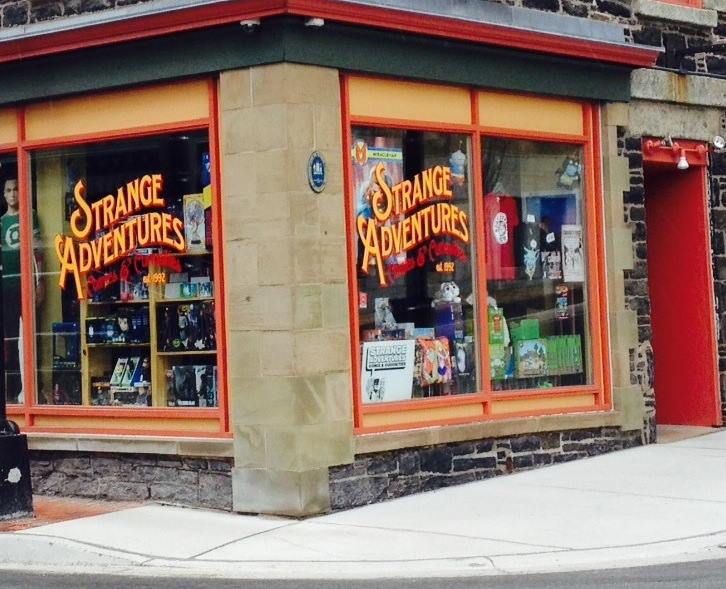 When Diamond Comic Distributors’ founder Steve Geppi announced on Monday that new comics won’t be shipped as of April 1, some regular readers thought it was an early April Fool’s Day joke. “It’s like the stages of grief,” says Calum Johnston, owner of the three Strange Adventures comic shops in Halifax, Dartmouth, and Fredericton. “Denial. Shock and dismay.”

The abrupt announcement from the distributor, which holds a near monopoly over comic distribution especially in North America, has left comic retailers in Canada with pressing questions and no answers. “We don’t know how long this is going to be,” Johnston says. “There are some new comics in the pipeline that will just be sitting in the warehouse for the time being. The next few weeks or few months are up in the air.”

Steve Geppi Addresses Coronavirus’ Effect on Distribution. Product distributed by Diamond and slated for an on-sale date of April 1st or later will not be shipped to retailers until further notice. Details: https://t.co/gATKcrsPxL pic.twitter.com/Y4D2GImPxu

That means readers of Marvel’s Empire saga, which was set to cross multiple titles and pull superstar teams such as the Avengers, Fantastic Four, and X-Men into an intergalactic battle, could be patiently awaiting the next instalment indefinitely. Neither Marvel nor DC Comics have announced how they will respond to the collapse of their distribution channel for print comics.

It is conceivable the titles will still be made available digitally through services such as Marvel Unlimited, which stocks 27,000 titles that are updated weekly. This scenario is the darkest timeline for indie comic stores, which rely on the weekly print business. “Most comic stores are hopeful they won’t,” Johnston says.

The comics-retailer trade organization ComicsPro has been working to get answers. “We are going to be pressing Diamond for some sort of idea of a sense of the timeline on this,” says Jennifer Haines, vice-president of ComicsPro and owner of The Dragon and The Dragon South in Guelph, Ontario, and The Dragon Milton in Milton, Ontario.

Haines has also been pushing them to clarify how they will fill requests from Canadian retailers who were missing stock or received damaged stock in their last order. Haines had ordered a variant cover of Immortal Hulk #33 that did not arrive. Diamond is still filling shorts for its U.S. customers but isn’t shipping shorts to Canada, leaving Canadians to fear they will be out of stock when it comes time to fill their orders.

Before Monday, Diamond had shown a lack of concern about the Coronavirus. There was no email assuring stores they were taking precautions while packing shipments. When Free Comic Book Day was called off for May 2, they announced Free Comic Book “May,” so stores could hold the annual event whenever they saw fit that month.

“We’re not going to be up and running in May,” Haines says. “That’s a really lovely thought. The Centres for Disease Control had declared [in mid-March] that you shouldn’t get together in groups of more than 50 people for 60 days. That would take us into the middle of May. They just really didn’t understand what was going on obviously.”

In the meantime, many comic retailers are urging customers to continue shopping their back catalogues online while ramping up social-media efforts to engage an audience with a whole lot of extra screen time. “This is a pause,” says Peter Birkemoe, owner of Toronto’s The Beguiling Books and Art and Little Island Comics. “The ability of the industry to weather that pause, the extent to which stores have loyal clientele, the extent to which various governments might help out people who are unemployed, all these things factor into how long any given business can survive.”