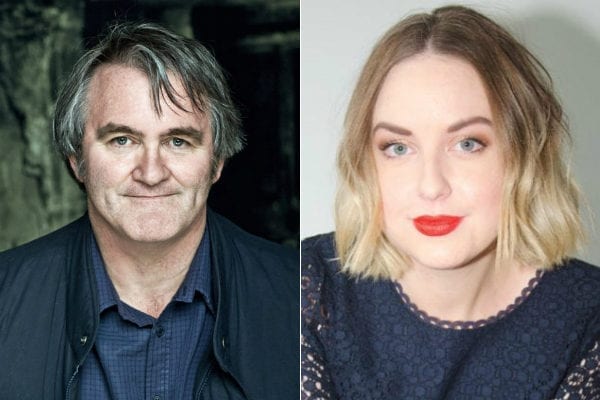 Books by three Canadian authors – Peter Edwards, Anne T. Donahue, and Michael Arntfield – have been optioned by production company New Metric Media. Television adaptations of the non-fiction works will be shopped to networks and streaming services through the Canadian company’s L.A. office, which will launch later this year under the guidance of company president Mark Montefiore.

New Metric Media currently produces Crave TV’s hit series Letterkenny and the FX Canada Montreal-mob crime saga Bad Blood, based on Edwards’s Business or Blood: Mafia Boss Vito Rizzuto’s Last War (Random House Canada). The company announced Monday that it has also acquired Edwards’s books Unrepentant: The Strange and (Sometimes) Terrible Life of Lorne Campbell, Satan’s Choice and Hells Angels Biker; The Bandido Massacre: A True Story of Bikers, Brotherhood, and Betrayal; and the February 2020 release The Wolfpack. The company intends to build connections between the series in what it is referring to as “the Peter Edwards’s universe.”

Donahue will adapt her memoir Nobody Cares (ECW Press) for a television series about coming-of-age in the social-media era. Michael Arntfield, a criminologist and Western University professor, will consult on the adaptation of his true-crime book Monster City, about the serial killers that have preyed on the city of Nashville (Little A). In an interview with Deadline, Montefiore said that his next step is to find creators to partner with on the new properties.

YOU GUYS HAVE MADE ME FEEL LIKE LAURA LINNEY IN LOVE ACTUALLY WHEN SHE HAS TO LEAVE THE ROOM FOR A SECOND TO FREAK OUT ABOUT CARL. only all of you are way better than carl!!! pic.twitter.com/wPpnjgYr5i