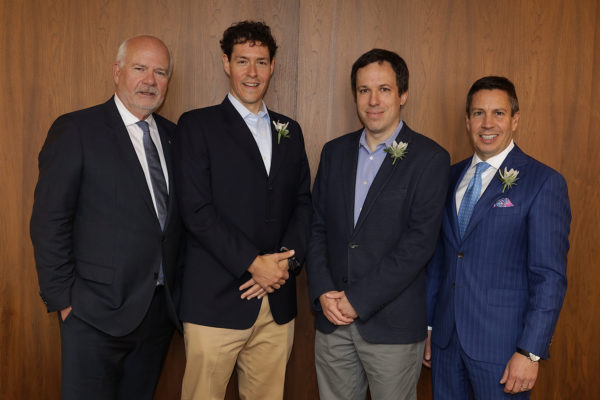 Chris Clearfield and András Tilcsik have won the National Business Book Award for Meltdown: Why Our Systems Fail and What We Can Do About It (Allen Lane). The book uses social-science research and real-life stories to demonstrate how increasingly complex systems have created an environment that encourages human error, as well as strategies to avoid these “meltdowns.”

The jury, chaired by former news anchor Peter Mansbridge, evaluated the four finalists on five criteria: originality, relevance, excellence of writing, thoroughness of research, and depth of analysis. Clearfield and Tilcsik will receive a prize of $30,000.

The winner was announced on June 5 at an award ceremony in Toronto. The other finalists included Howard Green for Railroader: The Unfiltered Genius and Controversy of Four-time CEO Hunter Harrison (Page Two); Phil Lind with Robert Brehl for Right Hand Man: How Phil Lind Guided the Genius of Ted Rogers, Canada’s Foremost Entrepreneur (Barlow Books); and David Shoalts for Hockey Fight in Canada: The Big Media Faceoff over the NHL (Douglas & McIntyre).