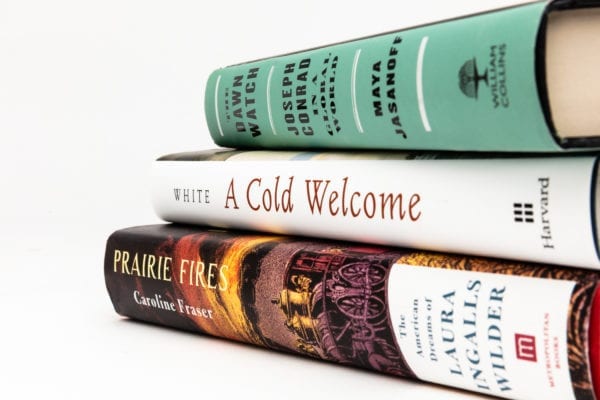 Finalists for the $75,000 (U.S.) Cundill History Prize will be formally announced in Toronto on the evening of Oct. 31.

Three finalists have been announced for McGill University’s Cundill History Prize. Each finalist will receive $10,000 (U.S.), with the winner of the $75,000 (U.S.) prize, the largest prize for English non-fiction, to be announced at a ceremony in Montreal on Nov. 15.

The finalists will be formally announced at an event at Massey College in Toronto this evening. The Cundill History Prize was created by Montreal-born McGill alumnus F. Peter Cundill, an investor and philanthropist who believed historical writing was a powerful tool in informing contemporary discourse.