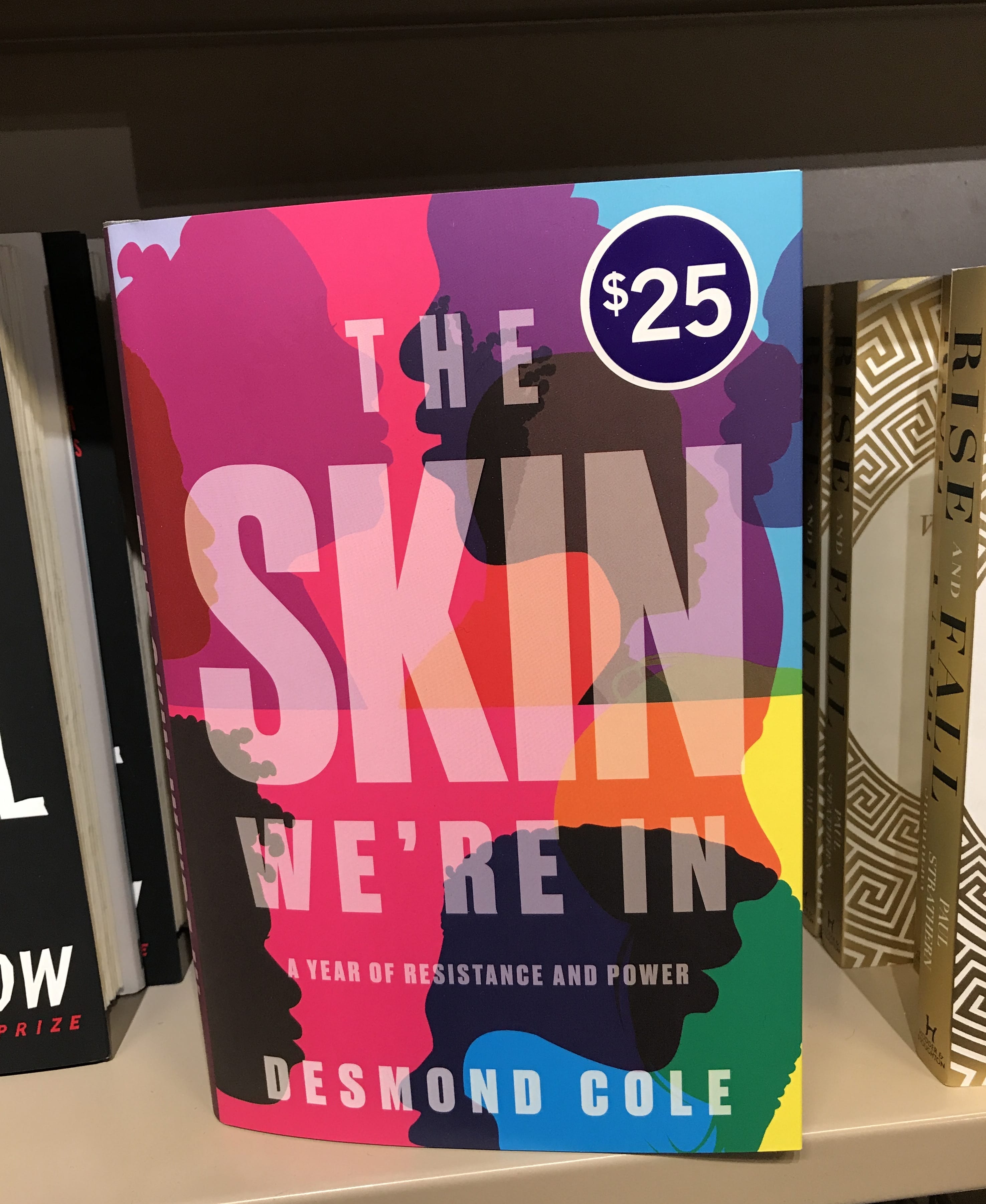 Toronto journalist and activist Desmond Cole’s much-anticipated new book, The Skin We’re In: A Year of Black Resistance and Power, published by Doubleday Canada, is receiving a lot of attention, and not just because of his writing.

The first jacket copies of The Skin We’re In – which Q&Q reviewer Terese Mason Pierre calls “a striking, searing, perspective-shifting book that draws attention to the injustices faced by Black Canadians on a daily basis” – were printed with the word “Black” missing from the book’s subtitle, causing online speculation as to the reason.

Beth Lockley, PRHC vice-president, marketing and communications, confirms that the error occurred as the hardcover jacket was being prepared for the printer, and that the mistake was discovered after advance printer copies of the books had landed.

“At no point was there an alternative subtitle being considered,” wrote Lockley in an email to Q&Q.

The subtitle is correct on advance readers’ copies, the final book’s title page, and on all online marketing materials. Lockley says that the reprinted jackets arrived on Jan. 31, and that all affected retailers have been sent the new jackets. PRHC is also offering to replace jackets for copies already purchased.

an important statement regarding the proper title of my book. I was very dismayed by this error, but I'm glad my publisher is taking full responsibility and correcting it. our blackness needs to be visible https://t.co/C9WkoHcwpw

On Facebook, Cole wrote, “Those of you who pre-ordered the book or bought it almost certainly got the wrong cover. You can imagine how I feel about this. But nothing is gonna stop me from celebrating this achievement and proudly touring with my book. I thank everyone for the tremendous response so far – let’s keep it going!”

Anjula Gogia, events coordinator for Another Story Bookshop – the official bookseller for Cole’s sold-out Toronto launch this evening at the Art Gallery of Ontario – confirms that the store has received its replacement covers. She plans to arrive early at the event to re-jacket 300 copies of the book for the sales table.