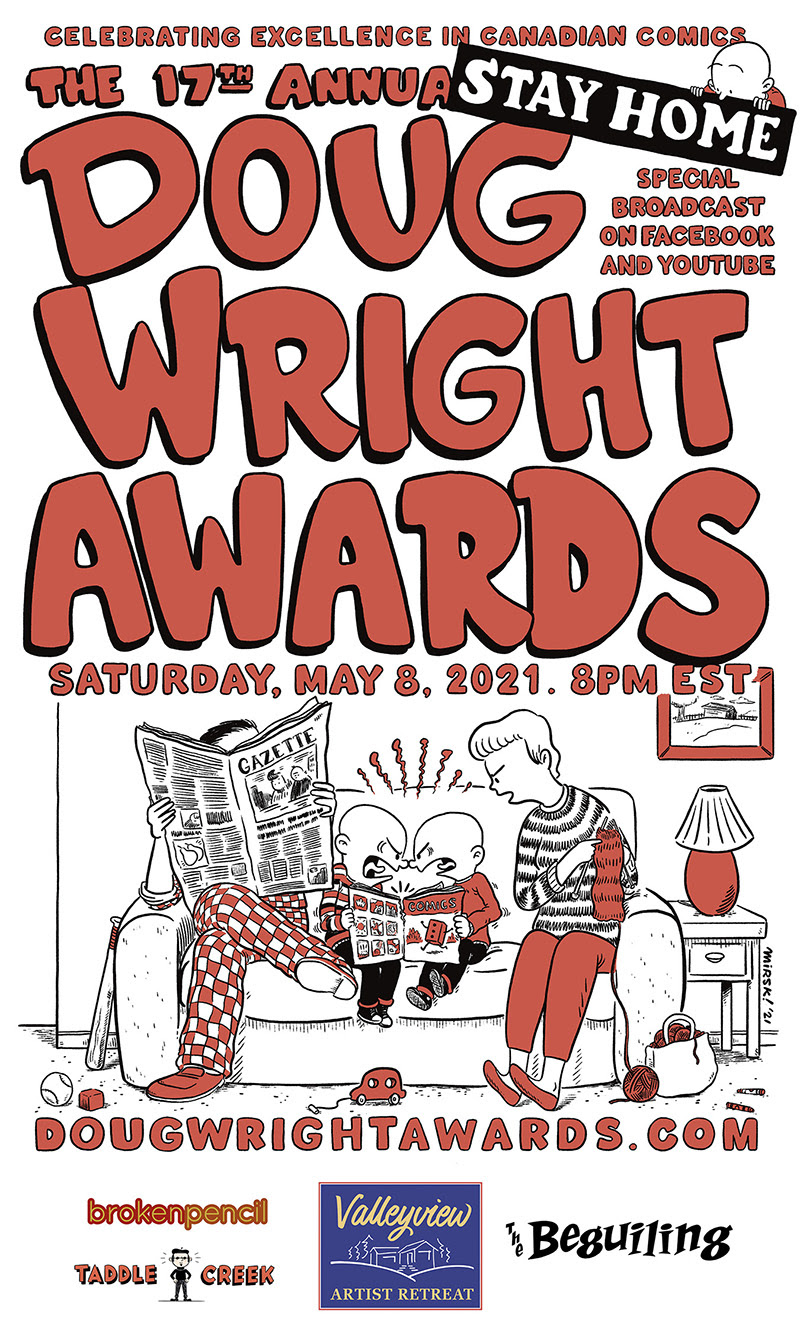 The finalists have been announced for the Doug Wright Awards, honouring the best in Canadian comics. The winners will be announced via a pre-recorded livestream on Facebook and YouTube on May 8. Filmmaker Don McKellar will host.

The winners in each of the four categories will receive a small cash prize, with an additional prize for the winner of The Nipper, who will receive a week-long retreat at the Valleyview Artist Retreat, in Caledon, Ontario. All The Pigskin Peters entrants will receive a one-year subscription to Broken Pencil. Drawn & Quarterly received the most nominations of any press with a total of four.