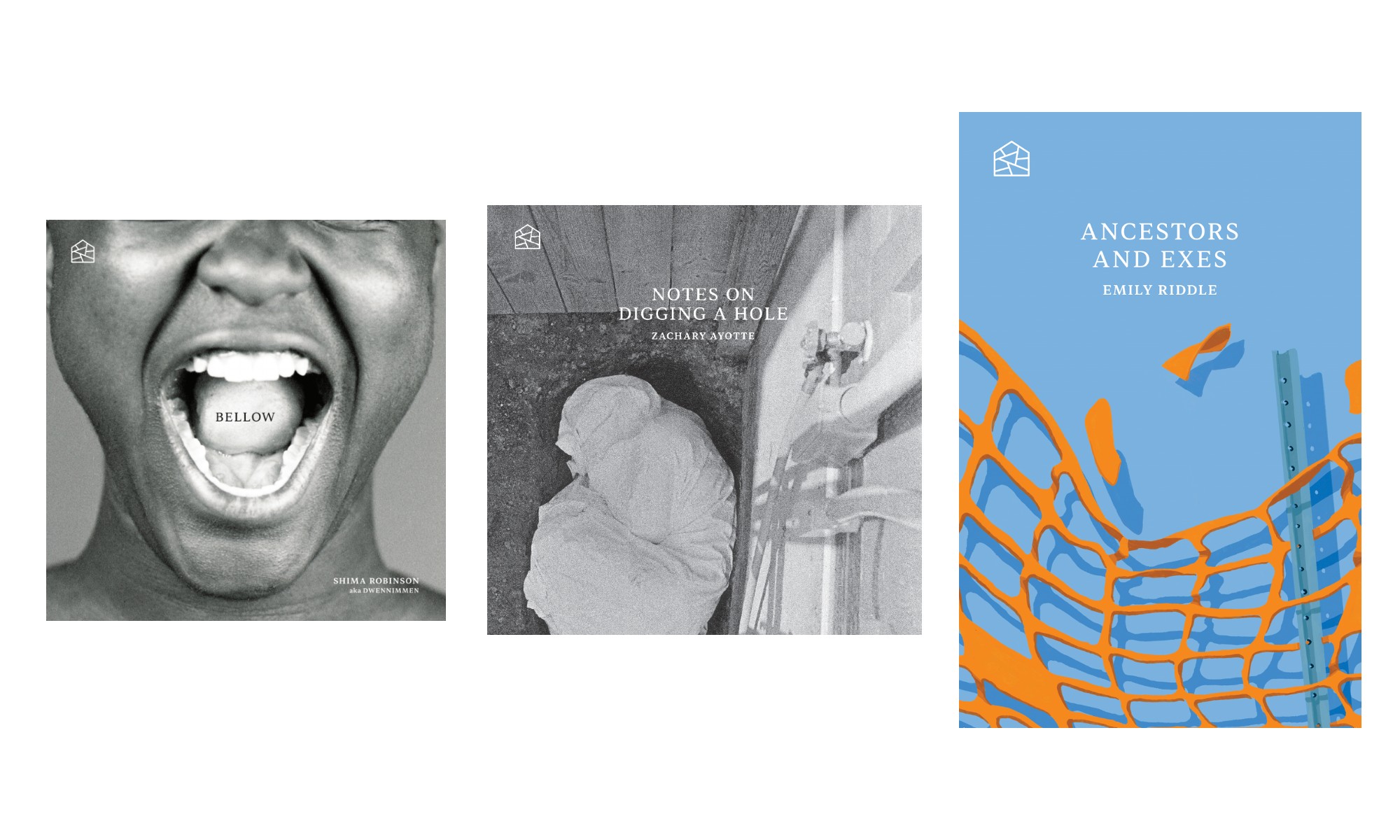 The owners of Edmonton’s Glass Bookshop are taking their mission to support queer and racialized authors directly to the page with the launch of a new small press.

Glass House Press launched their first season this spring with the release of three chapbooks, honouring a form that has been important to the booksellers and now publishers since they first launched their business selling books at events in the city in 2018.

“There is an incredible pool of literary talent here in Edmonton,” Glass House Press co-publisher and co-editor Matthew Stepanic says. “We knew some really great folks who had work that was ready to go that we could publish, and we wanted to make sure that these exciting voices hit the scene and had a press behind them to really push it into people’s hands.”

The press’s first season kicked off on April 22 with the release of three titles by Edmonton writers: Bellow, a poetry collection by Shima Robinson aka Dwennimmen; Notes on Digging a Hole, an essay with photos by Zachary Ayotte; and Ancestors and Exes, which features poems by Emily Riddle.

Glass House Press plans to publish three chapbooks in each of two seasons, spring and fall, and is currently starting to work with writers for their next season’s titles. While opening the press up for submissions from writers across Canada is a long-term goal, Stepanic says the press is building off of their existing network in Edmonton to develop their lists at the moment. The chapbooks are designed by local graphic designer Sergio Serrano.

The books are available for purchase online and in-store at Glass Bookshop, and will also be available at select indie booksellers, including Massy Books in Vancouver and Flying Books in Toronto.

Although Stepanic says he and co-editor and co-publisher Jason Purcell would love to see the press eventually expand to publish longer-form works, the chapbook has been important to Glass Bookshop from the beginning.

“Canada has so many incredible chapbook presses … doing such incredible work and they really aren’t available in a lot of retail spaces in Canada,” Stepanic says. “When we were building the bookshop, the first thing that we wanted to do was to bring these chapbooks to Edmonton.”

The chapbooks have proved popular in store since their release on April 22, and Ancestors and Exes and Bellow have been on the Edmonton bestseller list for the past two weeks.

Glass Bookshop will be celebrating the launch of the first season of Glass House Press with a reading and Q and A with the authors at the store on May 19.

“We feel very fortunate to be able to publish the writers that we have in our first season,” Stepanic says. “I couldn’t imagine a better group to start with.”