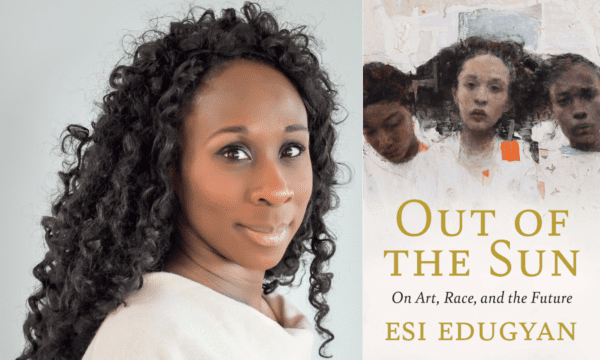 In Out of the Sun: On Art, Race, and the Future, Edugyan will examine how Black histories have been portrayed in art, through the lens of visual art, film, literature, and her own lived experience. The work will examine what happens to constructed histories when the stories at the margins are moved to the centre.

“This year has seen incredible upheaval and unrest, and a widespread conversation about race, which has been long overdue,” Edugyan told the CBC. “This is a book about where we find ourselves in the moment, but it’s also about who we’ve been and hope to be.”

The lecture series will be broadcast this fall on CBC Radio One’s IDEAS and online at CBC Listen. House of Anansi Press will publish the book in September.

Edugyan is an internationally bestselling author and two-time winner of the Scotiabank Giller Prize for her novels Washington Black and Half-Blood Blues.

The CBC Massey Lectures series is a partnership between CBC, House of Anansi, and Massey College at the University of Toronto.