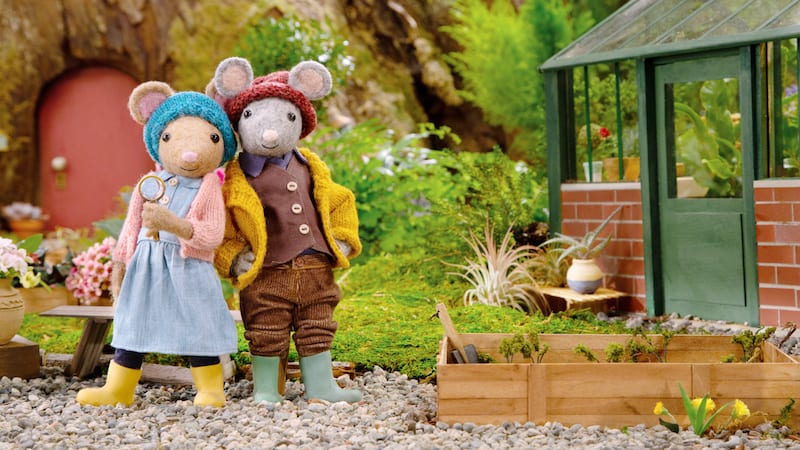 Firefly – which has experienced critical success adapting National Film Board animated shorts into children’s books –  will release multiple Gumboot Kids titles in 2019. The books will feature the show’s mice characters, Scout and Daisy, solving nature mysteries and will be written by Vancouver-based husband-and-wife team Tara Hungerford and Eric Hogan, who created the awarding-winning TV show (which airs on CBC Kids and internationally) as well as two spin-off series.

“The show lends itself really well to storybook format,” says Hogan. “The miniature world of Scout and Daisy looks beautiful put on the page, it invites exploration. A TV show is one thing, it’s engaging, fun to watch. But if it’s in a book and your parents are reading it to you, you get to stare at that image for a long time – for as long as it takes to read the page. So for us, as the creators and production designers, we enjoy the chance to curate and craft and make each image as wonderful as it can be for a child’s eyes.”

Cameron is blown away by how the miniature world looks on the page and has helped Hungerford and Hogan make a standalone product. “I’ve fixed on the notion that you can’t just literally translate something from screen into book,” he says. “My effort in what we’re doing with NFB and now what we’re doing with The Gumboot Kids is to really adapt as opposed to translate, take the best elements of the onscreen version of this story and then make something that works exclusively as a book.”