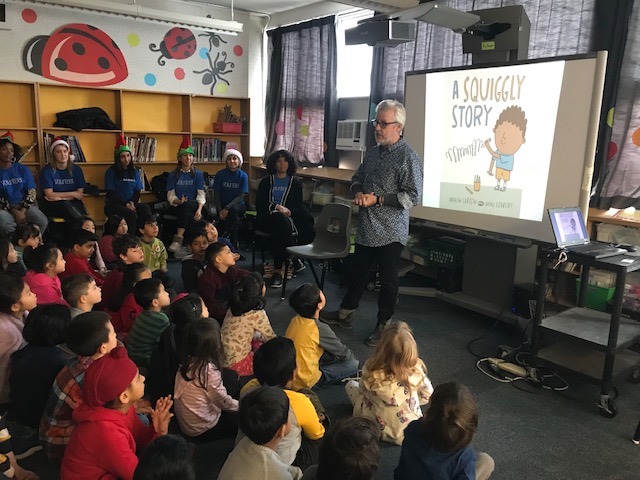 A First Book Canada event that was held in November 2019.

With schools in many provinces closed indefinitely in an effort to contain the spread of COVID-19, First Book Canada has launched a major fundraising drive to buy new books for Canadian children. The children’s literacy advocacy group is seeking donations online to send one million books to children who don’t have home libraries or internet access. According to the organization, close to 25 per cent of Canadian households don’t own a book.

“[School closures have] left kids in need without what may be the only access they have to the internet or to books, making at-home learning close to impossible and leaving them at a significant disadvantage,” executive director Tom Best says. A similar campaign in the U.S. aims to buy seven million books. There are nearly six million children ages 14 and under in Canada.