COVID-19 meant that many authors released their debut books in a bookselling climate that featured few physical storefronts, a media landscape focused on breaking coronavirus updates, and a festival circuit that had migrated online.

In the first instalment in a series, Q&Q spotlights five of the exciting new voices you may have missed.

David Ly, Mythical Man (Palimpest Press, out now)
Mythical Man started as the chapbook Stubble Burn (published by Anstruther Press in 2018), in which I was experimenting with poetry for the first time. I wanted to write in a way I could understand on topics and themes I felt I knew best: my own experiences creating an identity for myself as a gay Asian man. It felt comfortable writing about how I navigate queer spaces as a person of colour with barriers such as sexual racism. It was also a fun way to challenge ideas of male beauty and gay sex, and ways of writing about sex and intimacy.

The collection went in the direction of fantasy-like, magical, and mythical tellings of stories, yet grounded in a very intimate reality of my existence as an Asian man in the queer community. I wanted the poems to capture the feeling that the narrators (or myself) are vulnerable, yet not shy and quiet. I want these poems to be loud in what they’re trying to say, and I want reading them to feel like being stung by hard truths.

The narrative arc of Throw Down Your Shadows pivots around a mysterious fire at a winery. The protagonist is Winnie, a 16-year-old girl whose only friends are three boys. I’ve always thought there should be more stories about friendships between young women and men.

I took special care to weave interesting information about winemaking and tasting into the story. The novel is very much about young desires, appetite, and pleasure, so it seemed fitting to echo those themes by exploring other forms of physical pleasure and stimulation, such as wine.

April Ford, Carousel (Inanna, out now)
Carousel looks at how we are affected by keeping secrets – the urgency we feel about keeping certain facts secret, the damage it can cause our relationships with ourselves and others. It’s also a novel about love, how it grows and changes and doesn’t mean the same as we ourselves grow and change.

In the six years it took me to write (it would be another four years before publication), I abandoned the novel-in-progress twice. The first time was because I got stuck on a critical plot point in which the narrator visits her long-estranged mother at a mental institution. I kept thinking the scene had to be big. But every time I tried to write it, it fell flat. In the end, I stopped working on the novel and took a year off. When I came back to it, I wrote the asylum scene in an afternoon and picked up with momentum.

The next time I nearly gave up was in the last five pages. God, did I cry trying to write the ending! But rather than walk away for another year, this time I locked myself in my old bedroom at my mother’s house and stayed there until I finished. 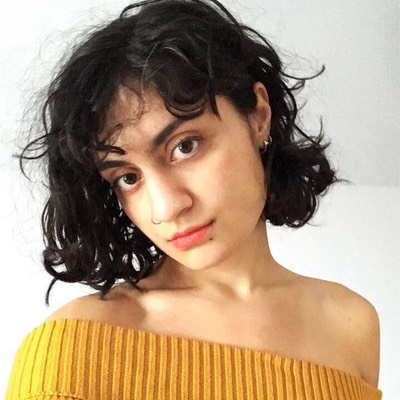 Bahar Orang, Where Things Touch: A Meditation on Beauty (Book*hug Press, ebook June, print August)
I started writing this book halfway through med school, when classes were mostly over and we were working in the hospital. I was doing very fast-paced and extremely structured clinical work, watching open-heart surgeries, participating in deliveries, bearing witness to death and dying. These were amazing encounters but also intense and bewildering. I felt displaced, like I didn’t know how to truly inhabit any of it. Writing this book became a way back in, and I could live inside something where nuance, ambiguity, and attentiveness were precious again. I could suspend some of those moments in the hospital and bring them together with themes and ideas I had been thinking about for a long time.

There were a few central questions I had for the book: Why attend to beauty? How is beauty tied up with care and intimacy? Can I articulate beauty? What are beauty’s possibilities? The book is not a memoir or an autobiography, but these questions have always been important to my life.

Brandon Wint, Divine Animal (Write Bloody North, out now)
Divine Animal’s opening poem, “Incantation,” is a reckoning with the implications of transatlantic slavery. It positions the Atlantic Ocean and the Caribbean Sea as sites of history, and also historical disruption. The book begins with a meditation on the ocean as a way of acknowledging what I do not know about that history both as a descendant of enslaved people and as a first-generation Canadian.

The second section follows those themes but casts a loving, nuanced, tender eye on my grandparents. I grew up in my maternal grandparents’ house, and as I’ve aged, I’ve had lots of opportunity to reflect upon how my life was made richer by my close proximity to them. The poems reflect upon their transition back to life in Barbados (as I imagine it), after spending decades living and raising kids in Canada.

To speak of apocalypse or death or ecological devastation, as so many of the poems in Divine Animal do, felt appropriate in the two years it took to write, but now, in the very centre of a global emergency, some of the poems feel even more grim. The poems that do express an optimistic view of the world are worth clinging to even more strongly now than at any other time in my life.